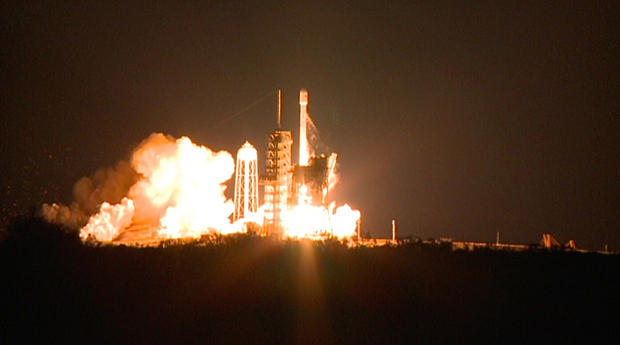 By the light of a waning moon, a SpaceX Falcon 9 rocket flashed to life and streaked away through a deep overnight sky Thursday, boosting an EchoStar communications satellite into orbit to chalk up the California rocket builder’s third successful flight in a row, its second from historic launch complex 39A at the Kennedy Space Center.

Running two days late because of high winds that scrubbed a launch try Tuesday, the nine Merlin 1D engines in the rocket’s first stage ignited with a rush of fiery exhaust at 2 a.m. EDT (GMT-4), quickly pushing the 229-foot-tall rocket away from the pad.

Putting on a spectacular nighttime show, the Falcon 9 smoothly accelerated as it arced to the East over the Atlantic Ocean trailing a long jet of brilliant exhaust visible for miles around.

Two minutes and 43 seconds after liftoff, the first stage engines shut down, the stage fell away and the mission continued under the power of a single engine in the Falcon 9’s second stage. Thirty four minutes after launch, the EchoStar 23 satellite was released to fly on its own.

The satellite’s on-board propulsion system will be used to circularize the orbit at an altitude of 22,300 miles above the equator. In such “geostationary” orbits, satellites take 24 hours to complete one trip around the planet and appear stationary in the sky -- a key requirement for communications stations.

Unlike recent SpaceX flights, there were no landing legs or steering fins on the Falcon 9’s first stage. Because of the weight of the satellite and the requirements of its initial orbit, the rocket did not have enough propellant left over to attempt a landing on an off-shore droneship. Instead, the stage fell back into the atmosphere and broke up, the traditional fate of a fully expendable rocket.

This was the third launch of a Falcon 9 since a spectacular explosion Sept. 1 at the nearby Cape Canaveral Air Force Station that destroyed another booster and its $200 million satellite payload, heavily damaging launch complex 40.

The company then launched a space station cargo ship from pad 39A at the Kennedy Space Center on Feb. 19, the first flight from the historic complex since the shuttle Atlantis took off on the program’s final mission in July 2011.

Setting their sights on three in a row -- the second in a row from pad 39A -- SpaceX engineers test fired the EchoStar Falcon 9’s first-stage engines last Thursday to set the stage for launch. The engines appeared to work normally during the climb to space.

EchoStar, based in Englewood, Colo., operates 25 geosynchronous communications satellites. The company originally hoped to have EchoStar 23 in orbit by the end of 2016, but the flight was delayed in the wake of the Sept. 1 launch pad explosion.

If all goes well, SpaceX hopes to launch an SES communications satellite around March 27, the first flight of a “used” Falcon 9 first stage. Two more flights are expected in April. 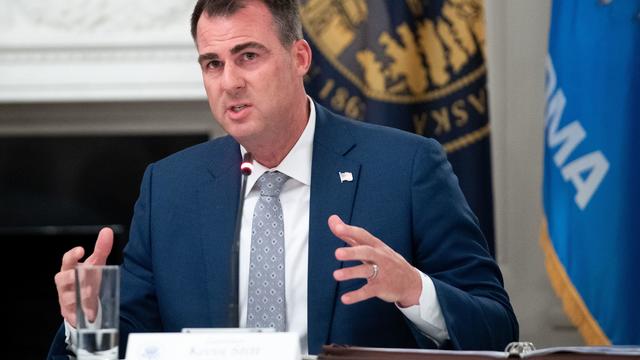 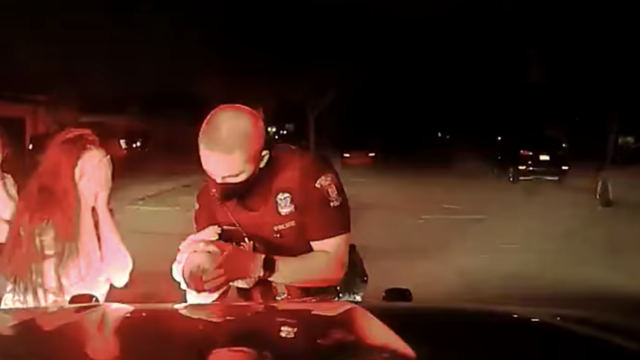