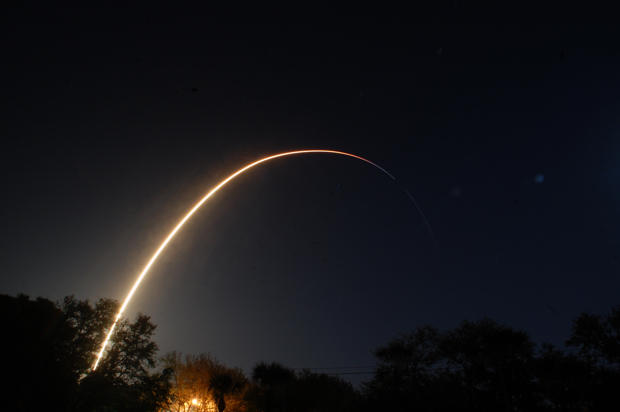 Lighting up the night sky, a SpaceX Falcon 9 rocket making the program's 50th flight thundered away from Cape Canaveral early Tuesday, shattering the overnight calm with a crackling roar as it boosted a Spanish communications satellite toward orbit in the California rocket builder's fifth flight so far this year.

Running more than a week late because of testing and scheduling issues, the Falcon 9's nine Merlin 1D engines ignited and throttled up to liftoff thrust at 12:33 a.m. EST, pushing the booster away from pad 40 at the Cape Canaveral Air Force Station atop a brilliant plume of fire visible for miles around.

With the engines generating 1.7 million pounds of thrust, the slender 229-foot-tall rocket initially climbed straight up, then arced over to the east and shot away over the Atlantic Ocean, rapidly fading from view as it accelerated toward space.

The engines shut down and the first stage fell away about two-and-a-half minutes after launch and the flight continued on the power of the second stage's single Merlin engine. The first stage, meanwhile, fell back into the atmosphere but no attempt was made to recover the rocket.

That's because SpaceX's booster recovery ship remained in Port Canaveral due to rough seas, with waves topping 24 feet in the landing zone. While the first stage carried out a series of re-entry rocket firings just as it would for a droneship landing, the booster was not expected to survive impact in the ocean.

But getting the Hispasat 30W-6 satellite to orbit was the primary goal of the flight and the second stage did just that, reaching a preliminary parking orbit about eight minutes and 40 seconds after launch. A second firing was required to put Hispasat 30W-6 into the required highly elliptical "transfer" orbit.

The satellite will use its own propulsion system to circularize the orbit at an altitude of 22,000 miles above the equator. Satellites in such "geostationary" orbits take 24 hours to compete one trip around the planet and thus appear stationary in the sky -- a critical requirement for communications stations.

As its name implies, Hispasat 30W-6 eventually will be stationed above the equator east of Brazil at 30 degrees west longitude where it will replace an older satellite, Hispasat 1D, providing additional high-speed Ku-band coverage of the Andes region and Brazil, along with expanded service to the Americas and western Europe.

With the Hispasat launch behind them, SpaceX engineers will press ahead with a busy Spring schedule, launching another Falcon 9 carrying 10 Iridium NEXT satellites from Vandenberg Air Force Base, Calif., on March 29, followed four days later by launch of a Dragon cargo ship from Cape Canaveral to deliver supplies and equipment to the International Space Station.

A Falcon 9 is slated to take off from historic pad 39A at the Kennedy Space Center as early as April 5 to boost the Bangabandhu 1 communications satellite into space for the government of Bangladesh followed by launch of NASA's exoplanet-hunting TESS spacecraft from the Cape Canaveral Air Force Station on April 16.

Another Iridium NEXT flight from Vandenberg is expected as early as April 28, followed two days later by launch of the SES-12 communications satellite from Cape Canaveral. An Indonesian relay station is expected to launch atop a Falcon 9 from Florida sometime in May, with another space station resupply mission expected to go up June 9.

If all goes well, SpaceX will launch its second Falcon Heavy rocket as early as June 13, using the world's most powerful booster to put more than 20 small satellites into orbit after launch from the Kennedy Space Center. 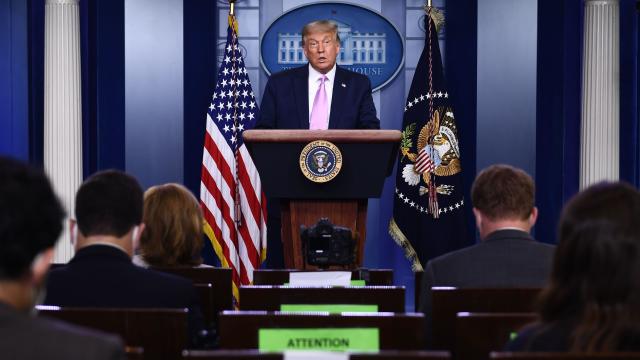 The Trump campaign is calling Harris a "phony" and Biden's liberal "handler." 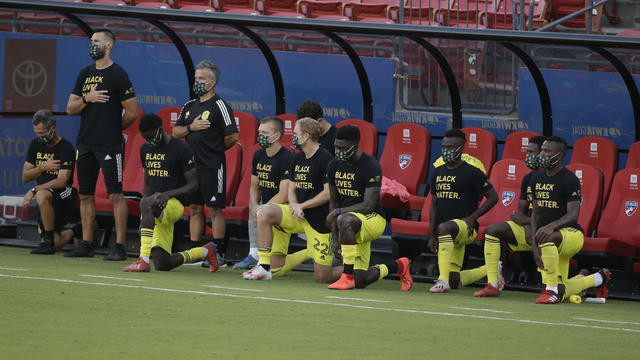 "You can't even have support from your own fans in your own stadium," Dallas defender Reggie Cannon said.