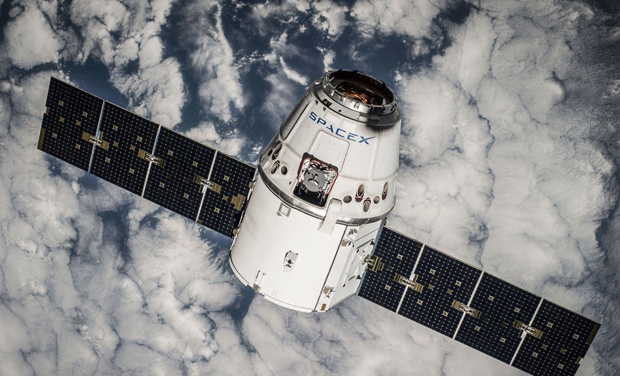 SpaceX has delayed the launch of its fifth operational space station resupply mission from Friday to Jan. 6 because of problems encountered during an engine test firing Tuesday, limited options for additional launch attempts over the holidays and unrelated issues concerning the space station's orbit, the company and NASA confirmed Thursday.

SpaceX spokesman John Taylor said the hot fire test, in which the nine Merlin 1D engines in the Falcon 9 rocket's first stage were briefly ignited Tuesday evening to make sure ground and flight systems were ready for launch, was cut short, but he did not provide any details.

He said it would have been possible to press ahead for launch either Friday or Saturday, but mission managers decided to err on the side of caution and to delay the flight to early January.

"While the recent static fire test accomplished nearly all of our goals, the test did not run the full duration," he said via email. "The data suggests we could push forward without a second attempt, but out of an abundance of caution, we are opting to execute a second static fire test prior to launch."

"Given the extra time needed for data review and testing, coupled with the limited launch date availability due to the holidays and other restrictions, our earliest launch opportunity is now Jan. 6 with Jan. 7 as a backup."

The "other restrictions" refer to so-called "beta angle cutouts," periods when the angle between the sun and the plane of the space station's orbit results in near continuous sunlight and higher-than-normal temperatures that increase the demand on the lab's cooling systems.

The next cutout, extending from Dec. 28 to Jan. 7, would not have any impact on the Falcon 9's launch, but the arrival of the SpaceX Dragon cargo ship could cause problems. For a launch on Jan. 6, the Dragon would reach the station on Jan. 8, after the beta constraint eases.

In the wake of the space shuttle's retirement, NASA is relying on Orbital and SpaceX to deliver critical U.S. supplies and equipment to the lab complex, augmenting cargo carried up aboard Russian Progress supply ships and occasional Japanese freighters.

With the Antares out of action for the next year or more pending modifications and adoption of new engines, a steady string of SpaceX flights will be critical for delivering the logistics and research gear needed to support the station's six-member crew.

The January flight will be SpaceX's fifth operational resupply mission under a $1.6 billion contract with NASA that calls for 12 flights and delivery of some 40,000 pounds of hardware and supplies. Orbital Sciences holds a $1.9 billion contract for eight flights of its Antares/Cygnus spacecraft to deliver a similar amount.

The Falcon 9 now is targeted for launch at 6:18 a.m. EST (GMT-5) on Tuesday, Jan. 6. Assuming no problems develop, the rocket's first stage will attempt to land on a modified barge some 200 miles east of Jacksonville, Fla., for recovery and possible refurbishment for another launch. The test is part of a long-range plan to lower costs by recyling booster hardware that otherwise would be discarded at sea.

But the primary goal of the mission is to deliver needed cargo to the space station. If all goes well, the Dragon cargo ship will carry out a complex rendezvous to catch up with the lab complex two days after launch, pulling up to within about 30 feet and then standing by while Expedition 42 commander Barry "Butch" Wilmore, operating the lab's robot arm, locks onto a grapple fixture.

Ground controllers then will take over, remotely operating the arm to move the Dragon capsule into position for berthing at the Earth-facing port of the forward Harmony module. Wilmore, assisted by European Space Agency astronaut Samantha Cristoforetti, will operate the common berthing mechanism, driving home motorized bolts to lock the spacecraft in place.

The Dragon will be loaded with more than 3,700 pounds of cargo in the ship's pressurized hold, along with a 1,000-pound atmospheric research instrument mounted in an unpressurized trunk section accessible by the robot arm. The Cloud Aerosol Transport System, or CATS, instrument will be extracted later and mounted on a platform attached to the Japanese Kibo lab module.

The launch delay, NASA said in a statement, "has no impact on the station's crew or its complement of food, fuel and supplies and will not affect the science being delivered to the crew once Dragon arrives at the station."