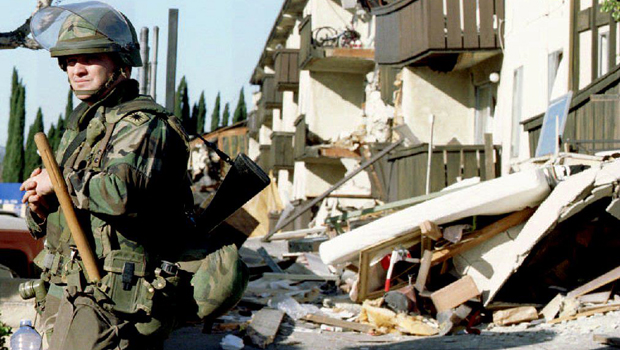 The warning for Southern California came during the National Earthquake Conference in Long Beach, which has drawn scientists from all over the world.

"Locked, loaded, and ready to roll," is how scientists described the San Andreas.

Benthien and other experts at the conference say the San Andreas hasn't relieved stress building up for more than a century, making it long overdue for a massive quake as strong as a magnitude 8.0.

"If it's a long time since you've had an earthquake on a fault, the more pressure has built up, and when you release that pressure, then you have a larger earthquake," Benthien said.

A simulation shows the shaking that could be felt for nearly two minutes across Southern California during a possible magnitude-8.0 quake on the fault.

That would make it 60 times stronger than the 1994 Northridge quake, which lasted for only about 20 seconds.

That quake wasn't on the San Andreas but killed dozens of people and left behind nearly $40 billion in damage.

More than two decades later, are L.A.-area residents ready for something that could be a lot stronger?

"We have water stored away in the garage always and canned food is always ready to go, but there's always room for more," said Robert Rojas, who has prepared for a quake.

"I'd hide under the table with my family and pray no one gets hurt," said Roderica Johnson, another resident.

The last major shaker to strike the southern San Andreas was in 1857. That was a magnitude-7.9. Perhaps that's why scientists say it's been way too quiet since then.