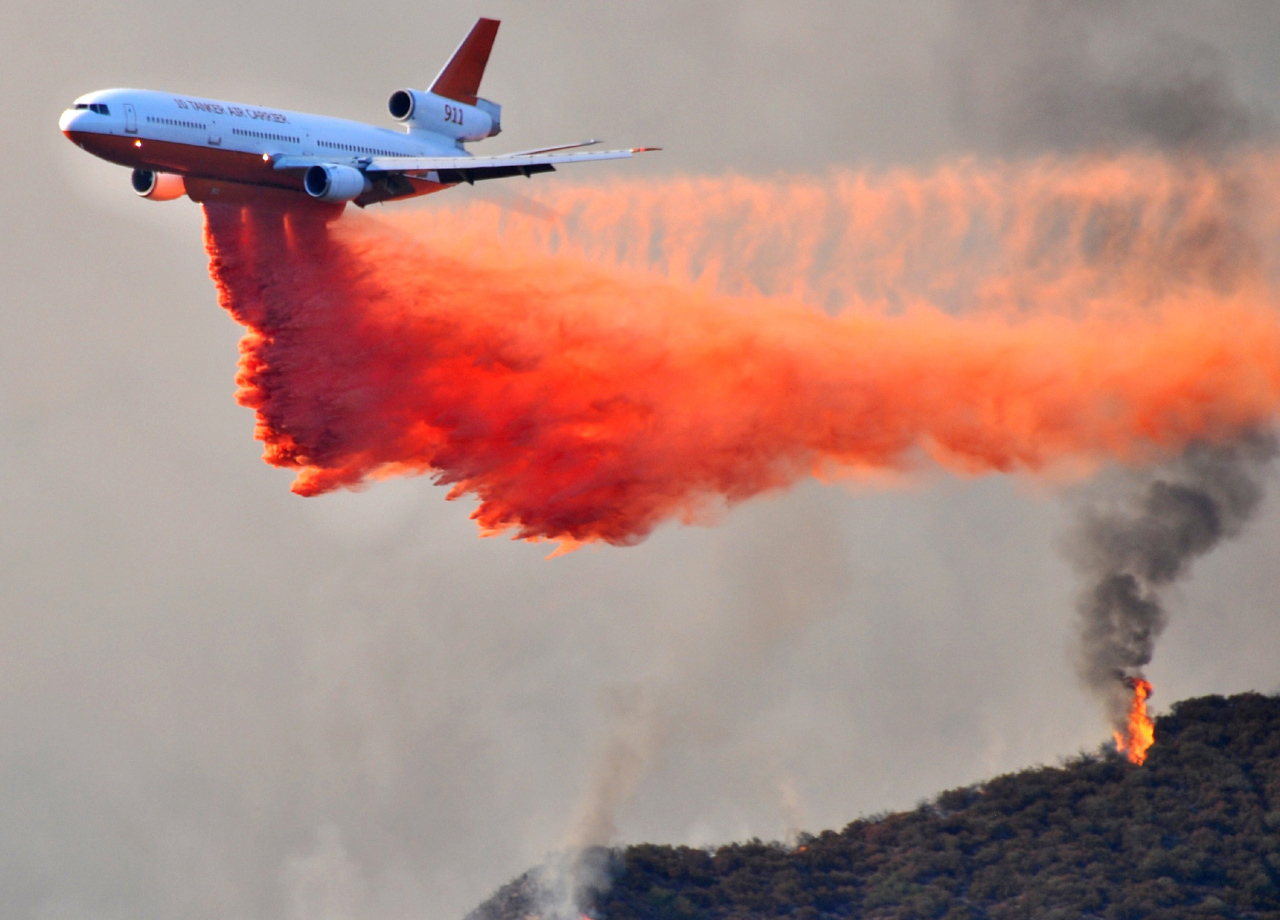 (AP) GLENDORA, Calif. - A wildfire in the Angeles National Forest that forced the evacuation of thousands of visitors has grown another 500 acres and additional firefighting resources have been requested.

The fire, which broke out near a campground Sunday afternoon, grew overnight to about 4,100 acres, or roughly 6 square miles, said U.S. Forest Service spokeswoman Angie Lavell.

The Ventura County Fire Department said the blaze broke out about 11 a.m. Monday and quickly charred 25 acres of rugged, mountaintop terrain in the Lockwood Valley area. No structures were immediately threatened.

Ventura called out 18 firefighting units to the scene to try to contain the blaze.

Billowing smoke could be seen for miles in the distance.

For the Angeles National Forest fire, containment stands at about five percent. Officials set up an incident management team early Monday morning to map out a long-term strategy to battle the blaze, Lavell said.

The flames continue to burn deeper into a wilderness area away from any structures, she said.

Campgrounds that typically attract up to 12,000 visitors on the holiday weekend, as well as rehabilitation centers and the private community of Camp Williams Resort, were evacuated on Sunday.

The Red Cross has set up an evacuation center at Glendora High School.

The forest is heavily used by Southern California residents because it is close to populated areas.

Officials said campgrounds, while not in the line of the fire, had to be emptied so that the only road in and out of the San Gabriel Canyon could be open just for fire trucks and emergency vehicles.

About 300 firefighters were aided by six water-dropping helicopters, an air tanker and 25 engines. Fire officials activated the use of a DC-10 capable of dropping thousands of gallons of retardant.

The cause of the fire was under investigation.

A 2009 fire, which killed two firefighters, destroyed 89 homes and blackened 250 square miles of forest. It was the largest in Los Angeles County history.

In Northern California, firefighters expected to spend Monday focusing on the rugged and remote northern edge of a weekslong fire in Mendocino County. Full containment is expected by Sept. 10.

More than 1,600 firefighters continue to battle the blaze, which has scorched more than 65 square miles and remained at 58 percent contained.