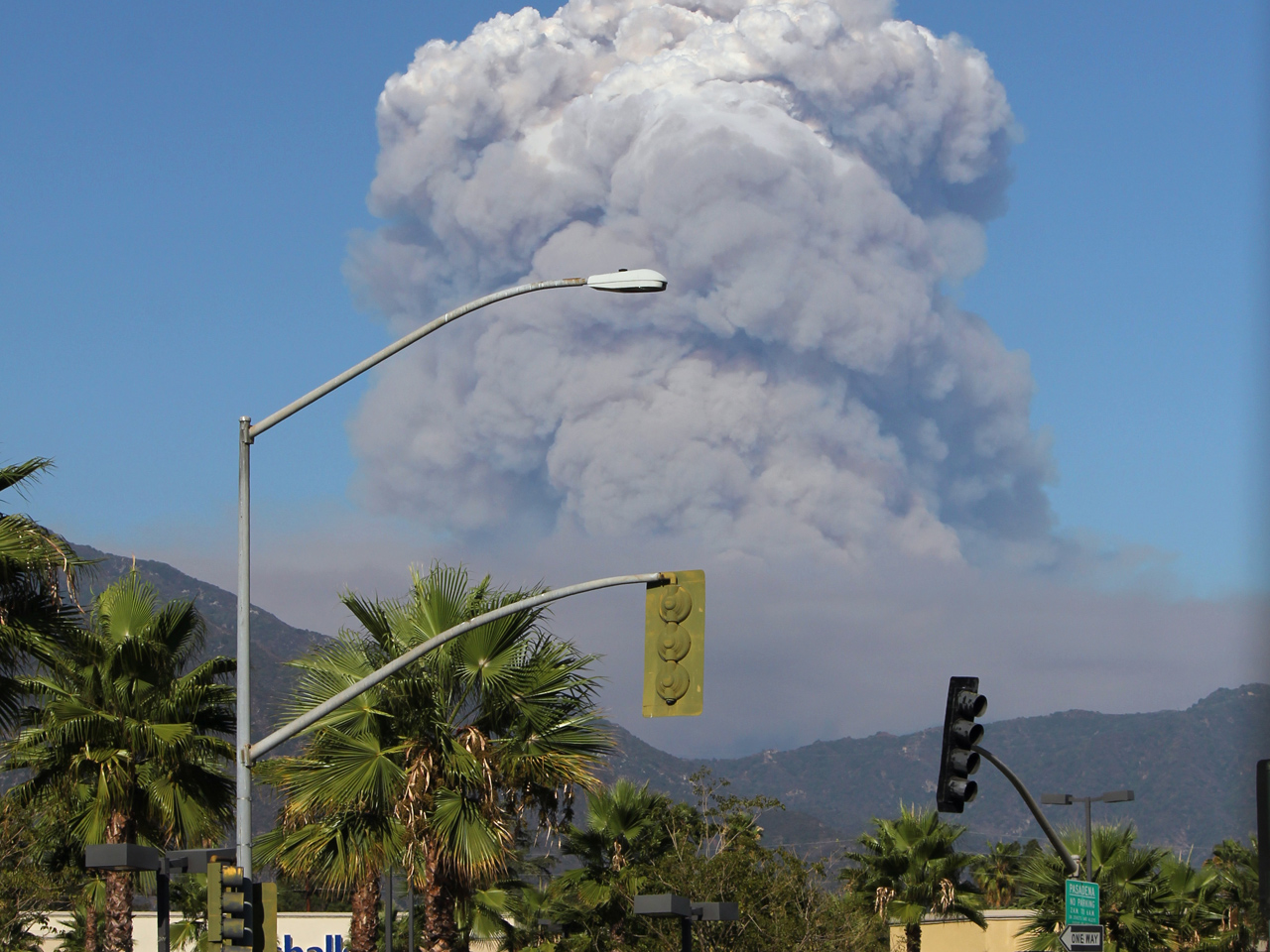 (CBS/AP) GLENDORA, Calif. - A wildfire that broke out in the Angeles National Forest on Sunday forced the evacuation of thousands of visitors and sent a huge cloud of smoke that could be seen from throughout the Los Angeles basin.

The fire broke out near a campground around 2:30 p.m. and spread quickly, fueld by dry brush.

It forced the evacuation of campgrounds that typically attract up to 12,000 visitors on Labor Day holiday weekend, as well as rehabilitation centers and the private community of Camp Williams Resort above the city of Glendora, forest spokeswoman L'Tanga Watson said.

"We got most folks out along the recreational area," Watson said.

CBS News correspondent Bill Whittaker reports the fire forced the evacuation of thousands of people from a mobile home park and local campgrounds. One firefighter and two others required medical assistance on Sunday as a result of the blaze, which had charred at least 3,600 acres by nightfall. It was not immediately clear what the three victims were treated for.

Officials told CBS News station KCAL that it was believed campers barbequing may have sparked the fire, but the cause was still officially under investigation.

The fire was burning thick brush that was not touched by the destructive Station Fire in 2009, Watson said. She said the fire, fueled by a combination of dry, hot conditions and the heavy brush, was marching uphill toward the wilderness.

About 200 firefighters, aided by four water-dropping helicopters and nine air tankers, were battling the blaze. Fire officials also activated the use of a DC-10 capable of dropping thousands of gallons of retardant.

Officials told KCAL that as of Sunday afternoon the fire was 5 percent contained, and at least 300 firefighters were battling the blaze on the ground.

The cause of the fire was under investigation and Firefighters speculated the blaze might have been sparked by campers who were barbecuing.

In Northern California, a fire that's been burning since Aug. 18 in a rugged area of Mendocino County has destroyed seven homes and nine outbuildings, fire officials said Sunday.

Fire spokeswoman Kate Kramer says the increase in the number structures burned in the North Pass fire comes as crews found more destroyed buildings in the remote area over the weekend.

The fire, which has scorched nearly 64 square miles, is 58 per cent contained.