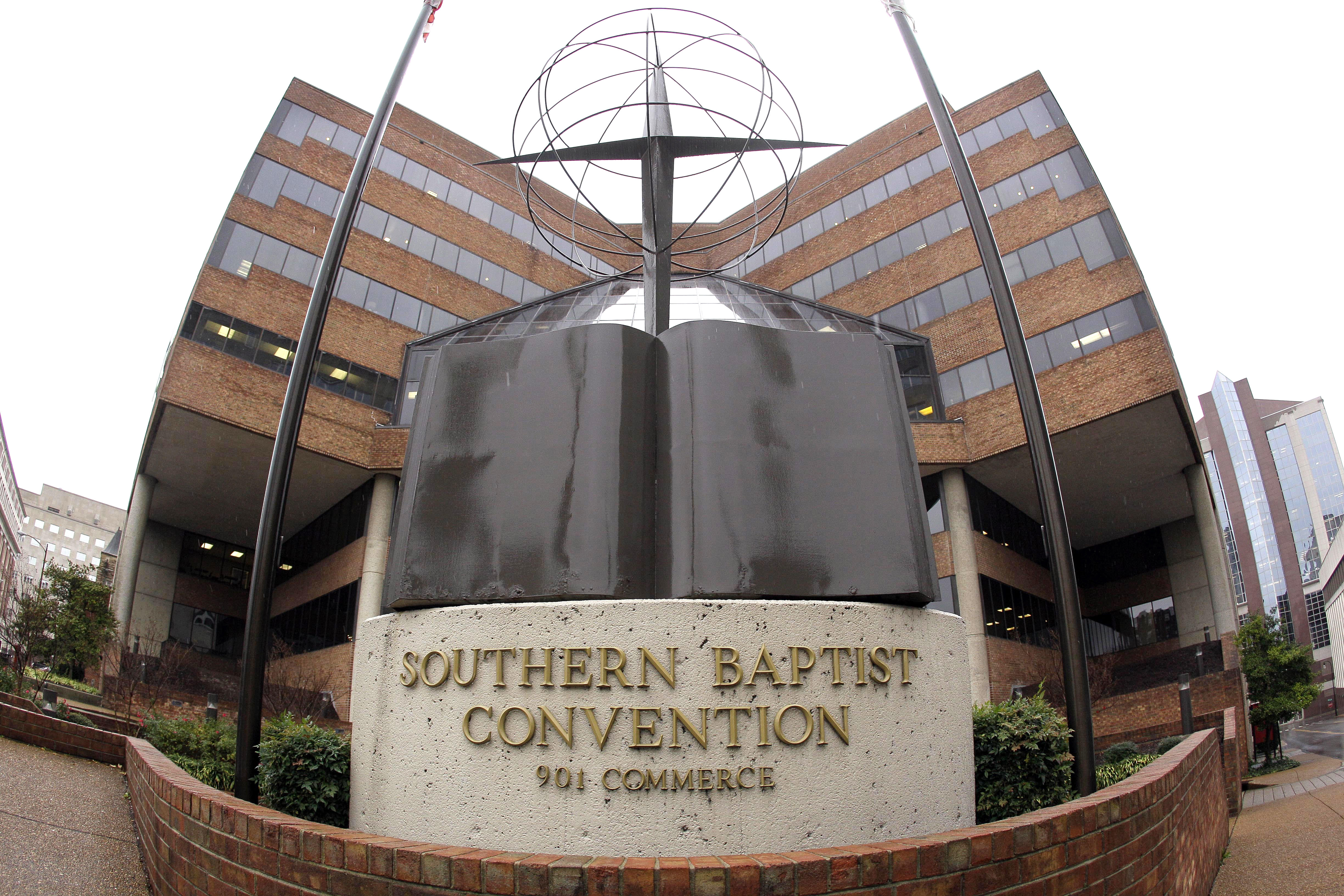 ALBANY, Ga. -- Leaders of the Southern Baptist Convention are expelling a Georgia church that was accused of racial discrimination. The denomination's media office tweeted Monday that members of the executive committee had voted to withdraw fellowship from Raleigh White Baptist Church in Albany, Georgia.

The tweet says the church is being disassociated over "clear evidence" of racism. The church's local association severed ties earlier this year.

A phone message left at the church wasn't returned immediately.

News reports say the majority white Raleigh White Baptist agreed in 2015 to share its building with the majority black New Seasons Church, which outgrew it in size. Reports say Raleigh White members blocked members of the black church from entering one Sunday in March, prompting action.

The SBC has struggled to overcome its history as a denomination formed in defense of slaveholders.

One order of business is a draft resolution co-signed by dozens of SBC leaders calling on the largest Protestant denomination in the U.S. to repudiate any rhetoric or behavior that dishonors women. The resolution denounces those who commit or cover up such actions, and urges congregations and ministers to abide by all laws mandating the reporting of sexual abuse and assault.

In a late addition to the program, the SBC announced that Vice President Mike Pence would address the meeting on Wednesday.

Not on the agenda in Dallas is any reconsideration of the SBC's doctrine of "complementarianism," which espouses male leadership in the home and in the church and says a wife "is to submit herself graciously to the servant leadership of her husband."

However, numerous SBC leaders are saying the doctrine needs to be observed in a way that's respectful of women and encourages them to play an active role in church affairs.

In a recent video posted on Facebook, the Rev. J.D. Greear, one of two candidates to become the SBC's next president, said the church has hurt itself by excluding women from top leadership posts.

Complementarianism "is biblical and we need to honor that ... but at the same time recognize that God has gifted women with spiritual gifts," he said. "We need to be as committed to raising them up in leadership and ministries as we are to our sons."

Greear, 45, a megachurch pastor from North Carolina who sometimes preaches in jeans and shirts with no sport coat, faces pastor and former seminary president Ken Hemphill, 70, in the presidential election.

Greear narrowly lost the election for president in 2016, and has been viewed by many Southern Baptists as the inevitable winner this time. Hemphill was nominated by some veteran SBC leaders who view him as less likely to propose potentially divisive changes.

As the two-day meeting gets started, advocates of a greater role for women in the SBC plan a protest rally outside the convention center. Rally organizers want the SBC to create a database of clergy sex offenders and require all pastors and seminarians to undergo training on how to address domestic abuse and sexual assault.

Paige Patterson, the central figure in the most prominent of the SBC's #MeToo cases, had been scheduled to deliver the featured sermon at the national meeting. However, he withdrew from that role Friday, heeding a request from other SBC leaders.

Patterson was recently dismissed as president of Southwestern Baptist Theological Seminary in Texas because of his response to two rape allegations made years apart by students. He also was accused of making improper remarks about a teenage girl's body and contending that women who are in abusive relationships should almost always stay with their husbands.

SBC leaders say there are many more cases - adding up to a humiliating debacle for the 15.2 million-member denomination.

"The avalanche of sexual misconduct that has come to light in recent weeks is almost too much to bear," the Rev. Albert Mohler, president of the Southern Baptist Theological Seminary, wrote in a recent blog post.