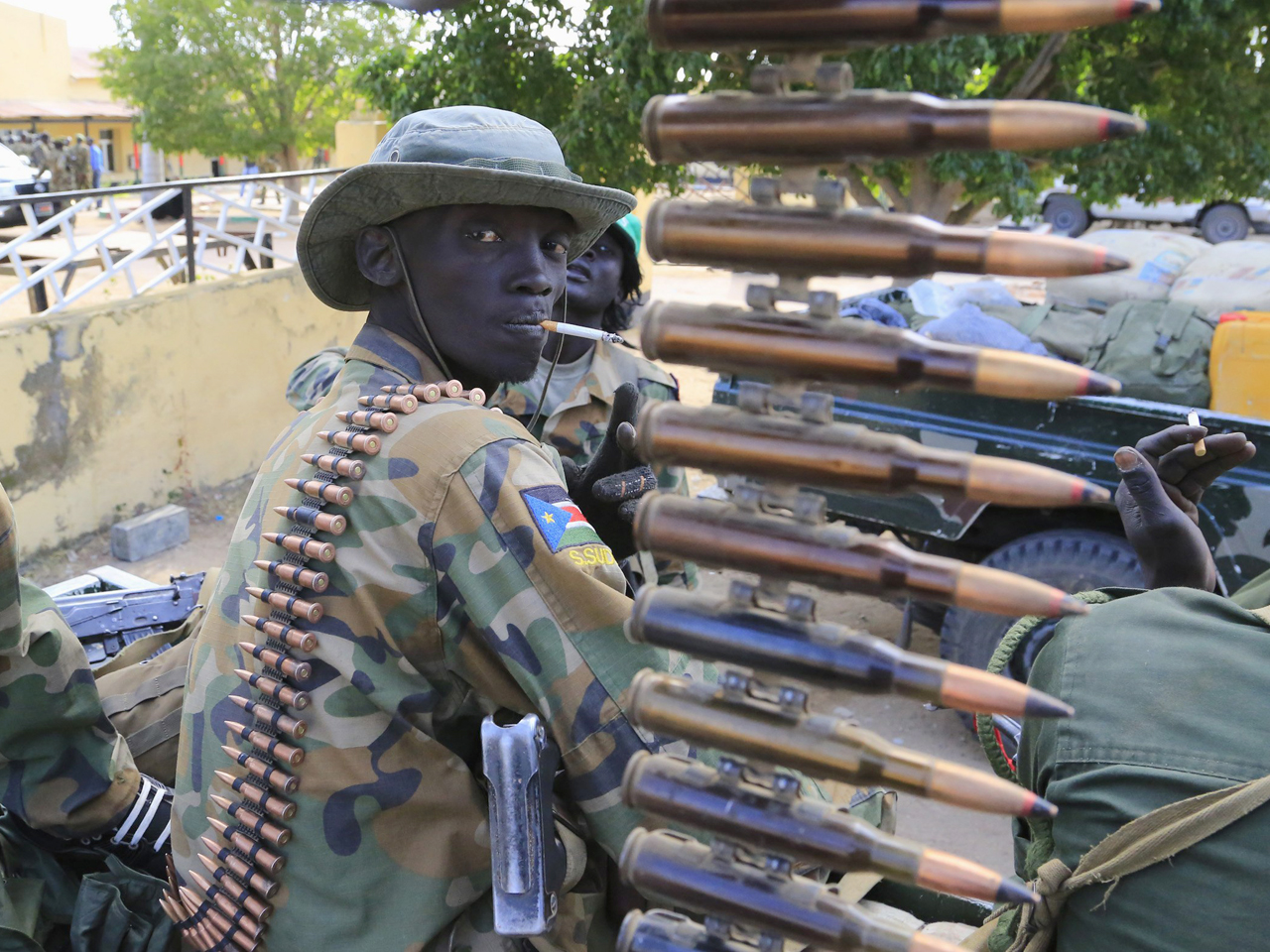 JUBA, South Sudan - Anti-government rebels in South Sudan took control of nearly all of a strategic city on Tuesday even as officials announced that representatives from the government and the rebels agreed to hold talks for the first time.

The announcement that talks would soon take place in neighboring Ethiopia was the first political breakthrough since ethnically-based violence began coursing through South Sudan late on Dec. 15. The violence has killed more than 1,000 people - a number that is believed to be a low estimate - and has seen the country's two most powerful ethnic groups fight each other.

The United States envoy to the region, Donald Booth, met with President Salva Kiir on Tuesday - their fourth meeting in eight days - and spoke on the phone with the former vice president, Riek Machar, who is accused by the government of having tried to carry out a coup, a charge he denies.

Booth told reporters in Juba that the commitment to meet by the two sides was a "first step but very important step" toward achieving a cessation of hostilities and substantive talks to resolve the underlying political issues that could bring a halt to the violence.

Earlier in the day, heavy fighting erupted in Bor, the contested provincial capital of Jonglei state, which is a short drive from the capital, Juba. Government troops battled renegade forces loyal to Machar including the Nuer tribal militia known as the "White Army," said military spokesman Col. Philip Aguer.

South Sudan's government had been warning of a looming battle for Bor, at one point saying 25,000 armed youths were moving toward the city. That number was later lowered but enough forces converged Tuesday to take control of most or all of the city, said a senior U.S. official who insisted on anonymity.

Bor is the town where gunfire hit three United States military aircraft trying to evacuate American citizens on Dec. 21, wounding four U.S. service members. A pro-Machar commander who defected from South Sudan's military, Peter Gadet, mobilized "elements of the White Army" in a bid to retake the town, according to Aguer. The White Army is so named because of the ash fighters put on their body to protect themselves from insects.

The recapturing of Bor, which is only about 75 miles from South Sudan's capital, Juba, could give Machar an upper hand at the negotiating table. But international officials urged Machar not to move his troops past Bor toward the capital, Juba, said an international official who insisted on anonymity because he wasn't authorized to speak to the press.

On Monday Ugandan President Yoweri Museveni warned Machar to report to the negotiating table, or "we shall have to go for him, all of us." Ugandan troops and several of their attack helicopters are already in South Sudan assisting the military, and international officials do not want to see more countries become involved in the warfare. Because of its long years fighting in Somalia, Uganda has perhaps the most seasoned military in East Africa.

Machar appears to be sending representatives to the negotiating table even though one of his earlier demands - that about a dozen high-level political prisoners being held by the government be released - has not yet been met. Machar has not repeated his demand in recent days that Kiir step down as president, the senior U.S. official said.

South Sudan has been hit by unrest since Dec. 15, when fighting among presidential guards later spiraled into ethnically-based violence across the country. Although an uneasy calm has been restored in the capital, Juba, violence persists in other parts of the oil-producing East African country. Rebel forces still control the oil-producing center of Bentiu, said army spokesman Aguer.

Regional leaders under a bloc known as IGAD last week set Tuesday as the deadline for Kiir and Machar to start peace talks.

Although Kiir insists the latest unrest was sparked by a coup mounted by soldiers loyal to Machar on Dec. 15, this account has been disputed by some officials of the ruling party who say violence broke out when presidential guards from Kiir's majority Dinka tribe tried to disarm guards from the Nuer ethnic group of Machar.

South Sudan has been plagued by ethnic tension and a power struggle within the ruling party that escalated after Kiir sacked Machar as his deputy earlier this year. Machar has criticized Kiir as a dictator and says he will contest the 2015 presidential election.

The United Nations, South Sudan's government and other analysts say the dispute is political at its heart, but has since taken on ethnic dimensions. The fighting has displaced up to 180,000, according to the U.N.