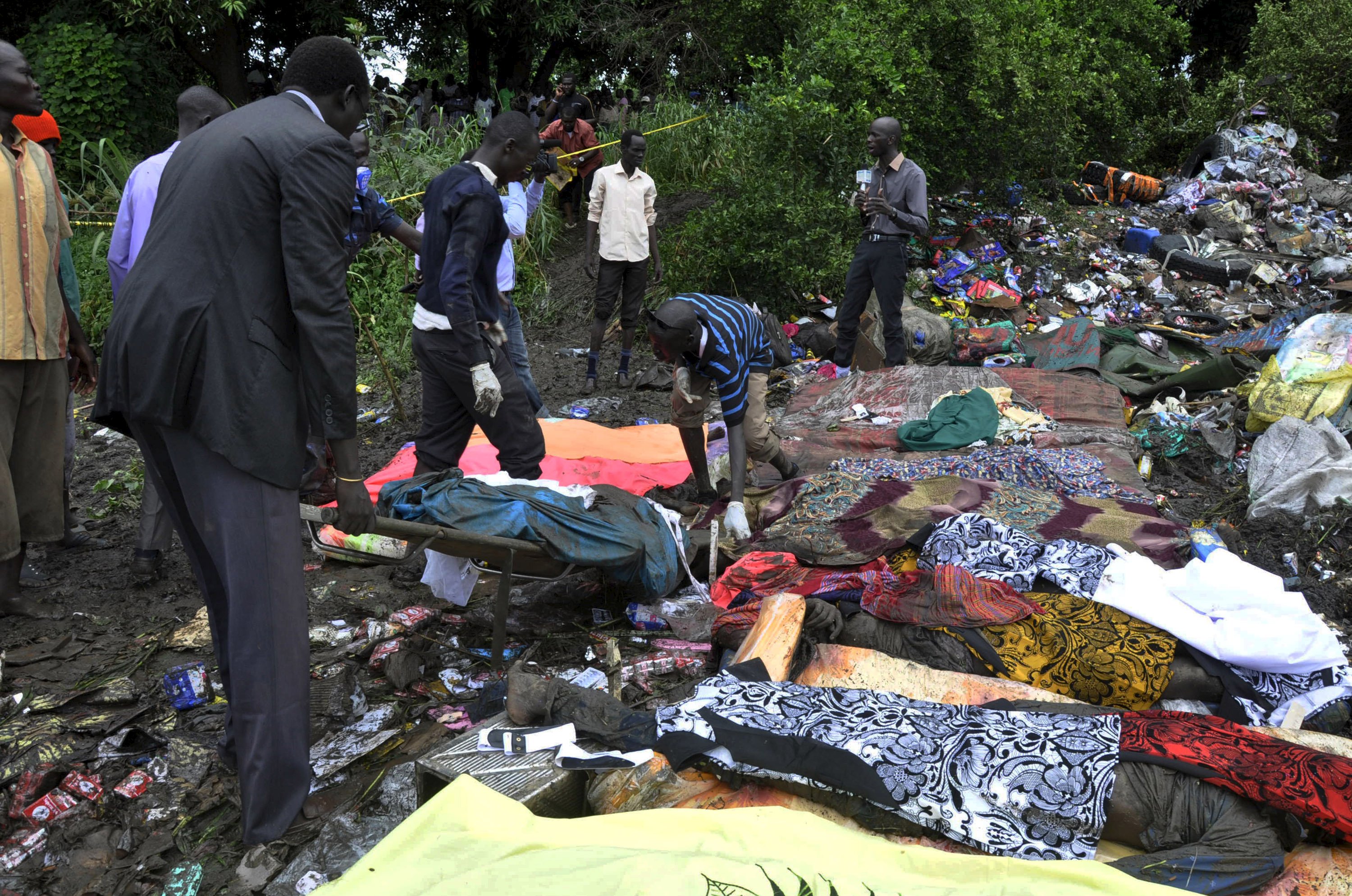 JUBA, South Sudan -- A cargo plane that was reportedly overloaded crashed along the banks of the Nile River after taking off from the South Sudan's capital, killing at least 25 people, witnesses and officials said.

Reports from witnesses to other news organisations said that more than 40 people were killed in the crash, but there was no immediate confirmation of the death toll from officials in South Sudan.

An Associated Press reporter at the scene of the crash saw the bodies, including those of women and children. Parts of the plane were scattered in a bushy area on banks of the Nile with a few homes nearby. Packages of cheap sandals, cigarettes, beer and crackers were strewn amid the wreckage. The white tail section protruded from the brush.

Bashir Yashin, who saw the plane come down, said it seemed as though initially the plane might crash into a market area before the pilot apparently diverted it. Another witness, Angelo Kenyi, said a child, who looked no more than a year old, and an elderly woman were pulled from the fuselage.

Apparently all of those killed had been on the plane, local residents said, which crashed into a swampy, muddy farm plot in Juba with no structures. Onlookers quickly gathered near the site, about 1 mile from Juba's international airport. After the crash, planes were still taking off and landing at the airport.

Presidential spokesman Ateny Wek Ateny said the plane had been bound for the Paloich oil fields in Upper Nile state. Rebels and government forces have been battling for control of Upper Nile state. Juba, the capital, has been peaceful recently.

The Antonov plane crashed shortly after taking off, Ateny said. He gave no more details.

Russian television channel LifeNews quoted an unnamed source at the Russian aviation agency as saying that the plane appeared to have been overloaded and that it was made in the Soviet Union in 1971. There has been no official reaction from Russian authorities so far.

It is common for the security services to put family members on the cargo planes to Paloich even if they are not on the manifest, according to Kenyi Galla, assistant operations manager for Combined Air Services, a company that operates chartered flights across South Sudan. The doomed flight was not chartered by his company, Galla said..

"Normally (this flight) used to carry 12 people, but the problem is they added more people," he said. "This plane is just for cargo, not for passengers. It was just chartered for goods."

Many parts of South Sudan, which became an independent nation in 2011, have been hit by violence since December 2013, with government forces under President Salva Kiir battling rebels led by his former deputy, Riek Machar. Fighting persists despite a peace agreement signed in August.