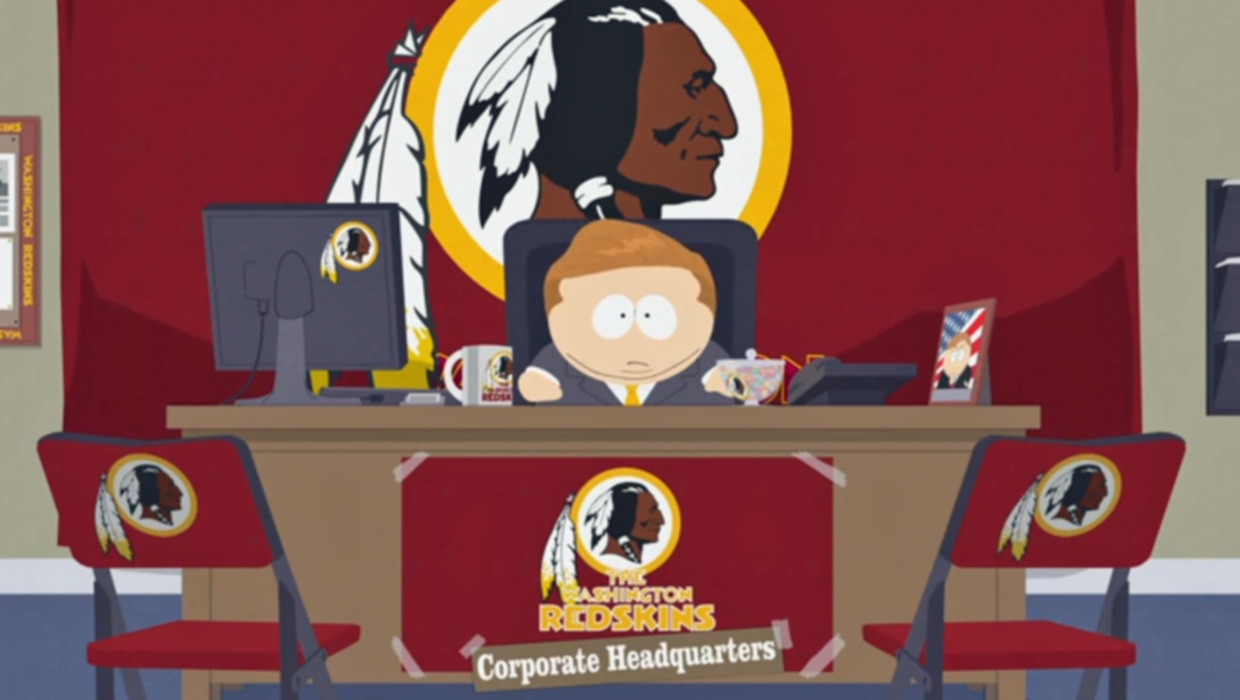 The makers of "South Park" are known for tackling controversial subjects, and the debate over the Washington Redskins' name isn't off limits.

In a new promotional spot for the upcoming 18th season, the showrunners behind the animated series take aim at the Redskins' owner, billionaire Dan Synder, who has refused to alter the NFL team's name despite public protests and pressure from Washington.

Several Native American groups have been trying for decades to have the name legally changed, as some consider the term "redskins" offensive and a racial slur. Snyder has vowed not to give in, however, citing tradition and legacy as reasons for keeping the name.

In an upcoming episode, Cartman names his new company after the Washington Redskins, following the U.S. Patent and Trademark Office's ruling in June to revoke some of the team's trademarks, for having a brand name that is "disparaging to Native Americans."

The devious Cartman can be seen in the new promo clip sitting behind a desk in an office decked out in Redskins paraphernalia, as Snyder begs with the fourth-grader to change the name of his new company.

"Don't you see that when you call your organization the Washington Redskins, it's offensive to us?" the animated Snyder says in the clip, using the same argument made against him by several activist groups.

"When I named my company Washington Redskins, it was out of deep appreciation for your team and your people," Cartman responds, mocking quotes the real-life Snyder has made over the issue.

"South Park" executive producers Trey Parker and Matt Stone aren't the only ones who are bothered by Snyder's stance.

In May, 50 U.S. senators (all of whom belong to the Democratic caucus) sent an official letter to NFL commissioner Roger Goodell, urging him to take action over the matter.

In September, Sen. Maria Cantwell (D-Wash.) said she would introduce a bill to eliminate the NFL's tax-exempt status after Goodell failed to respond to the controversy.

Goodell has also been under fire lately for the league's handling of several high-profile domestic abuse cases, and you can expect to see that controversy spoofed as well on the new season of "South Park," which kicks off Wednesday at 10 p.m. ET on Comedy Central.

Tell us: Do you think the Redskins name should be changed?