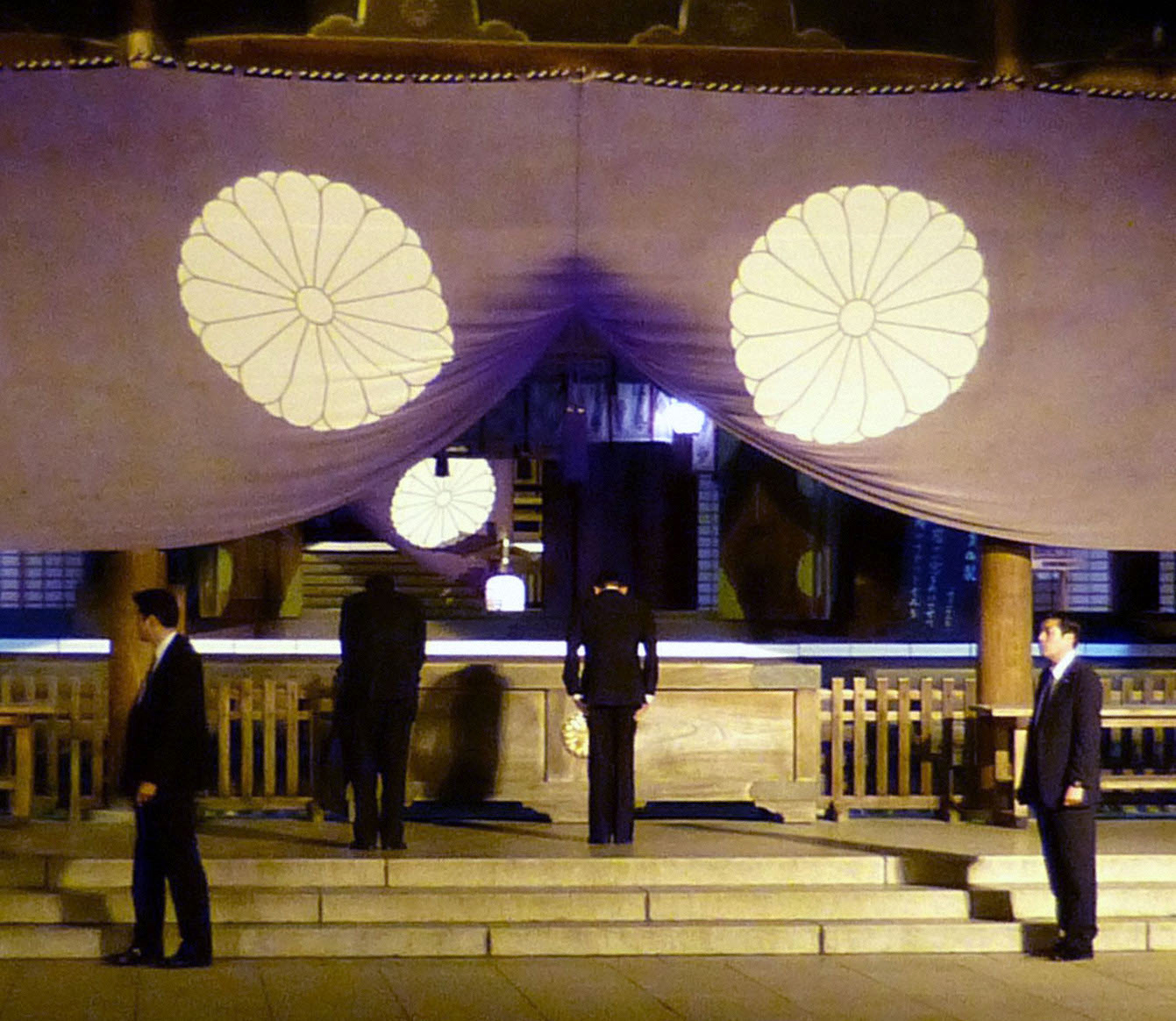 TOKYO Japan's government said Monday that donations by the prime minister to a controversial war shrine and visits by three Cabinet ministers were made in an unofficial capacity, while neighbors China and South Korea lodged protests over the actions.

Yasukuni Shrine honors Japanese wartime leaders convicted of war crimes among 2.5 million Japanese killed in fighting during World War II. The shrine compound has a war museum that glorifies Japan's wartime past, and the site is a focus of nationalist pride among Japanese conservatives and right-wingers.

Visits to the shrine by political leaders are routinely criticized by China and South and North Korea, which bore much of the brunt of Japan's pre-1945 militarist march through Asia. The visits are regarded as evidence that Japan's leaders do not acknowledge their country's responsibility for its militarist past.

Dozens of parliamentarians are expected to make a group visit on Tuesday which will likely invite more protests. A separate group of ultra-nationalists plans to approach East China Sea islands at the center of a territorial spat between Japan and China, further complicating the problem.

Top government spokesman Yoshihide Suga said Prime Minister Shinzo Abe donated religious ornaments with "prime minister" written on them to mark Yasukuni Shrine's spring festival, but didn't visit the shrine himself. The finance minister and two other Cabinet ministers prayed at the shrine over the weekend.

"My understanding is that the three ministers paid visits to the shrine in their private capacity," Suga told a news conference. "There is no government comment on their shrine visits as private citizens."

But at least one Cabinet minister, National Public Safety Commission chief Keiji Furuya, told reporters that he prayed as a state minister during his visit Sunday.

"As a national lawmaker, it is only natural to offer prayers to the sacred spirits who sacrificed their lives for the country," Furuya said.

Suga acknowledged reports that South Korea canceled foreign ministerial talks but said the meetings later this month were at a planning stage and weren't official.

In Seoul, a Foreign Ministry spokesman expressed "deep concern and regret" over the actions by Abe and the other Cabinet members, calling Yasukuni a place that "glorifies Japan's wars of aggression that caused huge losses and pain to the peoples of neighboring countries."

China's Foreign Ministry said it lodged a diplomatic protest over the "negative moves." Spokeswoman Hua Chunying said in Beijing that how Tokyo treats Yasukuni Shrine is a test of Japan's ability to respect people in the countries it attacked.

"People of the whole world, including the Chinese people, are watching them. There is a mountain of iron-hard evidence for the crimes committed by Japanese invaders during the Second World War. Only by facing up to and deeply reflecting on the history of aggression can Japan possibly create a future and develop friendly and cooperative relations with the people of Asia," Hua said at a daily news briefing.

The weekend visits came amid heightened tension among the Northeast Asian nations. Japan is at odds with South Korea over an island group in the Sea of Japan that Seoul has controlled since the 1950s, and is increasingly at odds with China over a group of small islands in the East China Sea that both countries claim.

Suga said Monday that the shrine visits and donations were private and shouldn't affect diplomacy.

"Each country has its own stance on different issues. We should not let these things affect diplomatic relations," Suga said.

Abe last visited the shrine in October, when he was opposition leader.