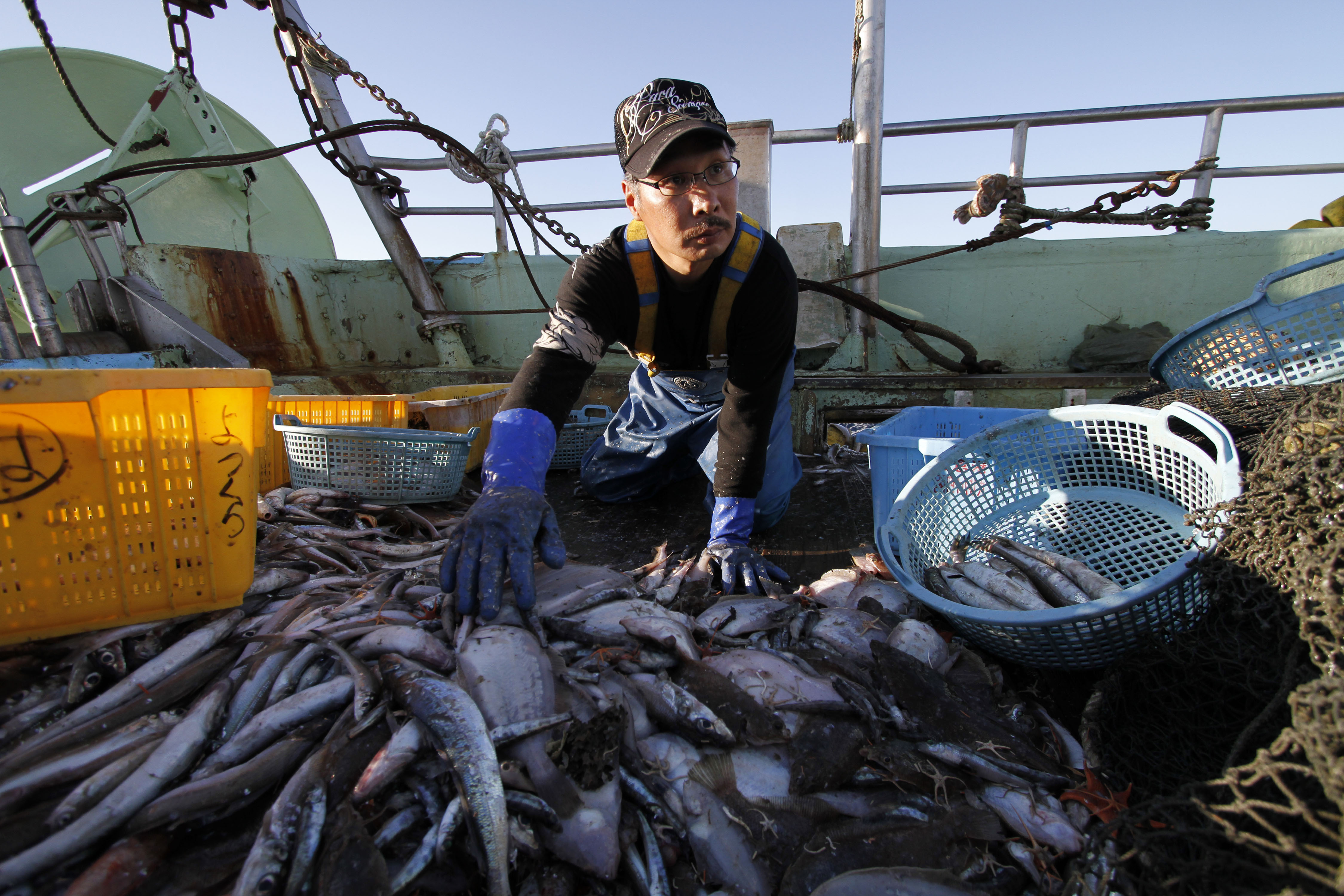 SEOUL, South Korea South Korea announced Friday that it was banning all fish imports from along Japan's northeastern coast because of what officials called growing public worry over radioactive water leaking into the Pacific Ocean near the crippled Fukushima Dai-ichi nuclear power plant.

Fisheries in Fukushima prefecture (state) are closed, and fish caught in nearby prefectures are sold on the market only after tests have shown them to be safe for consumption.

However, South Korea's ban applies a total of eight prefectures with a combined coastline of more than 430 miles, regardless of whether the fish pass safety standards or not.

The South Korean government made the move because of insufficient information from Tokyo about what steps will be taken to address the leakage of contaminated water from the Fukushima Dai-ichi nuclear power plant, according to a statement by the Ministry of Oceans and Fisheries.

Tokyo Electric Power Co., the plant's operator, acknowledges that tons of radioactive water has been seeping into the Pacific from the plant for more than two years after the March 2011 earthquake and tsunami led to meltdowns at three reactors at the plant. Recent leaks from tanks storing radioactive water used to cool the reactors have added to fears that the amount of contaminated water is getting out of hand.

The Japanese government announced Tuesday that it would spend $470 million on a subterranean ice wall and other steps in a desperate bid to stop leaks of radioactive water from the crippled Fukushima nuclear plant after repeated failures by the plant's operator.

Japan's chief Cabinet secretary, Yoshihide Suga, said Friday that fish and seafood that go to market are tested for radiation and shown to be safe. Suga also stressed that the contaminated water flowing into the ocean is limited to a small area off the coast of the Fukushima plant.

"There is an international standard on food, including fish, and we are carrying out stringent safety controls based on those standards. We ask South Korea for a response based on science," he told reporters.

South Korea Vice Fisheries Minister Son Jae-hak said in a briefing that the eight prefectures in 2012 exported to South Korea 5,000 metric tons of fishery products, or about 13 percent of the 40,000 total tons imported last year from Japan. Fish will be banned from the following prefectures: Aomori, Iwate, Miyagi, Fukushima, Ibaraki, Gunma, Tochigi and Chiba.

CBS News correspondent Seth Doane reported in August that for more than a year after the March 2011 earthquake and tsunami, fishermen in Fukushima weren't allowed to fish at all.

In late July, just a month after they were allowed to begin fishing again, the new leaks from the Dai-ichi plant were revealed, compounding their woes.

"It seems like we took one step forward and as soon as things were getting brighter, the leakage put a damper on it," fisherman Hiroaki Adachi told CBS News, weeks before the South Koreans decided to ban imports.

Hisashi Hiroyama, a Japanese Fisheries Agency official, said Japan exports about 9.2 billion ($92 million) of fish a year to South Korea. The most common fish exported from Japan to South Korea was Alaskan Pollock.

Scientists have long believed that contaminated water was reaching the ocean, based in part on continuing high levels of radioactive cesium found in fish living at the bottom of the sea. Scientists have also noted a rise in strontium-90 and tritium levels in the past few months. Strontium accumulates in fish bones and remains longer than cesium in fish and the humans that eat them.

"This is a structurally difficult and complex issue. We will not rely on TEPCO, but the government will come to the forefront in resolving the issue," Motegi said.

Earlier this week, the Japanese government announced that it would spend 47 billion yen ($470 million) to build an underground "ice wall" around the reactor and turbine buildings and develop an advanced water treatment system in an attempt to contain the leaks and limit the amount of contaminated water.