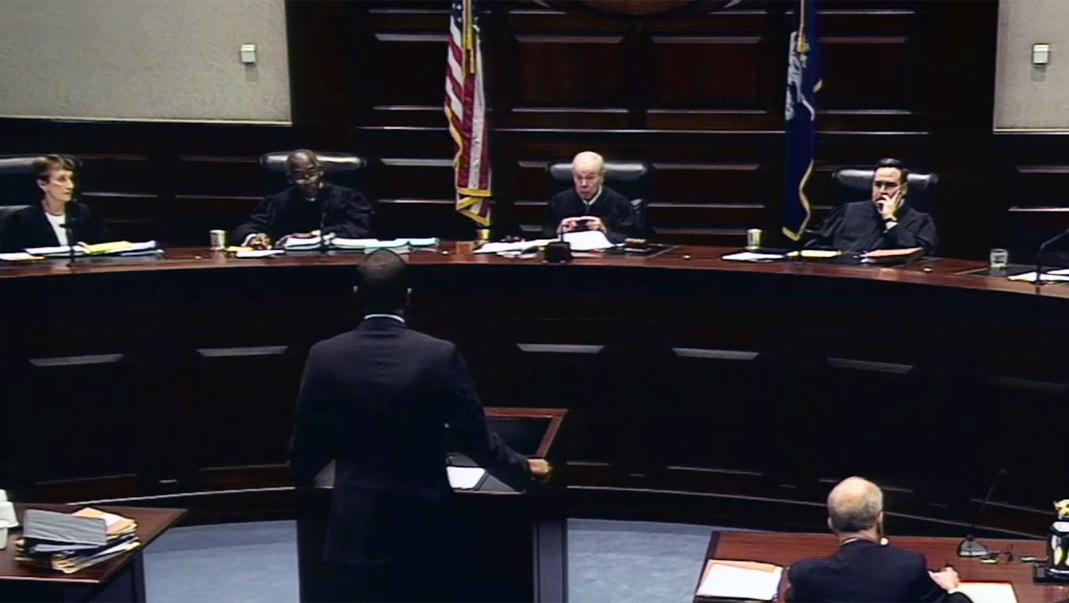 The court was asked to weigh in after a woman tried to get a protective order against her former fiancée, also a woman, and was denied.

Current law defines "household members" as a spouse, former spouse, people with a child in common, or men and women who are or have lived together. It does not include unmarried same-sex couples.

Acting Justice Costa Pleicones, who wrote the majority opinion, said during oral arguments in March 2016 that he felt the law was "pretty clearly unconstitutional in its discriminatory impact upon same-sex couples."

In his opinion, Pleicones pointed out lawmakers have over the years addressed the definition of "household members" as covered under domestic violence protections in 1994, amending the language from "persons" living together to "male and female." In 2015, during a massive overhaul of South Carolina's criminal domestic violence law, legislators made changes including increasing penalties for offenders but left the gender-based definition intact.

The U.S. Constitution's Equal Protection Clause, the court wrote, states, "No state shall ... deny any person within its jurisdiction the equal protection of the laws," such as a benefit offered to one class of person but not others.

"In this case, we cannot find a reasonable basis for providing protection to one set of domestic violence victims -- unmarried, cohabiting or formerly cohabiting, opposite-sex couples -- while denying it to others," the court wrote.

Other states have addressed this issue since the U.S. Supreme Court's 2015 decision legalizing gay marriage nationwide. The Ohio Supreme Court in 2016 adopted the use of gender-neutral references in family court cases. California and Massachusetts proactively changed language in their laws.

Beth Littrell, an attorney with Lambda Legal, said while it would be great for state legislatures across the country to update language to protect same-sex couples in domestic violence situations, courts like South Carolina's should be commended for ensuring laws were applied equally.

Attorney General Alan Wilson, whose office argued the case on behalf of the state, said he would ask the court to reconsider its ruling. In a statement, Wilson said he supports an approach to "reconcile our state's domestic violence laws with U.S. Supreme Court precedent" but that his office has defended the constitutionality of the current law, which only allows the state to protect spouses, former spouses and people with children in common.

Bakari Sellers, a former legislator and an attorney for the woman who brought the case, told the Associated Press that the case was an opportunity to push South Carolina forward.

"We all know that South Carolina is usually a few decades behind the rest of the union, but that it takes good people of all walks of life to set aside prejudice and preconceived notions," Sellers said. "Today, love won."