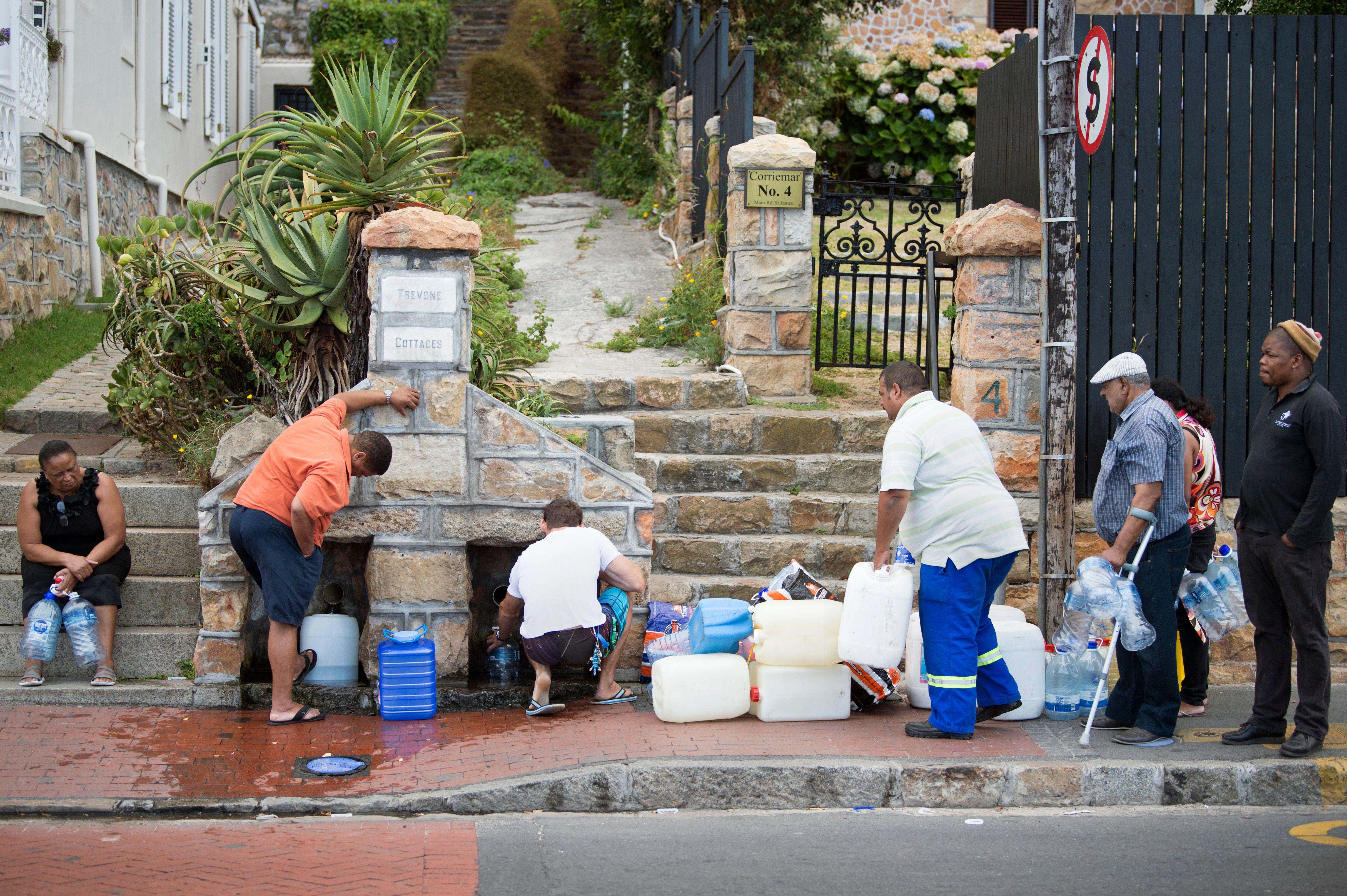 CAPE TOWN, South Africa -- Drastic efforts are underway in South Africa to save a major, modern city from running out of water for the first time ever. Cape Town's water crisis was declared a national disaster on Tuesday by South Africa's government. A three-year drought has dropped the water level behind the crucial Voëlvlei Dam to dangerously low levels, and city officials say they'll be forced to shut off most water taps by June 4.

As CBS News correspondent Debora Patta reports, it's easy to see why so many of Cape Town's 4 million residents live in denial about the water crisis; it is a city surrounded by spectacular coastline. Everywhere you look there is water -- but none of it is drinkable.

Cape Town inhabitants have already been limited to just 13 gallons of water per day per person -- compare that to the average American who uses more than 100 gallons per day.

The severe restrictions have forced police to target a new breed of criminal; serial abusers of the city's dwindling water supplies.

On patrol in a residential area, Officer Marco Boer spots an offender and introduces himself, before getting right to the business at hand.

"I notice that your sprinkler is on," he tells the homeowner.

"Yes I have my sprinkler on. Tuesday, I run my sprinkler," she replies. But the lady is breaking the law.

"You must use the water before nine (a.m.), not after nine," Boer informs her.

Police say the biggest offenders are often in the most affluent areas. The water restrictions are so severe, they have spawned a growing market in illegal water supplies.

A shop owner, who has already been fined twice, is now having his business closed down.

"This is the 3rd time," explains a police officer. "It must close down."

He has been illegally using the city's water supply, purifying it and then selling it to customers. He argues with the police, saying all he is doing is trying to run a business.

"It's a temporary problem," he tells the police. "So you want myself and my brothers to close 11 businesses, get the people on the streets and no more jobs, say 'come back when it starts raining?'"

But others have found innovative ways -- legal ones -- to deal with the restrictions, including restaurant owner Alistair Wilson.

"We are going 100-percent biodegrable for cutlery, crockery, glassware," he says. In other words, everything will be disposable, thrown away rather than washed.

Already he recycles water from the melting ice in his bar, and he is looking at only offering a cold menu, so his kitchen doesn't need to boil water.

South African musicians are also doing their bit. At least nine popular acts have recorded remixes of their hit songs, with exactly two-minute durations -- the maximum time allotted for a shower. When the song is over -- so is your shower.

The water restrictions are clearly having some effect. Day Zero has been pushed back by a month -- that's the day the government predicts Cape Town will run out of water.

If Day Zero is reached, the government will set up water distribution points across the city where residents can come to collect an allotted amount. To avoid scuffles over the limited resource, South African soldiers will guard the water collection points.

Monkeypox declared an emergency in U.S.
Thanks for reading CBS NEWS.
Create your free account or log in
for more features.
View CBS News In
CBS News App Open
Chrome Safari Continue
Be the first to know
Get browser notifications for breaking news, live events, and exclusive reporting.