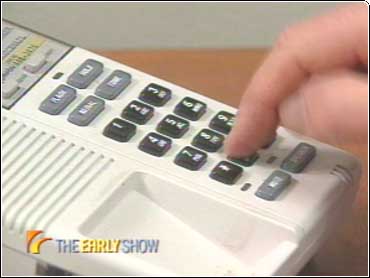 When you pay for a service like directory assistance, you expect to get what you paid for, in this case the right phone number. But that's not always the case.

You've probably seen the ads for AT&T's 00 INFO and MCI's 10-10-9000. For about a buck, they say, they can find almost anyone, almost anywhere - if the phone number is listed. And you don't even need to know the area code!

Pretty slick. But as CBS News found out, they can also be mighty frustrating.

Christine McKelvey is someone who normally uses the phone book to look up numbers. But when she's in a rush or the number is long distance, she reaches for the phone, dials directory assistance and hopes for the best.

But she observes, "Oftentimes it's a wrong number, and you have to call back again." McKelvey notes the same thing happens to her friends.

Neither service could find a listing for U.S. Sen. Patty Murray. Her office in the nation's capital does have a phone. And by going online, one can find the number right away for free!

And when MCI's 10-10-9000 was asked for the Federal Communications Commission, the operator gave out the number to Federal City Communications, a Washington, D.C., public relations company. Diane Murphy, who owns the place, says it can get as many as 20 wrong calls a day.

AT&T and MCI WorldCom said they try to get it right every time but with so many numbers to search and so many numbers changing all the time, mistakes are bound to happen. And there's one more possible explanation.

"You're talking to operators who either aren't listening, aren't spelling it properly or who don't know how to spell," says Sam Simon of consumer group Telecommunications Research & Action Center.

So just how often do they get it wrong? Tony Rosecelli, director of telecommunications research at Seattle's Market Trends, knows. Directory assistance companies use his secret-shopper service to find out how accurate their operators are.

"On average, when you call a directory assistance operator anywhere around the country, you get the correct information between 80 to 85 percent of the time," Rosecelli says.

Rosecelli calls that a B minus and says that's a better grade than that attained just a short time ago. But if he's right and two out of 10 callers get the wrong information, those 99-cent calls woul add up to about $300 million a year.

That's money wasted on worthless information. And that doesn't count the cost of all those wrong long-distance numbers dialed after someone gets bad information.

If you get a wrong number, demand a refund. They'll give you your money back for the directory assistance call but not for the cost of the call dialed to the wrong long-distance number.

If you know there's a listing, and the operator tells you there isn't one, ask for the supervisor, who can spend more time on the phone and who has more ways to search the database.

After the operator gives you the number, he or she always says, "Would you like me to connect you at no additional charge." Is that a smart thing to do?

You used to dial 1-555-1212 and the area code you were calling. You can still do that but you have to know the area code. And there are so many of them now. That's why the national directory services are so popular. In most cases, these new services are also cheaper than dialing 555-1212 services.

To look for a long-distance number, if you're on the Internet, try that first. You can do it for free. There are various directory services, such as the yellow pages on Yahoo or anywho.com. If you're trying to track down a company, look for its Web site. In many cases, it'll list an address and phone number.