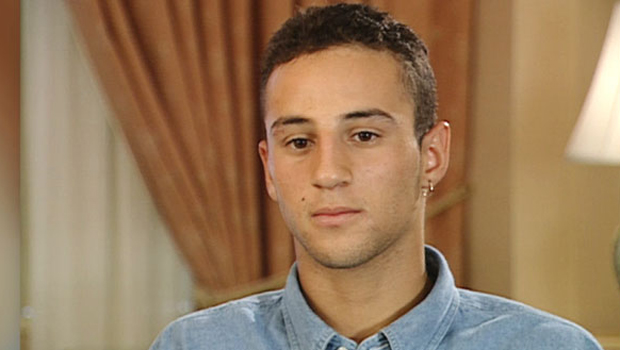 Former "Sopranos" and "A Bronx Tale" actor Lillo Brancato Jr. was released from prison a few months ago after serving eight years for his role in a botched burglary that resulted in his accomplice killing an NYPD officer and ET's Rob Marciano spoke with the actor for his first sit-down interview since being freed.

While discussing his remorse for the death of NYPD officer Daniel Enchautegui, Brancato Jr. told Rob, "I wish I could just take it back and I could bring police officer Daniel back to life. I mean he was a hero, he was off-duty, lived next door, heard broken glass, came out and put his life on the line."

On his career before spending time inside New York's Hudson Correctional Facility, Brancato Jr. said, "I thought about [my past career] a lot and [it] reminds me of a saying someone once told me, 'It takes a second to get in trouble and a lifetime to get out of it' and I think about that every day because I did have many great opportunities...and [I] made the horrible choice to use and abuse drugs."

He goes on to discuss the controversy surrounding his casting in pop star Natali Yura's upcoming music video 'Fall For You.' "I do give [Yura] a lot of credit for remaining brave and for taking this chance, and to remain by my side after all that she's been through because of me."

"Entertainment Tonight" will air portions of the interview on Friday, March 7, and Monday, March 10.