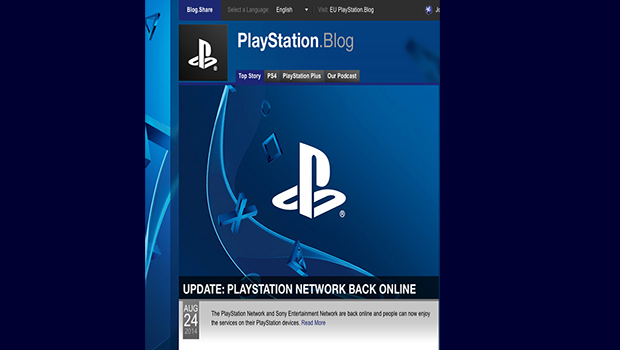 "Update: PlayStation Network and Sony Entertainment Network are back online, thanks for your patience and support," the official Sony PlayStation Twitter account posted early Monday.

The service is back up and running after being disrupted by an apparent hacking attack on Sunday, known as a distributed denial of service (DD0S) attack. Hackers overwhelmed the system with so much computer-generated traffic that it couldn't keep up, rendering regular service temporarily unavailable for users.

CNET notes that the attack, which followed a much more severe targeting of the gaming network in 2011, illustrates that the online service could still be vulnerable to being shut down by hackers.

A group calling itself the Lizard Squad claimed responsibility for hacking the site.

Lizard Squad also posted a threat on Twitter on Sunday, claiming there was a bomb aboard an American Airlines plane carrying Sony Online Entertainment president John Smedley. The flight from Dallas/Fort Worth to San Diego was diverted to Phoenix; no explosives were found.