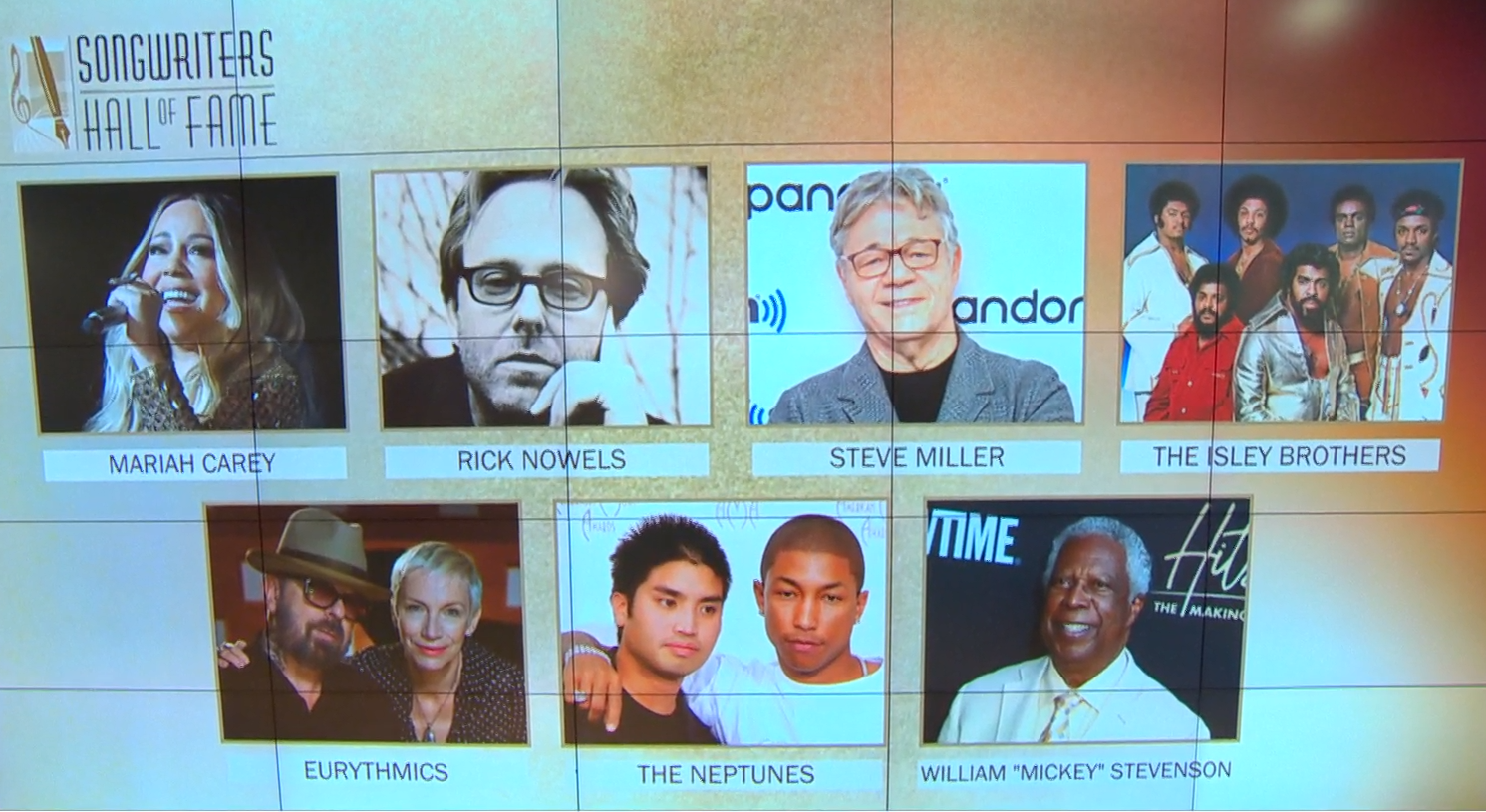 Mariah Carey, the Isley Brothers, Eurythmics, Rick Nowels, The Neptunes, William "Mickey" Stevenson and Steve Miller were named as the 2020 Songwriters Hall of Fame inductees on "CBS This Morning" Thursday.

With 19 number one hits, more than any other solo artist, Carey leads the class of 2020 inductees. While she's known for her five-octave range, she also co-wrote most of her hits, including "All I Want For Christmas Is You," which hit number one just last month.

The Isley Brothers broke in back in 1959 with "Shout." O'Kelly, Rudolph and Ronald Isley also wrote the Grammy winning "It's Your Thing." Younger brothers Ernie and Marvin Isley and brother-in-law Chris Jasper later joined the band.

Annie Lennox and Dave Stewart formed the Eurythmics in London in 1980. Their hits include "Sweet Dreams."

Nowels co-wrote the number one hit "Heaven is a Place on Earth," sung by Belinda Carlisle. He also co-wrote "White Flag" with Dido and a series of hits with Lana Del Rey.

Pharrell Williams and Chad Hugo, professionally known as The Neptunes, are among the most successful producers of all time, co-writing hits for Nelly ("Hot in Here"), Britney Spears ("I'm a Slave 4 U") and Justin Timberlake ("Rock Your Body").

The Motown smash "Dancing in the Street," performed by Martha and the Vandellas, was co-written by Stevenson. He also co-wrote "It Takes Two" for Marvin Gaye and Kim Weston, who he later married, and "Devil with a Blue Dress On" for Mitch Ryder and The Detroit Wheels.

Miller, the Blues guitarist and songwriter, had a run of hits in the 70s and early 80s, including "The Joker" and "Swingtown." The Steve Miller Band's Greatest Hits 1974-78 album has sold 14 million copies.

All of the inductees are expected to appear at the induction ceremony on June 11 in New York City.