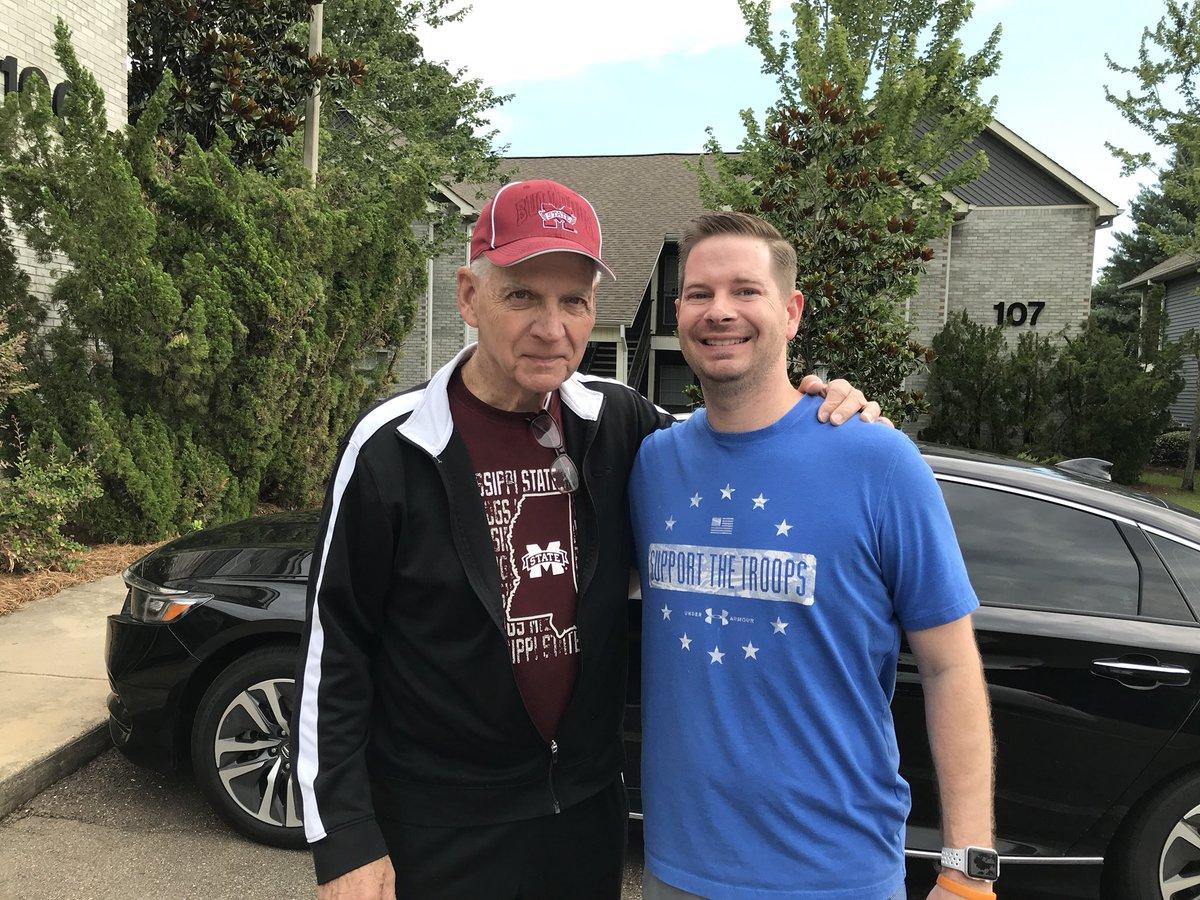 Matt Lea has watched his father's Alzheimer's disease set in fast. So for this Father's Day, he drove 12 hours from where he lives in Florida to his parents' home in Mississippi to surprise his dad, a Mississippi State fan, with something special: tickets to the College World Series.

Matt tweeted a video of him telling his father they were going to Omaha, Nebraska, for the opening weekend of the series -- and it quickly went viral.

"I figured it's probably not good enough just for us to watch the game here," Matt says in the video. "How about we go to Omaha? Do you want to go up to Omaha and watch the College World Series together?"

His dad, Billy Lea, played for the Mississippi State Bulldogs in the 1960s.

"Golly," Billy says in the video, clearly surprised to see his son. "Break my heart, here."

Matt and Billy hit the road Thursday morning, after posting an update thanking everyone for their support. Many have reached out with offers to pay for lodging or meals, Matt said. "I'm very grateful for that but if you're willing to do that, just make a contribution to the Alzheimer's fund," he wrote.

Mississippi State's baseball team even tweeted about the father-son duo's trip, saying: "Your story has already inspired many in a short time & we can't wait to see you in Omaha."

About 5.7 million Americans have Alzheimer's disease -- 5.5 million of them aged 65 and older. By 2025, the number of seniors with Alzheimer's could reach 7.1 million, up nearly 29 percent.