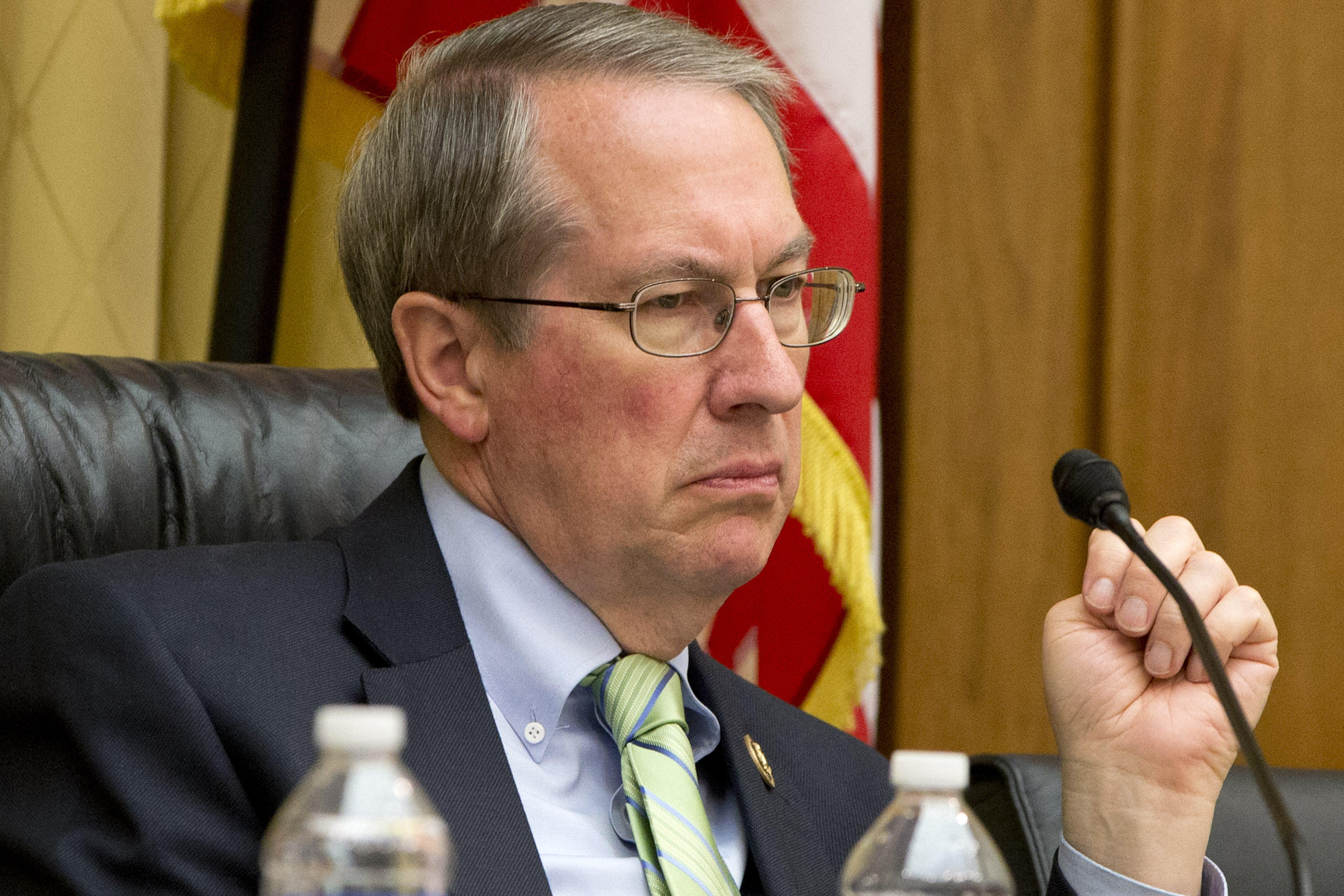 Bobby Goodlatte, the son of longtime Virginia Republican and Chairman of the House Judiciary Committee Rep. Bob Goodlatte, is appealing to social media users to join him in donating to Democrat Jennifer Lewis, a candidate for his father's seat.

The younger Goodlatte tweeted on Sunday, "I just gave the maximum allowed donation to Jennifer Lewis, a democrat running for my father's congressional seat. I've also gotten 5 other folks to commit to donate the max. 2018 is the year to flip districts -- let's do this!"

Rep. Goodlatte announced last year that he would not be running for re-election in 2018, adding to the growing number of House Republicans leaving Congress. Goodlatte cited spending more time with family, saying in a statement that now is the "right time for me to step aside and let someone else serve the Sixth district."

Lewis, a mental health worker, will face off against Virginia State House of Delegates member Republican Ben Cline in November for Goodlatte's seat.

Goodlatte's son's tweet was retweeted over 3,000 times and liked over 12,000 times. Many twitter users were quick to note the familial ties, to which Bobby responded, telling one user it "certainly wasn't an easy decision" to make.

Goodlatte later tweeted on the news of the day that FBI official Peter Strzok had been fired from his role at the Bureau. He slammed his father publicly by tweeting that he was "deeply embarrassed that Peter Strzok's career was ruined by my father's political grandstanding" and called Strzok's congressional hearing before his father's own committee a "low point for Congress."

The Lewis campaign said in a statement to CBS News on Monday, "We don't accept money from corporate PACs or special interests, so every individual contribution is a tremendous help. We appreciate Bobby's generous donation, and we're thrilled to work alongside a Goodlatte from now until November to flip the district blue."

The younger Goodlatte wrote that while he was "overwhelmed with the support," he asked users to not just retweet him but also donate to Lewis' campaign. He currently lists himself as a product designer and "angel investor" to numerous start ups online. He also launched OpenVote, a non-partisan voting project in 2015 to allow users to pledge their votes and learn about political issues.

Rep. Goodlatte came to Congress in 1993, and his district spans much of the western portion of Virginia. The district is considered safely Republican, although Democrats have made substantial inroads in similarly conservative areas this year.