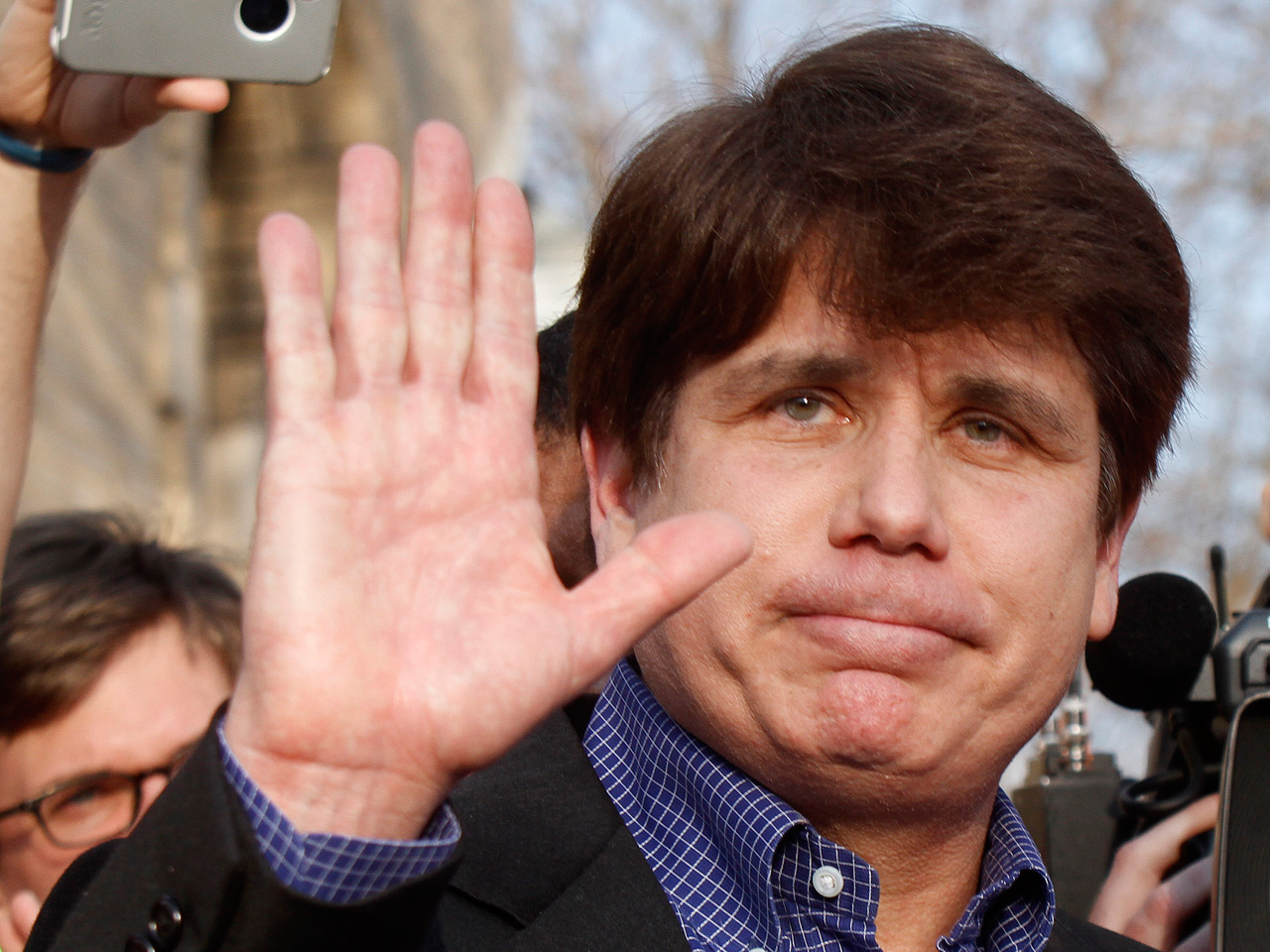 CHICAGO - A federal appeals court Tuesday overturned some of the most sensational convictions that sent former Illinois Gov. Rod Blagojevich off to a lengthy stint in prison, ruling that the Democrat did not break the law when he sought to secure a Cabinet position in President Barack Obama's administration in exchange for appointing an Obama adviser to the president's former U.S. Senate seat.

The 7th U.S. Circuit Court of Appeals in Chicago also ordered the resentencing of Blagojevich, offering the 58-year-old a ray of hope that he could end up serving less than his original 14-year term.

The Democrat is in a Colorado prison after jurors convicted him of 18 corruption counts over two trials. Eleven were on charges he sought to exchange an appointment to President Barack Obama's old Senate seat for campaign money or a job.

The three appellate judges dismissed five of 18 corruption counts against Blagojevich, while affirming 13 counts. In a blow to the defense, the panelists also suggested the original sentence wasn't necessarily extreme, even when factoring in the newly tossed convictions.

Speaking outside the Blagojevich family home in Chicago, his wife, Patti, told reporters her husband had expressed disappointment the court didn't hand him a clear legal victory.

"He's disappointed, of course," she said, the couple's 18-year-old daughter at her side. She added more optimistically, "Possibly this is a step in right direct of getting Rod home to his family."

Blagojevich floated the idea of a Cabinet job in exchange for appointing Obama adviser Valerie Jarrett to Obama's vacant Senate seat. After Blagojevich's arrest, the seat went to Roland Burris, who served less than two years before a successor was elected.

In its ruling, the appeals court pointed to allegations that President Dwight Eisenhower named Earl Warren to the U.S. Supreme Court after Warren offered Eisenhower key political support during the 1952 campaign. The judges said that under the logic used to charge Blagojevich, Eisenhower and Warren might have been convicted.

Still, the ruling was by no means a resounding win for Blagojevich.

The appellate judges upheld allegations that he sought to sell the Senate seat, saying the evidence against him was strong.

Blagojevich had argued he didn't break the law because he never stated explicitly that he was willing to trade an appointment for campaign cash.

The panel balked at the notion that crimes are crimes only if they are overtly stated.

"Few politicians say, on or off the record, 'I will exchange official act X for payment Y,'" the opinion says. "Similarly persons who conspire to rob banks or distribute drugs do not propose or sign contracts in the statutory language."

Defense attorney Leonard Goodman sharply criticized the court for not quashing more counts. He said he would urge his client to challenge the panel's finding, by possibly by asking the full appeals court to rehear the case.

"My advice to him is that we fight on," he said. "It is not justice in my view."

As for prosecutors, they could choose to retry Blagojevich on the dropped counts, though prosecutors often decline to retry a case if most counts are upheld. A spokesman for the U.S. attorney's office declined to comment on the ruling.

His appeal seemed to face long odds. The 7th Circuit has a reputation for rarely quashing convictions.

After his arrest, Blagojevich became a national punch line while doing several reality TV appearances as his legal case unfolded. He appeared on "Celebrity Apprentice," and the prosecution argued during the initial trial that such appearances where an act of him thumbing his nose at the legal system.

However, his defense team sought to use his reality show appearances as an argument the other way. In their own sentencing filing, they pointed to how his wife ate a tarantula on the reality show, "I'm a Celebrity ... Get Me Out of Here!" in what they portrayed as a desperate bid for money.

Blagojevich began serving his sentence at a prison near Denver on March 15, 2012, and has served more than three years so far. Before the appeal, his estimated release date was 2024; he would be 67.