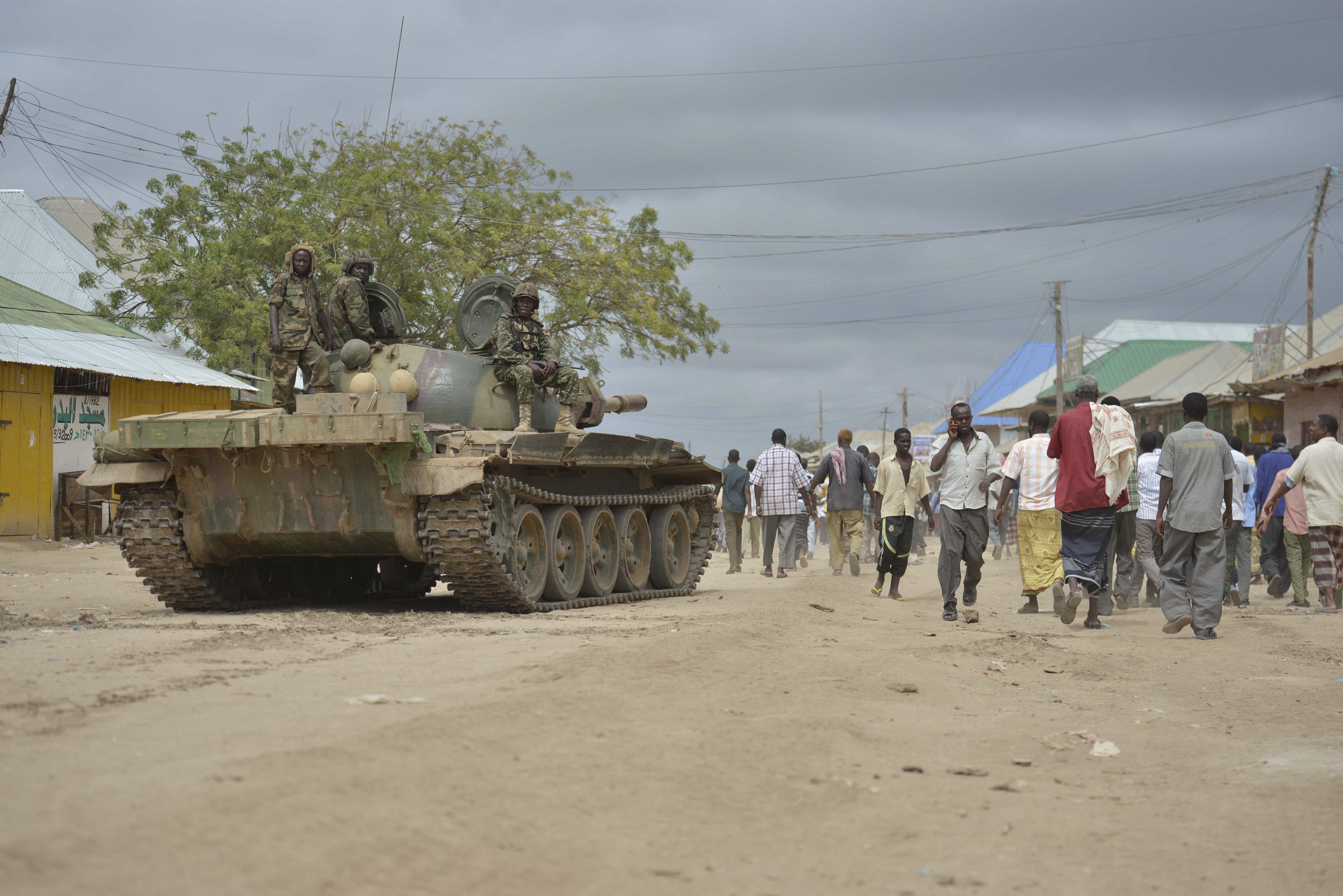 MOGADISHU, Somalia -- U.S. military forces attacked the Islamic extremist al-Shabaab network in an operation in Somalia on Monday, the Pentagon said, in a strike a Somali official said targeted the group's fugitive leader.

Pentagon spokesman Rear Adm. John Kirby said the U.S. was assessing the results and would provide more information when appropriate. No further details were available.

CBS News correspondent David Martin reported that the operation was an airstrike and involved no boots on the ground.

A senior Somali intelligence official told the AP that a U.S. drone targeted al-Shabaab leader Ahmed Abdi Godane as he left a meeting of the group's top leaders. Godane, also known as Mukhtar Abu Zubeyr, is the group's spiritual leader under whose direction the Somali militants forged an alliance with al Qaeda.

The Somali official, speaking on condition of anonymity since he was not authorized to speak to the media, said intelligence indicated Godane "might have been killed along with other militants." The official said the attack took place in a forest near Sablale district, 105 miles south of Mogadishu, where al-Shabaab trains its fighters.

The governor of Somalia's Lower Shabelle region, Abdiqadir Mohamed Nor, told The Associated Press that as government and African Union forces were heading to a town in Sablale district, they heard what sounded like an "earthquake" as drones struck al-Shabaab bases. "There was an airstrike near Sablale. We saw something," Nor said.

The U.S. has carried out several airstrikes in Somalia recent years.

A U.S. missile strike in January killed a high-ranking intelligence officer for al-Shabaab, and last October a vehicle carrying senior members of the group was hit in a U.S. strike that killed al-Shabaab's top explosives expert.

The latest U.S. action comes after Somalia's government forces regained control of a high-security prison in the capital that was attacked on Sunday by seven heavily armed suspected Islamic militants who attempted to free other extremists held there. The Pentagon statement did not indicate whether the U.S. action was related to the prison attack.

Somali officials said all the seven attackers, three government soldiers and two civilians were killed. Mogadishu's Godka Jilacow prison is an interrogation center for Somalia's intelligence agency, and many suspected militants are believed to be held in underground cells there.

Al-Shabaab claimed responsibility for the attack that shattered a period of calm in Mogadishu after two decades of chaotic violence. The attack started when a suicide car bomber detonated an explosives-laden vehicle at the gate of the prison, followed by gunmen who fought their way into the prison.

It was al-Shabaab gunmen who attacked the upscale Westgate Mall in Nairobi, Kenya, with guns and grenades last September, killing at least 67 people. Al-Shabaab had threatened retaliation against Kenya for sending troops into Somalia against the extremists. Godane said the attack was carried out in retaliation for the West's support for Kenya's Somalia intervention and the "interest of their oil companies."

Al-Shabaab has been designated as a foreign terrorist group by U.S. authorities since 2008. Last month, Somalia's president Hassan Sheikh Mohamud told Reuters that his government had launched a military push called Operation Indian Ocean to flush al-Shabaab out of the country after being significantly weakened in Mogadishu and other areas.

Al Shabab is now mostly active in Somalia's rural regions, after being ousted from the capital by African Union forces in 2011. But the group is still able to launch lethal attacks - often involving militants on suicide missions - within Mogadishu, the seat of government.

Somali military officials last week launched a military operation to oust al-Shabaab from its last remaining bases in the southern parts of Somalia. However, on Saturday the town of Bulomarer, which is about 70 miles south of Mogadishu, was seized from militants after hours of fighting.