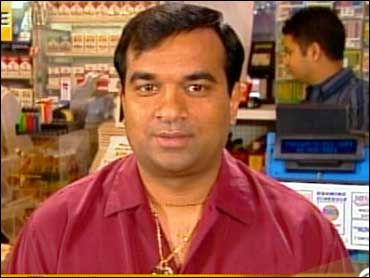 The ticket - 10-25-38-39-50 and the Mega Ball 12 - was sold at Powers Wine Co. in the city 30 miles north of Boston, said Mary Driscoll, a supervisor in the Massachusetts state lottery's computer room. Store manager Raj Patel said he got the news Saturday morning in a call from lottery officials.

He said he didn't know the winner's identity.

Quick-moving lines formed at convenience stores and gas stations hours before the 11-state drawing as players tried to get a piece of the nearly unimaginable prize.

The jackpot had gotten so high that many people said they couldn't afford not to try. Other states that participate in the lottery are Georgia, Ohio, Michigan, Illinois, Maryland, New Jersey, New York, Texas, Virginia and Washington.

"People who never play are playing now," said Karen Cooley as she waited in line to buy 10 Mega Millions tickets at a store in downtown Atlanta. "I believe I'm going to hit it."

The $290 million is the highest Mega Millions prize in the game's history, exceeding the previous high of $239 million in February.

The biggest single-ticket winner was a Powerball jackpot of $314.9 million awarded on Christmas Day 2002 to a West Virginia man. But Mega Millions' predecessor, the Big Game, had a prize of $363 million split between two winning families in May 2000.

Despite 135 million-to-1 odds, a $1 ticket sometimes pays for itself by fueling the hopes of lottery risk-takers who dream of instant wealth, said Ed Story, who filled out a ticket form in Atlanta.

Each time the lottery grows larger, more people think about the off chance they'll get a share of the big pot, said David Gale, executive director of the North American Association of State and Provincial Lotteries.

"It's fun and exciting to talk to your friends and imagine what you would do with all this money," Gale said.