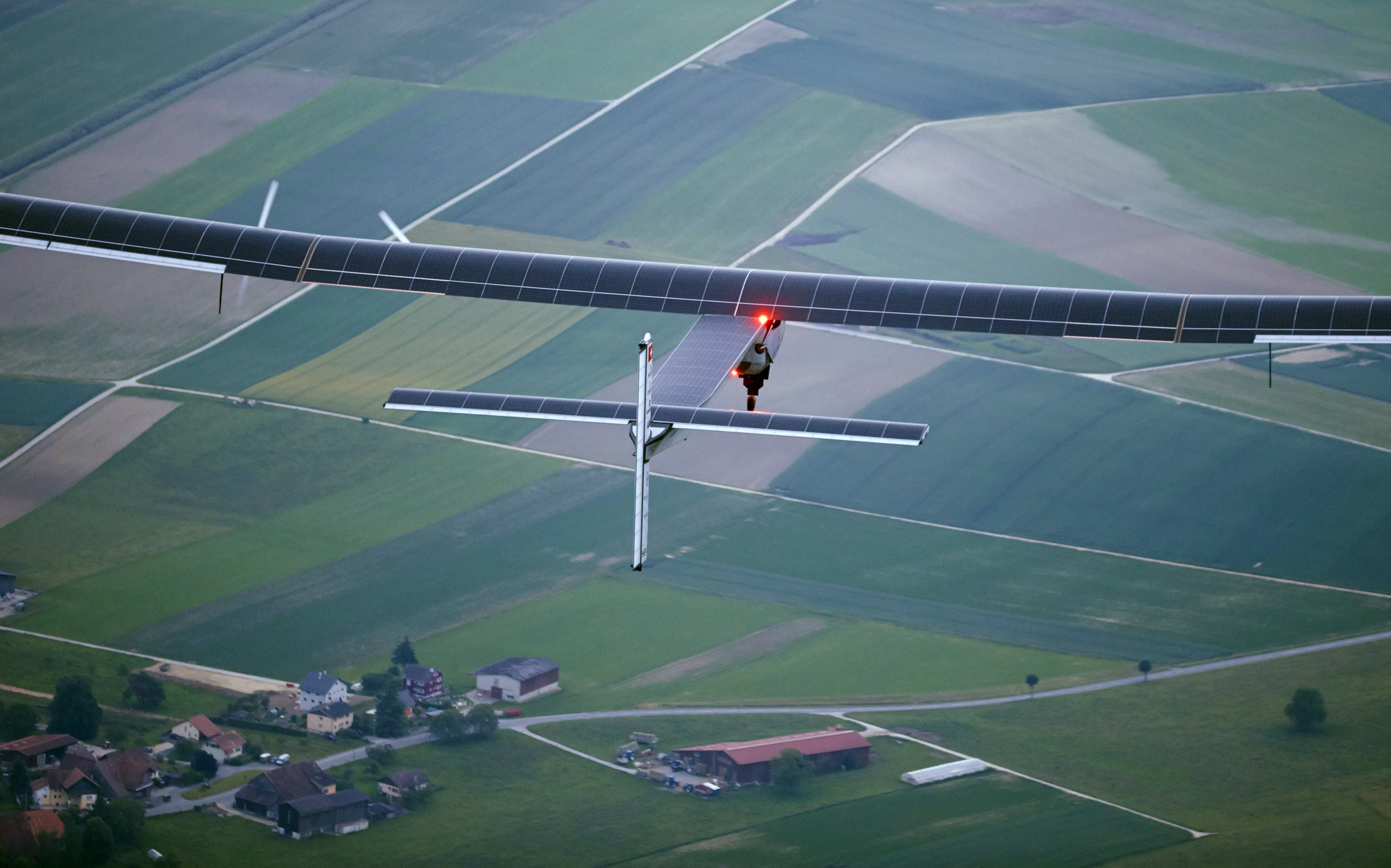 A Swiss-made solar-powered aircraft has made a successful inaugural flight as its makers prepare for what they hope will be the first round-the-world solar flight.

The Solar Impulse 2 team said the aircraft spent 2 hours and 17 minutes in the air above western Switzerland early Monday. They plan several other flights over the coming months.

When it was unveiled in April, the company said it's an advancement on the Solar Impulse 1, which flew across the United States last summer and across Europe to Morocco in 2012. The first plane was described as a flying laboratory; the new version was built for a journey.

The Solar Impulse 2 is a bigger and better version of a single-seat prototype that first took flight five years ago. The updated cabin will have business class seats and a virtual co-pilot that will alert the pilot of issues.

The plane soaks up energy from the sun through some 17,200 solar cells that cover its massive wings, which span 72 meters (236 feet). Bertrand Piccard and Andre Borschberg, the project's founders, say it theoretically can stay airborne indefinitely.

The company hopes to raise awareness of the different types of sustainable technologies that could be applied to everyday life, while inspiring innovation.

"We believe if we can demonstrate this in the air, where it is the most difficult to do, people will understand that they can also use the same technologies for their daily lives," Piccard told CBS News in an interview last summer.

The Solar Impulse 2 is scheduled to fly through several countries, including China and the U.S. Piccard and Borschberg hope to fly the aircraft around the world next year between April and July. Borschberg estimates that the trip will take 20 days, spread over several months.