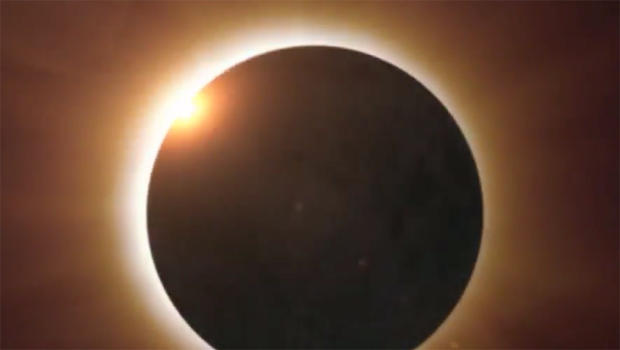 Scientists will be studying Monday's total solar eclipse to learn more about some of the mysteries of the Sun and Moon.

Derrick Pitts, Chief Astronomer and Planetarium Director for the Franklin Institute in Philadelphia, and his team will observe the eclipse from St. Joseph, Missouri, within a 70-mile-wide path of totality.

"I'm really excited about what's going to happen here today," Pitts told "CBS This Morning." "I'm looking forward to seeing totality. Any time I have the opportunity to stand in the shadow of the moon, I'm happy. And today I'll get two minutes and thirty-nine seconds of a nice bath of moon shadow."

Pitts said scientists will be taking the rare opportunity of totality to examine the sun's corona, "the pearly glow of atmosphere around the sun. The corona is incredibly hot, millions of degrees, and astronomers don't understand why the corona is so hot given that the surface of the sun is just about 11,000 degrees."

Astronomers will also be studying the sun's magnetic fields, and the moon's orbital velocity as it passes between the Earth and the sun.

But Pitts will also be looking for an extremely rare sight called "shadow bands."

"It's a really interesting phenomena that happens just before totality and just after totality," he said. "What you actually see on the ground are these rippling lines of light and dark, like shadows and light rippling along the ground. This is caused by interference of different temperature air cells in the Earth's atmosphere with the light from the sun coming through, but only at the point where it's just before totality. Other than that, you don't see it. These are rare and hard to capture.

"That's part of my particular interest, seeing if we can see these shadow bands because they're so rare. But it would be really, really cool to see them, especially because it can only happen during a total solar eclipse and you can't see it anywhere else -- you can't go out to space and see it. You can only see it on the ground around you when [totality] is just about to occur."