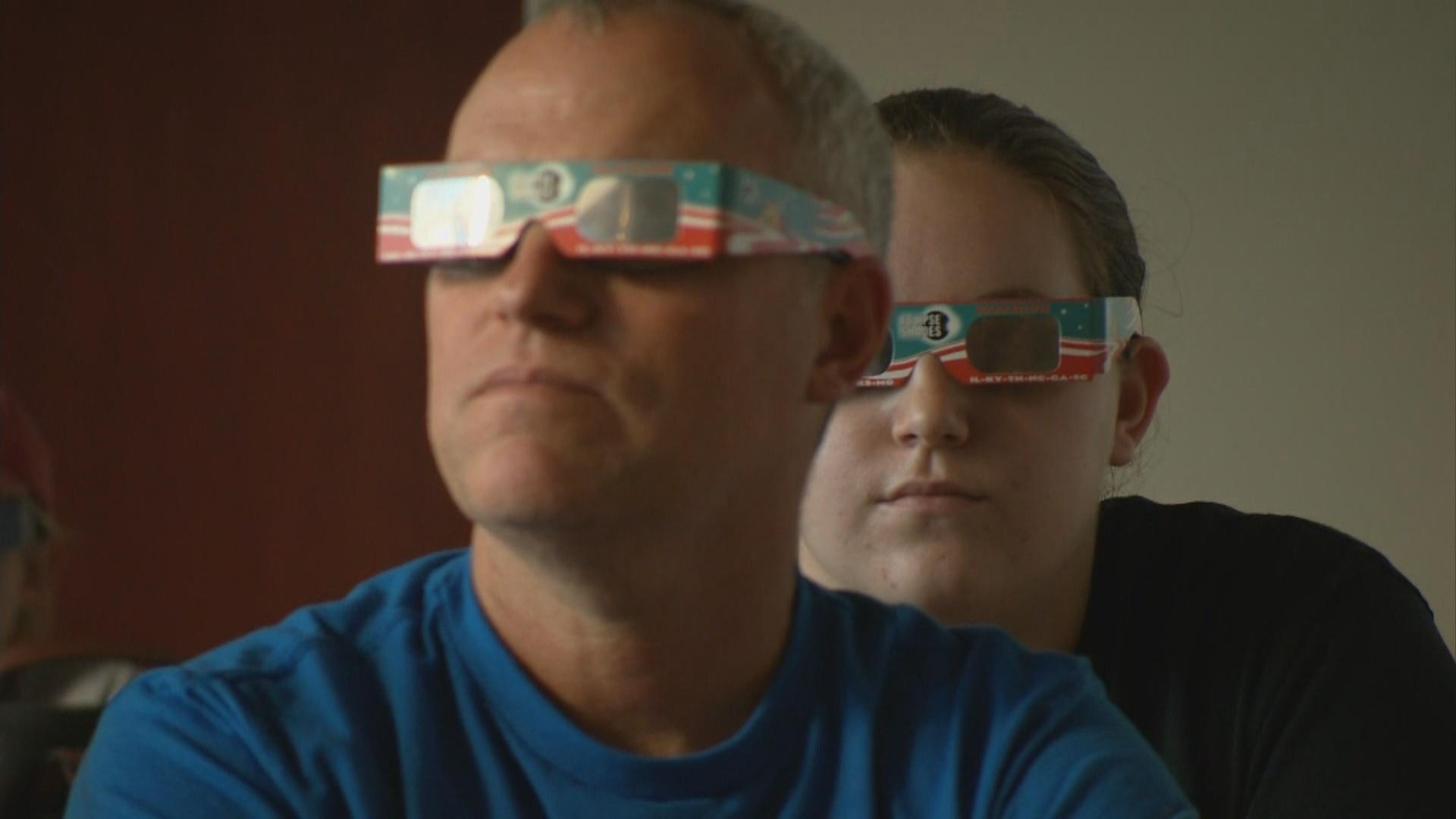 On a typical day, the South Carolina State Museum in Columbia gets between 300-500 visitors, but come Monday, they're expecting 4,000. Crowd control will be an issue not only for Columbia, but also for cities all along the solar eclipse's path, reports CBS News correspondent Mark Strassmann.

You don't usually see "crowd control" roadblocks at a museum, but it will be overrun by thousands of eclipse fans coming to see the stars in the middle of the day, when temperatures are expected to be in the 90s.

The eclipse begins in Oregon on Monday morning and will need less than two hours to reach South Carolina.

The eclipse will travel almost 2,400 miles across the U.S., and 12 million people live in that totality zone of complete darkness. Some 10 million visitors are expected to squeeze their way into the eclipse's path. With populations expected to nearly double, cities and towns are redoubling their efforts to get ready.

"We're gonna run out. I'm sure we're gonna run out of stuff," said Yvonne Smith, customer service manager for Ridley's, an Idaho market. Ridley's is already seeing a run on bottled water and other basic supplies.

"We're hoping we get shipments every day to keep up with the demand we're going to have. There's a lot of people coming through town," Smith said.

While the eclipse is 70 miles wide, many of the roads people are using to see it are narrow – just  two lanes in some rural areas.

"My biggest concern is emergency vehicle access. With the folks that we expect to come to this eclipse, we are really concerned about just getting to our emergencies," said Josh Williams, the fire chief in Depoe Bay, Oregon.

The eclipse will only last about two minutes, but if you're going to see it, you should plan for a much longer visit.

"The best thing is to do is give yourself plenty of time. Enjoy it, and then give yourself time well after it's over as well," said Derrec Becker, chief public information officer for the South Carolina Emergency Management Division.

South Carolina says its National Guard is ready to support first responders if needed. Meanwhile, Oregon's governor has gone one step further and has already activated the National Guard to deploy additional resources.