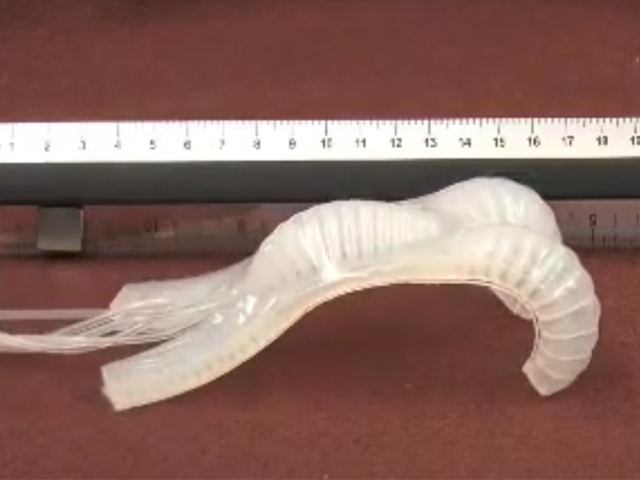 The latest designer robot is the creepiest and crawliest of them all. It looks like a modern day Gumby, but it moves like a mechanized earthworm that's out to steal your soul while you sleep. Aside from that, it's amazing in its simplicity and potential usefulness.

Researchers at Harvard University, lead by George M. Whitesides, recently published a paper in the Proceedings of the National Academy of Sciences describing their invention.

"A combination of crawling and undulation gaits allowed this robot to navigate a difficult obstacle," stated the researchers in the paper's abstract.

It's called a multigait soft robot and is composed exclusively of soft materials, inspired by creatures without hard internal skeleton, like squid and worms. When tested, it was able to navigate through difficult surfaces, like Jell-O, gravel and mud.

According to PhysOrg, the project is funded by the Pentagon's research arm. Commence irrational fear of the great robot-human war.