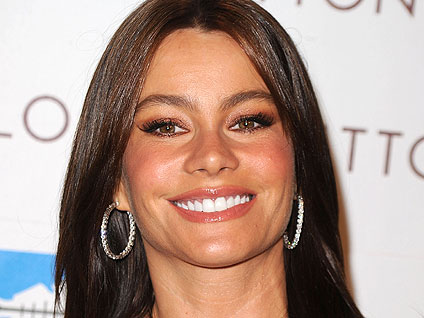 The Colombian-born actress is reportedly in talks to become the new face of Kmart.

The New York Post says Vergara is working on a deal with the retail giant to appear in its ad campaigns and "create a line of hair, clothing, accessories and beauty products."

Sources estimate the deal is worth $8 million, according to the report.

Vergara earned an Emmy nomination for her role as Gloria Delgado-Prichett on the ABC comedy series. Her co-star Ed O'Neill, who plays her husband on the show, recently said in an interview that he thoughtVergara should have won the award instead of "Glee" star Jane Lynch.