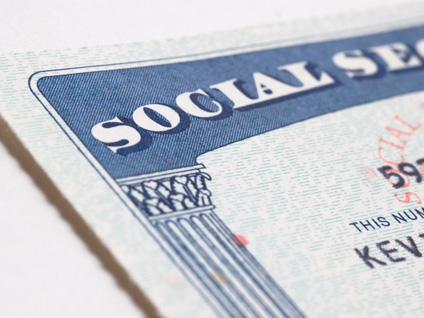 With the election year officially in high gear, here are some thoughts on the nation's safety net from some of the current and former candidates:

-- "We should find a bipartisan solution to strengthen Social Security for future generations." -- President Obama

-- "Social Security is an essential program and we should change the way we're funding it." -- presidential hopeful Mitt Romney

-- "It is a fraud and a lie the way that Congress deals with Social Security." -- presidential hopeful Newt Gingrich

-- "There's no authority [in the Constitution] for Social Security." -- presidential hopeful Ron Paul

Social Security was created after the Great Depression in an effort to ensure that the nation's aging population would be protected from financial calamity. By design, Social Security benefits were not created by Congressional appropriations. (President Franklin D. Roosevelt famously said that this approach ensured that "no damn politician can ever scrap my Social Security program.") Rather, the system established a way for working people to pay for the benefits of the retired. To be clear: Nobody ever "pays into" Social Security -- the money that a worker contributes through Social Security taxes goes toward a current retiree's monthly benefit, a classic "pay-as-you-go" system. This is also the root of the Ponzi-scheme analogy -- retirees don't receive money from returns on earlier investments but directly from contributing workers.

Let's interrupt this history lesson with a dose of reality. While Social Security started as a safety net, it morphed over time into one of three streams of retirement income: Social Security, pension benefits and savings. By the late 1980s, the pension part of this three-legged stool was replaced by the 401(k) plan.

For a while, the money coming from workers was greater than the amount necessary to fund benefits, so the system ran a surplus. But now there are fewer workers paying into the program and more recipients who are living longer and taking out more in benefits. Luckily, earlier surpluses will float us for a while. But going forward the math doesn't work because, as the baby-boom generation starts to retire, there will be fewer than three workers paying Social Security taxes for every retiree collecting benefits. To put that into perspective, in 1940 there were 42 workers per retiree. In 1950, the ratio was 16-to-1. Today, it is 3.3-to-1, and within 40 years it's projected to drop to just 2.

So, something has to give. Depending on your political slant, you will side with a solution that involves some combination of pushing back the full retirement age, reducing benefits, means-testing benefits and/or raising current taxes on the wealthy. Whatever the specifics, the reforms Washington eventually passes will have far-reaching implications in the financial lives of generations to come.

If you are already retired, try not to make yourself nuts because, chances are, any deal will grandfather in those who are already collecting. If you are between the ages of 35 and 55, one of the three legs of your three-legged retirement stool is getting shakier. That means you have to rely on the stronger two legs -- savings and retirement plans. For many people, this is an impossibility, which means that you have other hard choices to make, like working longer, spending less and potentially downsizing.

For those under 35, assume that you have no stool -- you have a skateboard, the front of which is savings and the back of which is retirement plan assets. You better get used to the balancing act that will be required, because retirement isn't getting any easier for you. I'm not predicting the end of Social Security -- after all, it is both popular and mostly successful. But if you're in your twenties and thirties, Social Security will likely represent a much smaller stream of your total retirement income. That means you have to start saving as early as possible. By some estimates, fully replacing Social Security benefits would require an additional 15 percent of your paycheck. If you start early enough, you may be able to glide through retirement.

Let's admit that the coming changes to Social Security are a bummer, but we can't afford to sit around and feel sorry for ourselves. Instead of complaining, it's time to take control and proactively plan for the future.