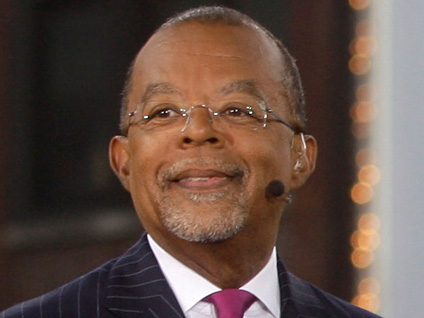 With only three "Survivor: All-Stars" episodes left - three men and three women competed to be the ultimate survivor and winner of the $1 million prize - the game is getting tense.

On her day-after-booting appearing on The Early Show, she wore a shirt with the words: "Vote for me."

She explained to co-anchor Harry Smith, "I was going to wear it if I made it to the final two. But I thought I would wear it today."

How does she feel about the way she did finish?

"I loved it," she replied. "Honest, I played the game as fiercely as I could. I'm really proud of the way I went. I was the last Mogo Mogo standing. I won an immunity challenge."

Why did she gloat so openly about that immunity win? Did she know she was doomed anyway, so she was just going to have out with it?

"I really did know that I was going, because I was the last Mogo Mogo, so I didn't have anything to lose," she explained. "I wanted to win that challenge. I won it purely because of my willpower. And, you know, I couldn't help but celebrate winning. I loved it so much."

Did she feel isolated?

""I did," Shii Ann replied. "It was difficult when no one was cheering me on and being alone on the tribe and everyone telling me, "Well, you're going to go. Don't worry. You're off. You're going to eat tonight.' I had to win that immunity challenge, and I had to go out swinging."

After losing the April 29 immunity challenge to Big Tom, Shii Ann tried to rally the other players against Jenna. "It was silly for the people low on the totem pole not to flip," Shii Ann said in her Early Show interview. "I tried to talk some sense into them, but they wouldn't listen. They're content to be fourth or fifth."

And, at the same tribal council where she was voted off, Shii Ann made no secret of the fact she herself voted "for the person who I thought had the best strategy, was scheming the best and who was going to go all the way if nobody watched out."

That person was Amber.

How sweet was it for Shii Ann when her mother came on the show for the reward challenge?

"It was great to see my mom," said Shii Ann. "And unfortunately, she doesn't have an iron stomach like myself, so she couldn't eat the water bug. That was fine. I didn't really want her to have to suffer."

Harry observed that she seems to have cried a lot during "Survivor: All-Stars."

Shii Ann's reply: "This year was very emotional. I was a lot hungrier, a lot skinnier. I was like a big teardrop, a lot of the time, towards the end."

A viewer (Laura from Maine) called in to ask Shii Ann why she did not try to turn the players against Rob while he was away with his brother, sharing Big Tom's reward.

"I really did try to make some deals happen with Big Tom and Alicia and even Rupert," Shii Ann replied. "And, you know, I actually did get along with some of them. I was quite friendly with Rupert. He was probably my favorite person left in the game… You saw it last night. I did try to shake things up."
'
Unfortunately, Boston Rob seems to have his strategy firmly in place.

"Rob had everyone believing they were in an alliance with him, which is really sorry if you watch the history of the way he played the game," observed Shii Ann. "What can I say? I can only bring a horse to water. Can't make them drink."

Another caller (Valerie from Ohio) told Shii Ann quite frankly that she felt she had formed weak alliances in both "Survivor" games that she had played. "If you had it to do over," the caller wanted to know, "what strategy would you take?"

Shii Ann replied, "I did switch up my strategy this time. Last time, I was very outspoken with the tribe, very bossy. This time, I took a very under-the-radar strategy. I couldn't have made it as far as I did without an alliance. I had a very strong alliance with Kathy, which you didn't get to see too much of on the show. And my whole plan this time was to be under the radar, to expect the unexpected and to kind of let other people think they were the boss. And it worked for me."

Paula from Atlanta wanted to know what the issue was between Alicia and Shii Ann, who seemed so antagonistic toward each other.

"I actually do not have a beef with Alicia at all," said Shii Ann. "I tried to form an alliance and, as you saw in the episode before this one, she didn't want to hear it, because she believed she had an alliance with Rob."

Here is a summary of the April 29 episode:

In last week's episode the contestants got a glimpse of their loved ones on videotape. But this week, in order to enjoy an overnight visit from their friend or family member, the All-Stars were forced to watch their loved ones battle each other in the Reward Challenge.

Each contestant's loved one had to eat foods representing each previous Survivor locale, with the quickest eater taking the prize. Big Tom Buchanan's son Bo won; the reward was spending the night with his dad at the souped-up Chapera camp.

Tom also got to choose another contestant to join him with his son in camp for the night. He chose Boston Rob, whose brother Mike joined him at camp.

Immunity was back up for grabs. Each player had to light a small fire in a bucket with kindling, then fill another counterbalanced bucket with water fast enough lift the fire up to an elevated torch, where it would ignite a fuse. It came down to a contest between Shii Ann and Big Tom, and Tom won immunity by a narrow margin.

Back at camp, Shii Ann scrambled to form a last minute alliance, hoping to oust Jenna in order to save herself before heading to tribal council. Her effort came up short though, and she was voted off the island, leaving only five contestants remaining.