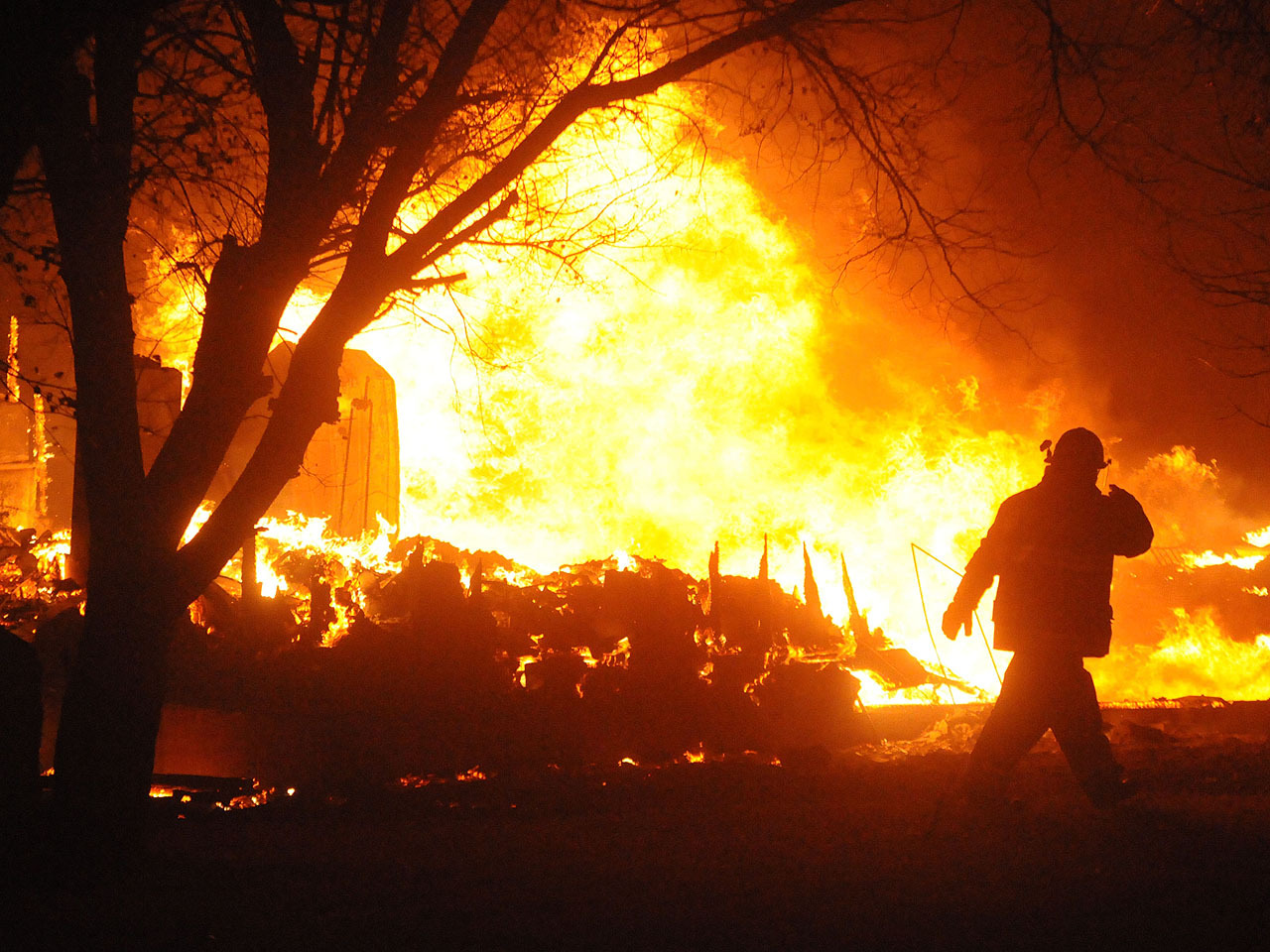 BUCYRUS, N.D. A tiny southwestern North Dakota town has been all but destroyed by a wind-fueled wildfire that displaced its 27 residents, prompting an outpouring of assistance from surrounding communities, officials said Thursday.

No one was injured in the fire that swept through Bucyrus late Wednesday, but the rural town is "pretty much completely lost," Adams County State's Attorney Aaron Roseland said.

The chairman of the County Commission said the fire razed four homes in the town about 60 miles south of Dickinson. He wasn't sure if the town initially comprised of six or seven homes.

"A lifetime of memories (is) gone for at least four families," Chuck Christman said early Thursday.

Firefighters stopped the blaze before it reached a church and it bypassed altogether a privately owned grain elevator on the outskirts of town, Christman said.

"The fire went by it so fast it didn't catch," he said of the elevator.

The fire also destroyed an unoccupied farmstead in the area and about 70 electrical utility poles, cutting power to Bucyrus, Chrisman said.

Authorities were investigating the source of the fire that began Wednesday afternoon and grew to be nearly 10 miles long, pushed by winds gusting in excess of 60 mph. Firefighters from agencies in North Dakota and South Dakota got the blaze under control late Wednesday and were monitoring hot spots early Thursday, the Adams County Sheriff's Department said.

"I've never seen anything like this," Scranton Fire Chief Ryan Schumacher told The Dickinson Press. "Everything is burned here. The town is basically gone."

A shelter was set up in the nearby town of Hettinger, where residents did all they could to make their neighbors feel welcome.

"People opened up their homes. They brought food. It just makes you proud to be from a small community. Everyone pitched in, Christman said. "A lot of strangers with water trucks came in from the oil fields. Thank goodness for cellphones and radios."

The state Department of Transportation said in a statement that it temporarily shut down a portion of U.S. Highway 12 Wednesday night, but reopened it again early Thursday.

A dry summer and fall have produced an extreme fire risk in the region and conditions were ripe Thursday for more wildfires, with winds forecast to gust to more than 50 mph. No rain was expected.