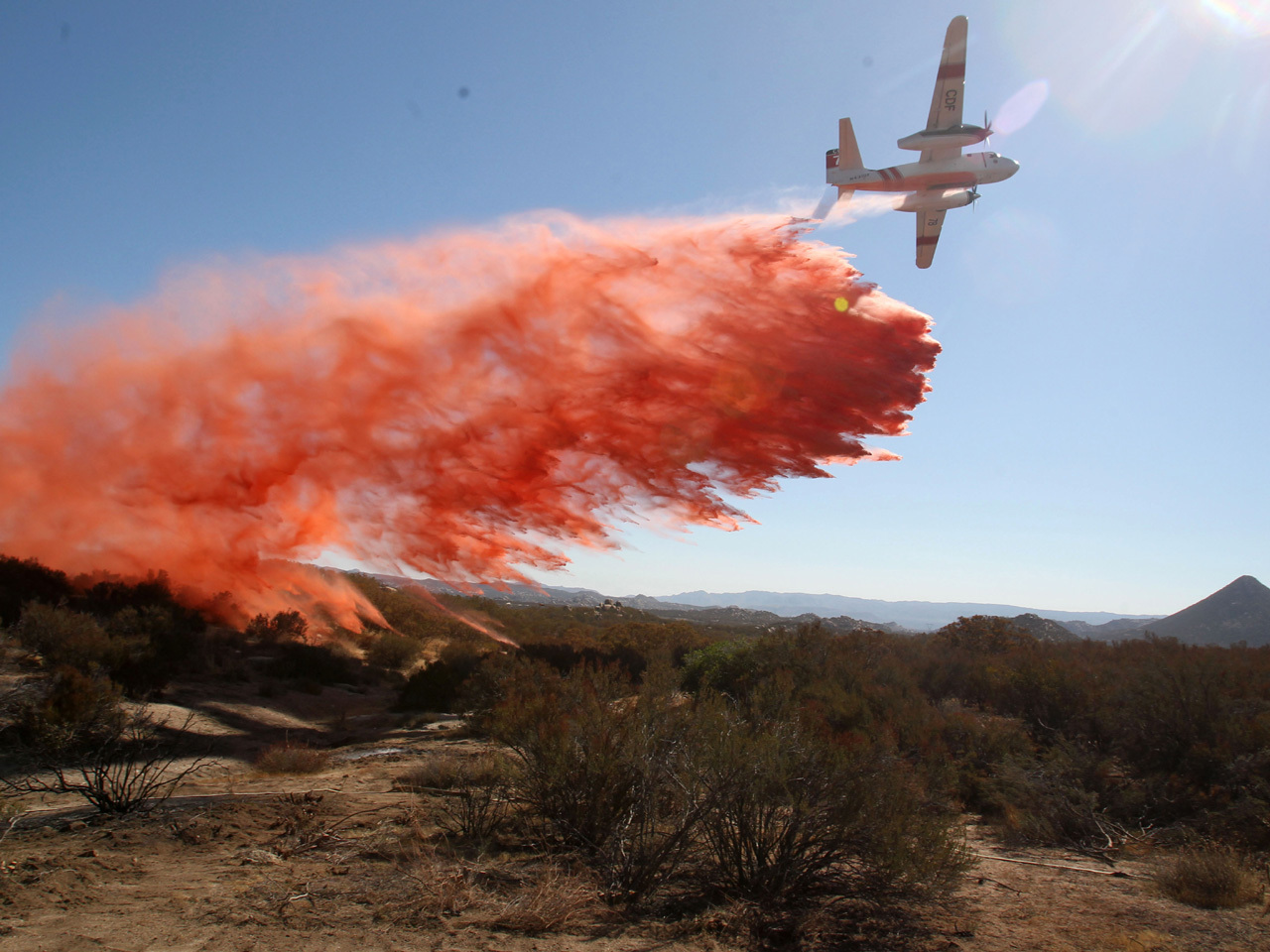 (CBS/AP) CAMPO, Calif. - Firefighters recovered from a burned house near Campo yesterday the body of an elderly man who ignored evacuation orders, as they battled to contain a wind-whipped wildfire.

Nearly 1,000 firefighters planned an all-out effort to surround the blaze in San Diego County. The fire, one of several plaguing California, destroyed 20 homes and continued to threaten about 25 more in the rural community of Tierra del Sol near the U.S.-Mexican border, said fire spokesman Andy Menshek.

About 80 residents remained under evacuation orders.

"That is the one remaining evacuated area," Menshek said. "That's out highest priority today ... we have propane tanks, downed power lines and a lot of hotspots to mop up."

The fire, which has burned 2,851 acres of hilly brush land since Sunday, was 55 percent contained, according to CBS affiliate KFMB. How the fire started remains under investigation.

Officials did not identify the dead man, other than to say he was reported missing by neighbors who were concerned when they saw his only vehicle parked outside.

Sheriff's Lt. Rose Kurupas told the the U-T San Diego newspaper that the man found dead in his home felt he would be OK if he stayed. Residents told the paper he was 82 years old and had one leg.

Resident Christopher Kirchner told the paper that his rental home is about 200 feet from one home that burned down. He says his neighbors "were crying and saying they had no place to go."

While the community of Tierra del Sol remains under evacuation orders, though residents of two other small communities have been allowed to return home. The air quality in many Wenatchee and Cashmere areas was deemed either "hazardous" or "unhealthy" by state officials.

Authorities there updated the sizes of two of the state's largest fires after more accurate mapping and burnouts to create fire lines, officials said. The Wenatchee complex of fires was reported at 82 square miles, while the Table Mountain fire had burned nearly 57 square miles.

Crews also gained ground on a 5 1/2-square-mile fire in Montana's Musselshell County, allowing residents to return to about 50 homes southeast of Roundup. That blaze was human-caused and under investigation.