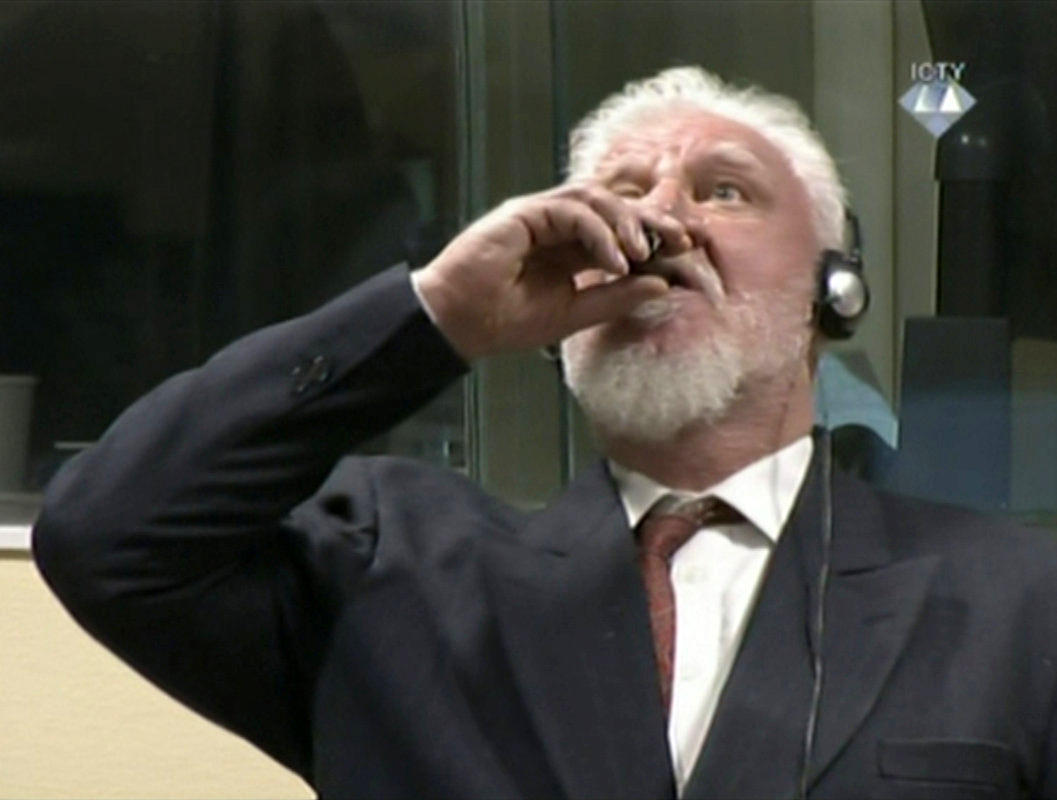 Praljak yelled, "I am not a war criminal!" and appeared to drink from a small bottle, seconds after judges reconfirmed his 20-year prison sentence for involvement in a campaign to drive Muslims out of a would-be Bosnian Croat ministate in Bosnia in the early 1990s.

Presiding Judge Carmel Agius had overturned some of Praljak's convictions but left his sentence unchanged.

Agius quickly halted the hearing at the International Criminal Tribunal for the former Yugoslavia. It could not immediately be confirmed whether Praljak had taken poison.

Dutch emergency services, police, a fire truck and an ambulance parked outside the U.N. tribunal, and what appeared to be firefighters, some of them wearing oxygen tanks, entered the court after Praljak's surprise move.

The court building was not evacuated, but a ramp that would allow a stretcher to be wheeled out was laid down the court steps.

Court spokesman Nenad Golcevski confirmed that Praljak died in a Dutch hospital shortly after drinking the liquid despite efforts to save him.

Wednesday's hearing was the final case at the groundbreaking tribunal before it closes its doors next month. The tribunal, which last week convicted former Bosnian Serb military chief Gen. Ratko Mladic of genocide and other crimes, was set up in 1993, while fighting still raged in the former Yugoslavia. It indicted 161 suspects and convicted 90 of them.

The appeals judges upheld a key finding that late Croat President Franjo Tudjman was a member of a plan to create a Croat mini-state in Bosnia.

Two other suspects had also had their sentences upheld before the hearing was halted.