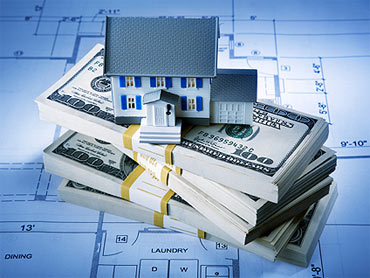 If you've ever spent time stuck in traffic, you know how frustrating it can be. But a man in Washington state has built a way to cut traffic in half — literally.

The Early Show National Correspondent Hattie Kauffman explains that the Tango isn't the latest design from General Motors, Ford or Toyota. The revolutionary, one-of-a-kind, car is fresh off the drawing board of father and son, Rick and Bryan Woodbury.

"My dad had the idea about 20 years ago," Bryan Woodbury says.

Rick hopes his car can help decrease America's dependency on foreign oil because, he explains, the Tango uses one-sixth the amount of energy as an average car.

Some may assume that the Tango is simply a motorcycle with a shell over it. But the Woodburys say looks can be deceiving. The slim automobile won't tip over, they say, because 2,000 pounds of batteries keep the car stable while providing its power.

"[The Tango] has four-inches more leg room than a Subaru Outback," Rick proclaims.

And to prove how easy the car is to maneuver, the Woodburys allowed Kauffman to drive. She found out that the Tango doesn't drive like a golf cart.

To show the power of the Tango, Rick took the wheel. With him driving around town, even the speed demons were impressed with the head-turner. Rick explains the Tango can go 130 mph and 0 to 60 in four seconds.

"It would solve traffic congestion because it's the only car that could fit two in a lane on the freeway," Rick explains.

"I was too dumb to know it couldn't be done," Rick says. "It's such a simple idea, I really thought it should have happened 50 years ago."

The car's inventors say if automakers mass produce the Tango, it could have a sale price of under $10,000. But in order to start an assembly line process, they need to perform crash tests.

Because there is only one Tango, the inventors say they aren't going to crash it. But some day, if some automaker takes a chance on the car and gives it financial backing, the unique looking car may be on a freeway lane near you.