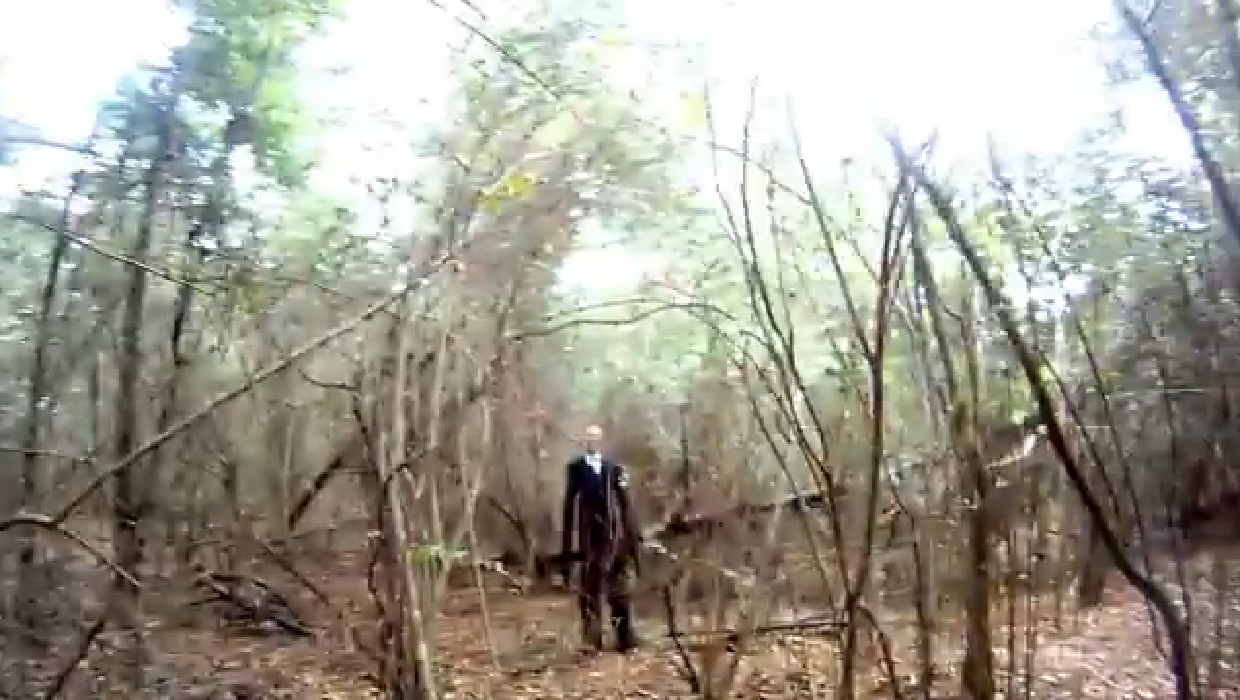 HAMILTON COUNTY, Ohio - An Ohio mother says her 13-year-old daughter attacked her with a knife over the weekend and that it could have been driven by her daughter's obsession with Slenderman, a fictional horror character that made headlines last week after two 13-year-old Wisconsin girls allegedly stabbed their friend to show their dedication to the Internet figure.

The mother, who declined to be identified, told Cincinnati news station WLWT that her daughter, who she says has mental health issues, attacked her with a knife in their kitchen.

"I came home one night from work and she was in the kitchen waiting for me and she was wearing a mask, a white mask," the woman told the station.

The woman reportedly said her daughter had previously referenced demons, insanity and falling into darkness in her writings and drawings.

"We found things that she had written and she made reference to Slenderman," the woman, who received minor injuries in the attack, said, according to the station.

The woman's 13-year-old daughter is reportedly being held in the Hamilton County Juvenile Detention Center.

The Hamilton County Sheriff's Office did not immediately return a call for comment.

According to the criminal complaint obtained by Crimesider, the accused said they were doing so to please Slenderman - the character they learned about on a site called creepypasta which features stories designed to "unnerve and shock the reader."

The website issued a statement last week saying their site is based on fiction and it does not endorse killing.

"This incident shows what happens when the line of fiction and reality ceases to exist," the statement said.

A spokeswoman for Slenderman creator Eric Knudsen also issued a statement saying he was "deeply saddened" by the tragedy in Wisconsin.

Both of the 12-year-old suspects are charged as adults with first-degree attempted homicide. They each face up to 65 years in prison if convicted, according to the Associated Press. They are being held on $500,000 cash bail each.

Anthony Cotton, an attorney for one of the suspects, has said his client shows signs of mental illness and he will push to get the girl's case transferred to juvenile court.

The victim, who is also 12, has been released from the hospital, her parents said Friday night, according to the Associated Press.

"She is excited to be out of the hospital, see her pets and continue along the road to recovery. Our family is extremely grateful for the outpouring of support and love from not only the local community, but from around the nation, and the world," the statement said.

The victim's parents went on to say that they have kept their discussions with their daughter about the stabbing short. But they said they have asked her girl how she found the strength to crawl out of the woods, where she was allegedly left to die.

"Her response was simple: 'I wanted to live,'" the statement said.

Doctors previously told police the victim was lucky to be alive because the knife attack just missed a major artery.