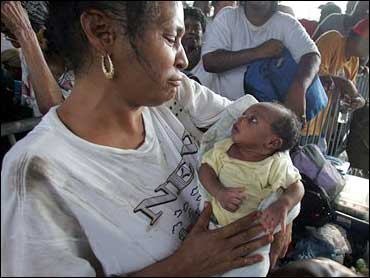 This article was written by Linda S. Wallace.


Sometimes it seems that we are so far apart — as if African-Americans and white Americans live next to one another in starkly different worlds.

Many white Americans sincerely believe that skin color no longer matters. They have shut their eyes to the facts that: this nation's churches remain heavily segregated, research shows children perform better in school when they are taught by members of their own race, and in the singles ads, many whites still seek white partners.

Meanwhile, in the black community — which I'm a part of — we find people believing the other extreme: that racism is at the root of nearly every problem. They have shut their eyes to the facts that: minorities are this nation's new and fastest growing group of entrepreneurs, black public officials are found in the highest levels of government, and parental involvement is a key component of academic success.

Think of it this way: When race is involved, most of us are wearing cultural shades. These lenses, or filters, are shaped by information we keep in our libraries of experience. We decide if others are truthful — or not — by using our family culture, values, and beliefs to help us evaluate their claims.

If we once were falsely accused of racial discrimination, then we are more likely to be suspicious of all those who make the claim that others are being discriminatory. After all, we didn't do it, so why should we believe anyone else did? On the other hand, if we have repeatedly felt the awful sting of racism, we are far more likely to believe the folks who make those charges and less likely to give the accused a fair hearing.

Michael Morris, a professor at Columbia University's graduate school of business, has conducted fascinating research on cultural lenses. Morris and his colleagues have found that these cultural shades operate like Transitions lenses: They activate, automatically, whenever we encounter triggers like deadline pressure, stress, or tension. We can't control them; we only can learn to manage them.

Let's say that one evening I watch a film on the civil rights movement. The next day, a white waitress keeps me waiting at a crowded restaurant. Is it an act of discrimination or just my cultural shades making me think it is?

Once we learn to manage our lenses, we can take a deep breath and consider a far wider range of possibilities — perhaps the waitress didn't see me, for example.

Unfortunately, researchers find that in the times when we need the greatest clarity and objectivity, we are most likely to be wearing our cultural shades. Hurricane Katrina is the most recent example.

We will each have on our cultural shades as we evaluate the actions of players in this tragic human drama: former FEMA Director Michael Brown, the impoverished and disabled evacuees trapped in the Superdome and Convention Center, the looters and murderers, and the people who still refuse to abandon their homes.

So which cultural lens is right? Well, we can't tell unless we do additional detective work. Most of us, however, never get around to digging for truth. Since we aren't even aware that other cultural filters exist, we assume that our view is right. Unfortunately, this tendency keeps many of us from confronting our hidden biases and developing the cultural skills that would help us expand our profitability and influence.

The Pew Center for Research for the People and the Press reported this past week that 7 in 10 blacks felt the disaster aftermath shows that racial inequality remains a major problem in the country. In contrast, only 32 percent of whites felt similarly.

Two-thirds of African-Americans, moreover, said that the government's response to the crisis would have been faster if most of the storm's victims had been white. More than three-quarters of whites (77 percent) believed this would not have made a difference.

America's rich diversity of cultural views provides us with an asset because no group will be right all the time. The broader our cultural spectrum, the more likely we are to find the truth. Actually, the greater challenge is to understand why our cultural filters differ, and to teach students and workers how to view life through a multitude of cultural shades.

It's the things we don't know about one another that really hurt us.