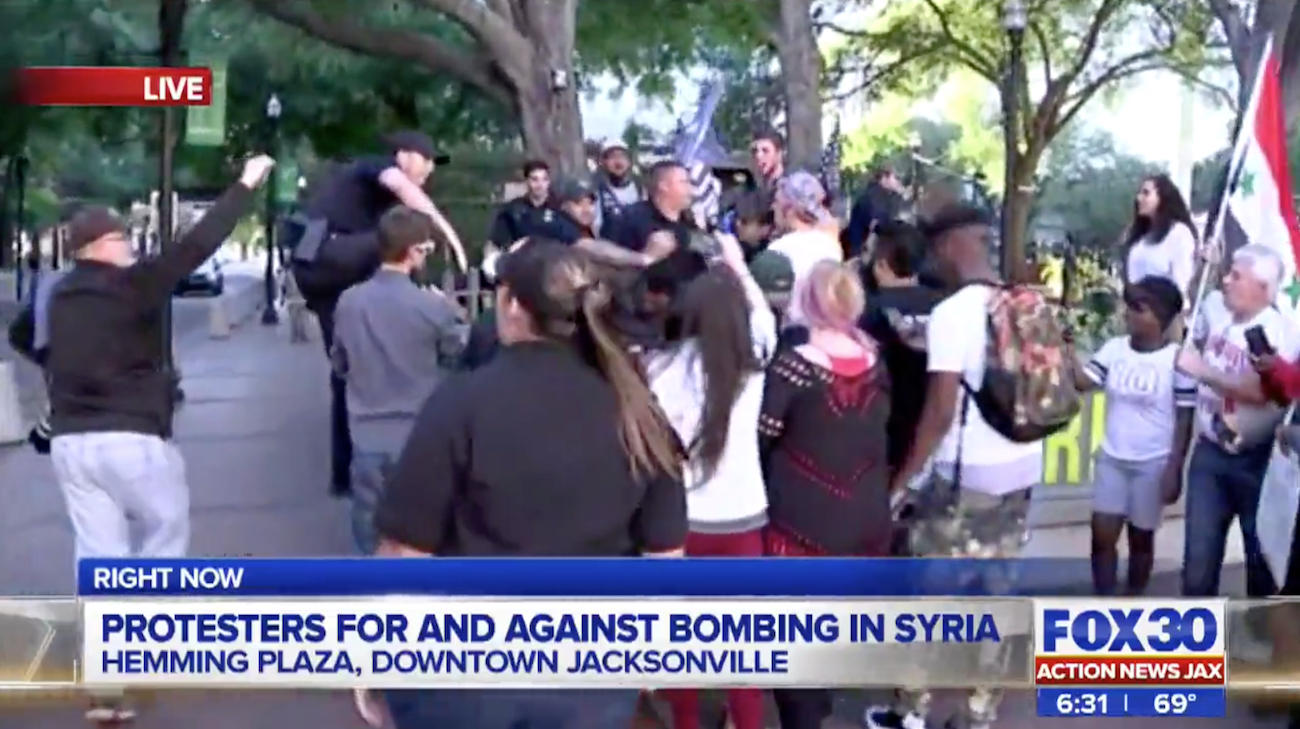 JACKSONVILLE, Fla. - Six people have been arrested in Florida after a protest against U.S. military action in Syria turned violent.

Authorities say a peaceful protest in downtown Jacksonville escalated into a confrontation between demonstrators and their opponents Friday night.

Jacksonville Sheriff’s officials estimated between 100 and 200 people were in the crowd. Officers said they were punched and kicked as they tried to break up the melee but no one was seriously hurt.

Six people were arrested, including the protest organizer. The charges range from battery on a law enforcement officer and resisting police with violence. One person was charged with marijuana possession.

Police told CBS affiliate WJAX-TV that one man at the protest was waving a pro-Trump flag while several protesters “stood in his face while recording him with cellphones.” They said Crooms “began to yell ‘[expletive] the police’ and the protesters followed his lead.”

The man holding the Trump flag began to yell pro-police statements into a megaphone, police said, and Crooms went after him. A struggle ensued between police and Crooms, who was taken to a nearby hospital with non-life-threatening injuries.

“To see my son being hit upon, and punched like a punching bag, that’s very upsetting to me,” she told WJAX-TV, explaining that her son is deaf and that she didn’t see him fight back. “This is how we treat our children with disabilities? This is very upsetting.”