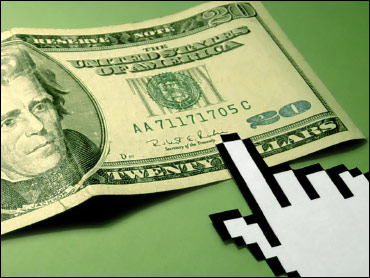 Apparently, I am one of the few people who use the personal finance app Quicken the way its geek programmers intended: I use it to record my every financial transaction (except small cash purchases), every investment activity, and every penny I pay on interest for my mortgage into it. For some reason, I'm obsessive about keeping track of my money. My one concession to practicality and time savings in recent years: I no longer break out what I spend on sales tax for retail transactions.

But compulsive behavior isn't by itself smart money management. In fact, I'm doing things all wrong. I've got the details but I don't act on them. I can see where my money is going, but that's all I really do with the information: watch my money go.

Current Web-based personal finance apps make it much easier to do things right. They don't just collect your financial transaction data, they analyze it. They make suggestions. And until your finances get Madoff-complicated, they do a good job at giving you a simple picture of what's going on with your money. Simple enough that you can act on the information in smart ways.

Like most online personal finance sites, Mint will log on to your bank and investment accounts, download your data, and show you exactly what you're spending money on. It also does a fairly good job of categorizing your transactions. It will tell you, for example, what you're spending on gas every month, even if you buy gas from different stations.

Mint's clever trick is that it lets you compare you spending habits with other people in your location (city or state). If you see that you're spending more than most people on utilities, for example, that may help prod you to lower your energy use. It's a limited feature (you can't filter out people who have bigger or smaller families than you, for example) but it still provides very useful data.

The service also looks at the fees and interest associated with your bank and credit accounts, and gives you customized advertisements showing how much you would save if you switched to another bark or card. Again, the data behind the feature is limited, but it's enough to let you know when you're getting fleeced by your financial institution.

Wesabe, like Mint, gives you specific ways to save money, but its tips aren't from advertisers. Rather, it compares how much you spend per transaction at a particular vendor, like a grocery store or fast-food restaurant, and then suggests that next time you're thinking of going to that establishment, you try a lower-priced option in the same category, based on data from other users. The service also identifies recurring fees and subscriptions and will offer them up to you as optional "cutbacks," reminding you as you get closer to the next time the fee is paid that you might want to terminate the service.

Wesabe also lets you select from a menu of financial goals -- both savings and other, such as "stop paying overdrafts" -- and it tracks your progress towards them. Wesabe has a community of users in online forums on the site, so as you try to grapple with the system's advice you can talk with other users in similar situations.

Intuit, which makes Quicken, also has an online version, Quicken Online. Its trick is its clear and simple way of telling you about your cash position. It tells you how much money you have left to spend until your next paycheck, and when that will be. It also helps you track simple goals, like saving for a vacation or car down payment. Quicken Online does far less than Quicken the software app, but it's also much simpler. It's also free.

Thrive is the stern nanny of personal finance sites. It evaluates your financial habits and gives you three achievable goals about them, like taking 10 percent less cash out of the bank machine each month. Make that goal, and it's replaced with another. I hate this site. Because it's right.

Other sites in this vein include Geezeo, which has a very strong community angle, including a section for financial "confessions." There's also Buxfer, which has the neat feature of helping you settle shared bills, like rent and phone; it's great if you have roommates.

None of the sites let you pay bills or actually execute financial transactions through them, as the financial apps Quicken and Microsoft Money do. However, since most bank sites now have bill-pay features, that's not a great loss. Any money you spend on a bank site will get picked up when it's recorded by the sites covered here.

One warning: If you read my last column, you know that there is a risk to using online resources. And when you're talking about online banking, that risk is material. You have to give your bank accounts' user IDs and passwords to these sites to use them so they can gather data for you. That is a risk. None of these sites has had a breach and let private customer information into the wrong hands, and they all depend on maintaining their users' trust. Each company's CEO will tell you that their sites are virtually un-hackable, and that even if someone got your password on the service, all they could do is see your transactions -- remember, these sites don't let you actually move money.

If, however, one of these services was hacked and the bad guys got your stored bank passwords out of it, well, that would be financially catastrophic. The site spokespeople will tell you that's not possible. They're probably close enough to right that it doesn't matter. But there is no such thing as zero risk when it comes to computer security.

All of these sites are free, and you could, theoretically, use them all. I wouldn't recommend that, but it could be an interesting exercise. Personally, I like the advice from Wesabe and Thrive. But Mint collects data from more sources, like investment accounts, so it gives you a more complete financial picture.

For finding ways to be smarter about money, all of these sites are better than one of the old-school software-based financial products, and definitely superior to the most common personal financial management system -- guesswork.

Sea change: How the Dutch confront the rise of the oceans
View CBS News In
CBS News App Open
Chrome Safari Continue
Be the first to know
Get browser notifications for breaking news, live events, and exclusive reporting.