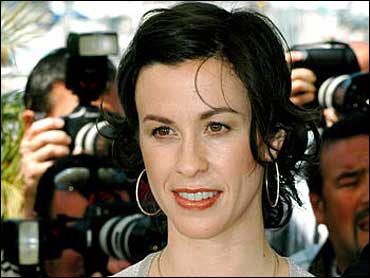 Isn't it ironic? Alanis Morissette, who made her name with poignant, angry songs about wrecked relationships, is engaged.

The 30-year-old singer says her boyfriend, actor Ryan Reynolds, has asked her to marry him, according to Us Weekly magazine. The couple hasn't set a date yet.

Morissette and the star of the movie "National Lampoon's Van Wilder" started dating by e-mail two years ago.

"I knew early on that he was someone I could spend the rest of my life with," she told the magazine for its June 28 issue. "I just feel like we're family and we're on this journey of evolving together. He's courageous, he'll talk about anything, he takes responsibility, he's just unbelievable."

Reynolds, 27, flew to Ottawa to ask Morissette's parents for permission to propose to her -- which the singer didn't know about. He also helped design her 2.5 carat emerald-cut platinum ring, and got down on one knee to give it to her.

"We were at home," she said. "It was very simple, pure and sweet - and shocking!"

Morissette, whose songs include "Ironic" and "You Oughta Know," has won several Grammys, including album of the year for 1995's "Jagged Little Pill."