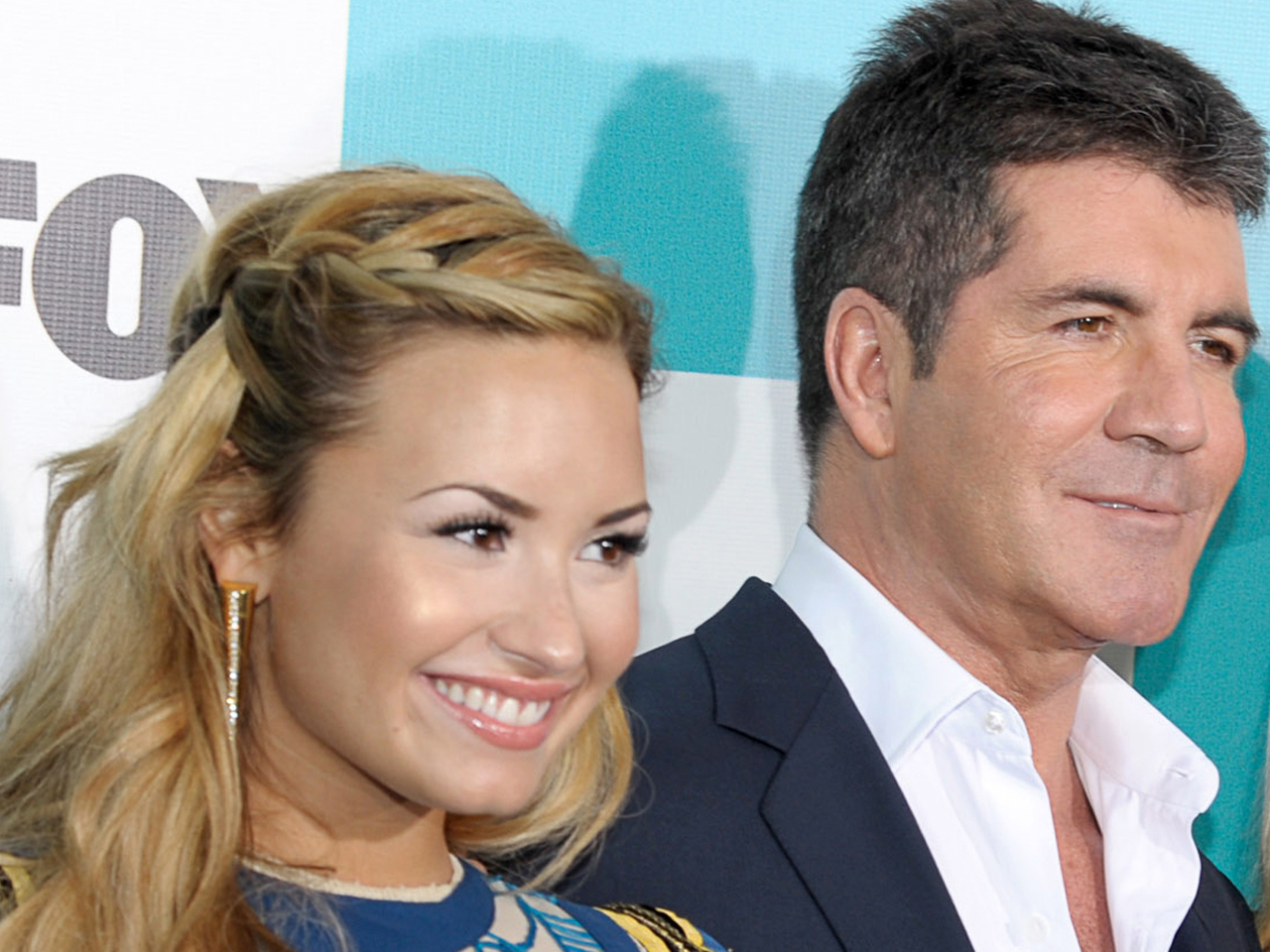 (CBS News) Demi Lovato had to face the wrath of Simon Cowell while co-hosting the Teen Choice Awards Sunday night in Los Angeles. Sort of.

Her "X-Factor" co-horts, Britney Spears and Antonio "L.A." Reid, taped heartfelt messages for the star that were shown at the start of the Fox awards show.

But Cowell, who also taped a message for Lovato, took a different approach when addressing the new "X-Factor" judge.

He said he's been working with Lovato for the past couple of weeks on "The X-Factor" and has found her "annoying, obnoxious, disruptive ... irritating." Cowell said Lovato has bad manners and "not great taste," adding, that she's a brat.

Clearly, it was all in good fun because by the end of his rant, Cowell got a little nicer.

"That's what makes her special and I really do love her, a bit," Cowell joked. "Have a great night. Wish I was there but no one invited me."

Lovato didn't take much time to respond, telling viewers, "He's just old ... He isn't used to women in this century being able to sit with him."

Tell us: How did Lovato do as co-host?