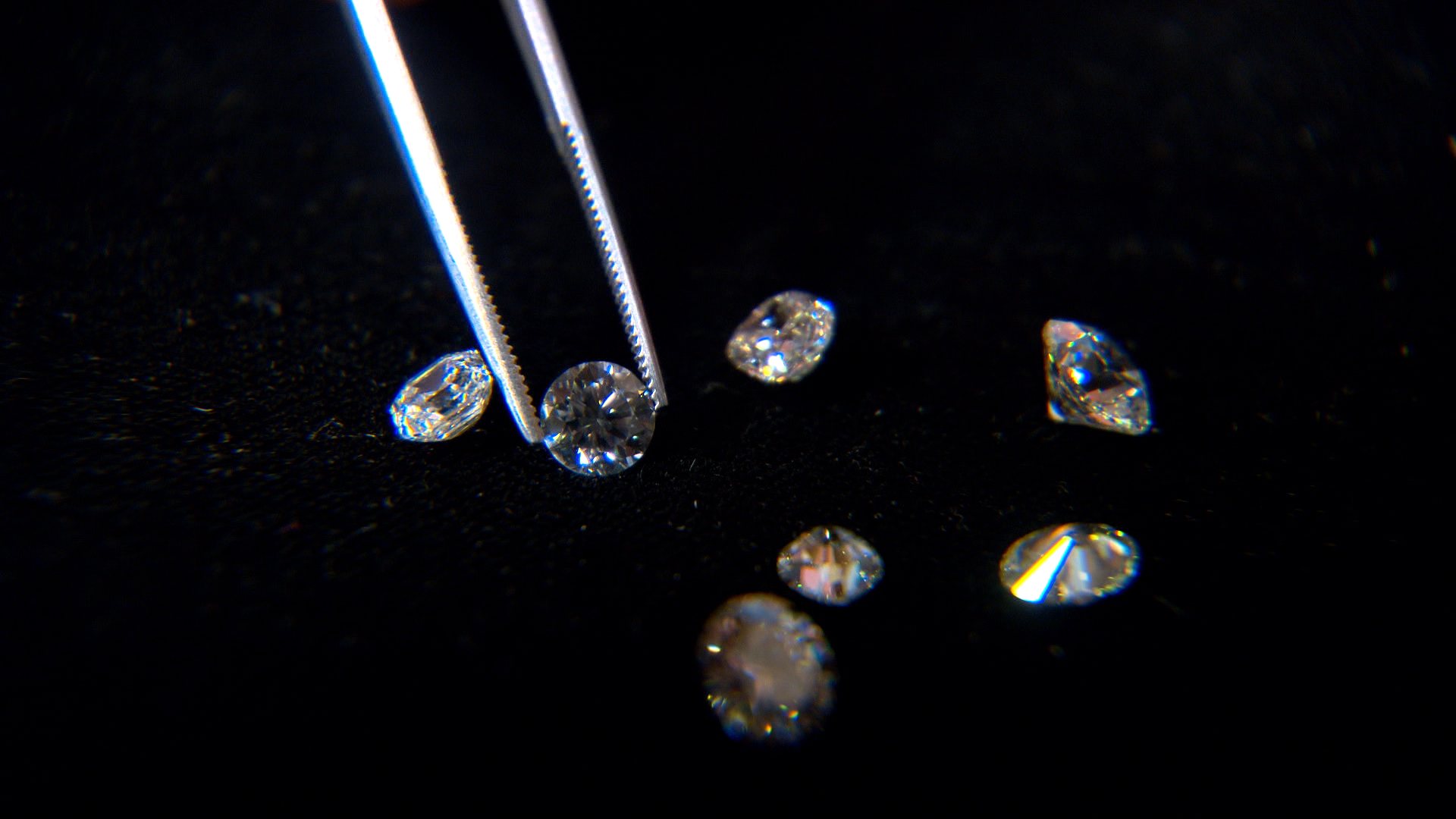 At one Silicon Valley startup, engineers are doing in weeks what takes nature millions of years.

"Just like out of mine, our growth chambers produce a rough diamond," said Jeremy Scholz, Chief Technology Officer of the Diamond Foundry. "For us, in just a few weeks, we produce a one-carat stone with plasma and with chemistry. We're accelerating the very same processes that happen in the earth."

To protect their secrets from the competition, the Diamond Foundry provided only glimpses of the machines that -- at 10,000 degrees Fahrenheit -- rearrange carbon atoms into precious gems.

Chief Quality Officer John King of the Gemological Institute of America - who grades diamonds - said there is little difference between those mined from the earth and those grown in a machine.

"To the lay person it would be very hard to see some of the differences," King said. "They're both diamonds, they have the same chemical properties, the same physical properties. But I think there's always that interest in items that have occurred naturally."

This begs the question: Can a diamond made in a laboratory ever satisfy one of the most famous lines in advertising: "A diamond is forever?"

The world's leading diamond producer, De Beers, told "CBS This Morning," that the "finite nature of natural diamonds makes them inherently valuable... synthetic diamonds can be mass produced... and will not retain value over time."

And Signet, parent company of retailers like Kay and Zales, said none of its stores carry lab-grown diamonds. Martin Roscheisen, CEO of Diamond Foundry, suggests there's nothing romantic about the environmental damage caused by mining.

"In this day and age the mining of diamonds does not make sense," Roscheisen said. "Diamonds in the earth are not rare. The mining cartel just controls the extraction."

The diamond industry has also been linked to human rights abuse in Africa and was the inspiration behind the movie, "Blood Diamond."

When star Leonardo DiCaprio heard about Diamond Foundry, he became an early investor.

"We want to offer a better choice -- a sustainable and honest and transparent choice in an industry that hasn't had it," Roscheisen said.

But whether diamonds are coming from the earth or Silicon Valley, don't expect a bargain. Foundry Diamonds cost only about 15 percent less than the real thing.