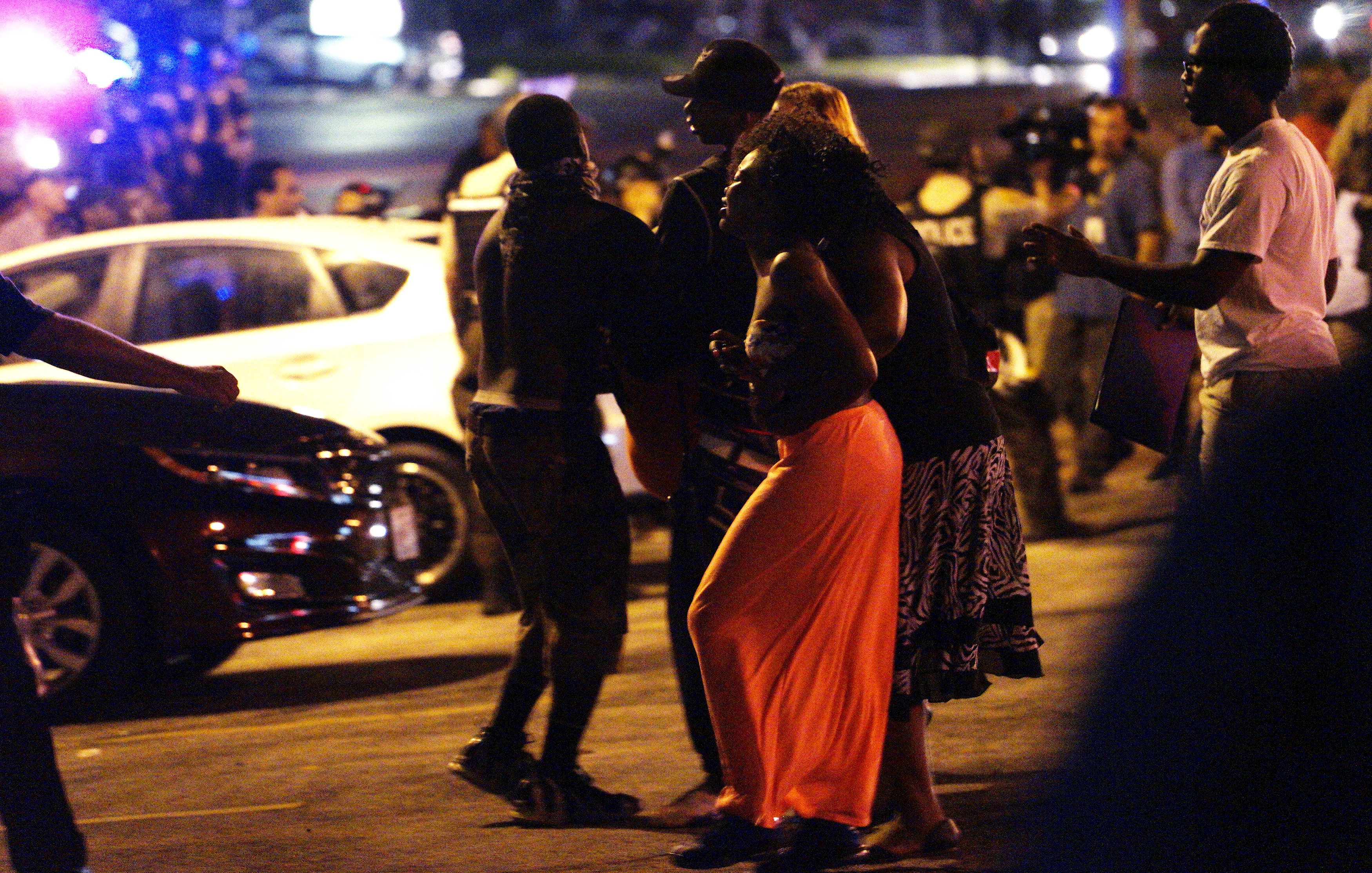 FERGUSON, Mo. --St. Louis County Police Chief Jon Belmar says a man who opened fire on officers in Ferguson, Missouri, is in "critical, unstable" condition after being struck when the officers returned fire.

Belmar said at a news conference early Monday morning that plainclothes officers had been tracking the man, who they believed was armed, during a protest marking the anniversary of the death of 18-year-old Michael Brown.

Belmar says the man approached the officers, who were in an unmarked police car and opened fire. The officers returned fire from inside the vehicle. They then pursued the man on foot.

The chief says the man again fired on the officers. All four fired back.

The man was taken to a hospital, where Belmar said he was in surgery. The man was not immediately identified.

The Associated Press reports one of its photographers saw a man lying face down, covered in blood, behind a boarded-up restaurant after the shooting. Later, an AP reporter saw a woman overcome with grief. Friends were consoling her. She screamed: "Why did they do it?" Another woman nearby fainted. A man nearby said, "They killed my brother."

Belmar says the police shooting happened shortly after dozens of shots rang out around 11:15 p.m. Sunday, as protesters were gathered on West Florissant Avenue. The shots sent the crowd and journalists running for cover, reports CBS News producer Jonathan Blakely.

Belmar says the officers involved will be put on administrative leave as details of the incident are sorted out.

He called the shooting a tragedy that didn't have to happen, adding that a small group of people is intent on causing trouble.

Belmar appealed to the public for help.

Brown, who was black and unarmed, was fatally shot by white Ferguson Police officer Darren Wilson. A grand jury and the U.S. Department of Justice declined to prosecute Wilson, but the shooting touched off a national "Black Lives Matter" movement.

Earlier in the evening, two businesses were broken into. Bowen's Beauty Supply Store on West Florissant was vandalized around 8:30 p.m. Police believe the person stole a cash register but then dropped the register outside a nearby store and fled, KMOV says.

Someone later threw a glass bottle towards officers. Police with riot gear then arrived.