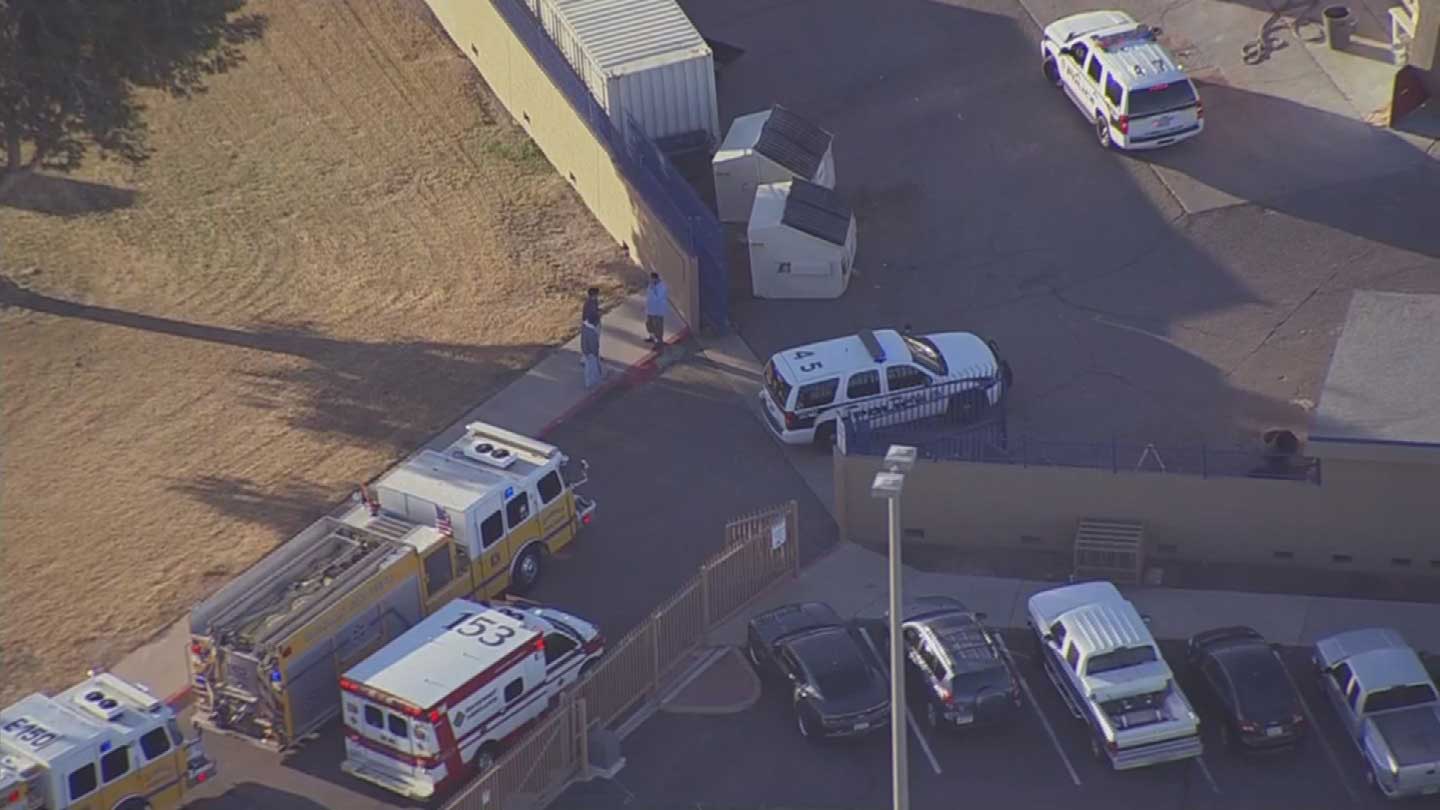 Glendale Police Officer Tracey Breeden told CBS affiliate KPHO that the victims are teenagers. Their conditions are not known.

Breeden said police are not looking for an active shooter.

"Children are safe and it's not a dangerous situation," Breeden said.

An ambulance was seen leaving the area without activating its sirens or lights and officers have put up a large blue tarp outside the school cafeteria.

Breeden said the shooting occurred on school grounds near a patio-covered area.

One student told KPHO during a phone call that everyone was in class at the time of the gunfire. The school was placed on immediate lockdown.