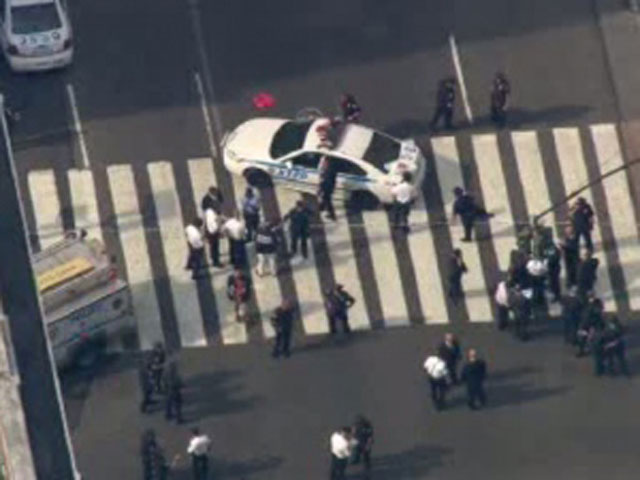 (CBS/AP) NEW YORK - New York City officials say several people have been shot outside the Empire State Building and that the gunman is dead. A witness told Fox 5 News says the gunman was "shooting indiscriminately."

There are conflicting reports of how many were injured in the Friday morning attack.

Aliyah Imam tells Fox 5 News that she was standing at a red light when a woman standing next to her fell to the ground. She says the woman was hit in the hip and that the gunman was "shooting indiscriminately at people."

The Associated Press reports that city police say at least four civilians have been wounded. According to CBS New York, as many as ten people were injured.

A fire department spokesman says they received a call about the shooting just after at 9 a.m. and that emergency units were on the scene within minutes. The spokesman had no information about how many people were wounded or their conditions.

Some of the victims were reportedly found inside the lobby of the Empire State Building while some were found on the street, CBS New York reports.

There is a large police presence on the scene and the FBI has also responded, according to the station.