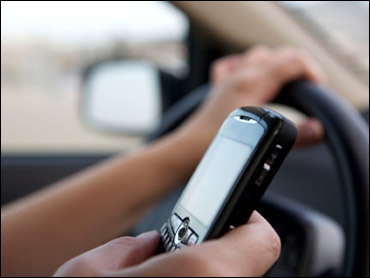 When I think about all the possible dangers associated with technology (cyberbullying, sexting, inappropriate material, online and game addiction and even the remote chance of being harmed by a predator), nothing strikes me as scarier than texting while driving.

A recently released study (PDF) by the VirginiaTech Transportation Institute found that truck drivers who were texting were 23 times more at risk of a "crash or near crash event" than "nondistracted driving." As per talking on a cell phone, the same study found no increased risk for truck drivers and 1.3 times the risk for car drivers. There was considerably more risk associated with dialing while driving. The institute's Richard Hanowski acknowledges that the numbers are likely to be different with car drivers. As reported by CNET's Jennifer Guevin, the study also found that "texting took a driver's focus away from the road for an average of 4.6 seconds--enough time...to travel the length of a football field at 55 mph."

Paul Green, research professor at University of Michigan Transportation Research Institute who has done a decade's worth of research on driver distraction, said "from the science so far, it's very clearly a problem. We don't have exact statistics yet, we have enough information to say that texting shouldn't be permitted while driving."

The New York Times has created an interactive game that measures how reaction time is affected by distractions.

Teens at biggest risk
When it comes to texting while driving, teens are a particular risk group considering that, according to Nielsen (PDF), "The average U.S. mobile teen now sends or receives an average of 2,899 text-messages per month" and apparently some of those texts are being sent and read from behind the wheel.

This issue is in the news a bit more than usual these days because of a shocking video created by a police department in the UK. It depicts a teenage girl texting while driving followed by a terrible crash with gruesome results for her friends in her car and the family whose car she hit. Before viewing the video (scroll down) please be aware that it is graphic and very disturbing. And before forwarding it to a teenager, also be aware that many youth risk prevention specialists question the effectiveness of videos that try to use shock value to change teen behavior.

Shock videos can backfire
Russell Sabella, professor of counseling in the College of Education, Florida Gulf Coast University, says that "While there is some research that shows that some students can be sensitized to potential consequences from videos like it, there is also evidence that students get emotionally aroused in the short term but desensitize in the long term. He said "some students get reinforced by the message that this happens to others but 'it won't happen to me.'"

Professor Sabella "would rather see a video with more positive role modeling such as someone who turns off their phone before they drive or perhaps uses a "designated texter"--someone else in the car who can do the texting for you." If a shock video is going to be used, he said "is has be of a comprehensive effort which includes kids, parents, teachers, legislators, and authorities."

"A more effective approach," said Patti Agatston from the Marietta, Ga.-based
Prevention/Intervention Center, "might be to have teens involved in creating a public service announcement that include positive messages about looking out for themselves and the people they care about by not texting and driving." Agatston says that it's "helpful for youth to receive consistent and repeated messages from a variety of sources, including their peers and parents or guardians."

Don't just forward this to your kids
Indeed, if you are going to show this video to your kids, I suggest you watch it with them or, better yet, assemble a group of teens to watch it together and discuss it among themselves. What their peers say will have a bigger impact than what you say. You can view the video here: