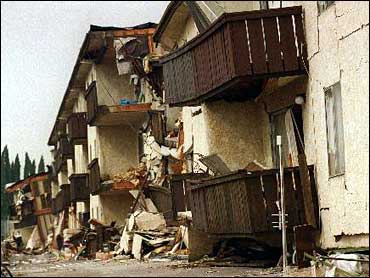 The centerpiece is a new Web site that offers advice on how to bolt down heavy furniture and appliances so that they don't topple.

"Stuff happens and you have to prepared," said seismologist Lucy Jones of the U.S. Geological Survey.

To help get the message across, actor Edward James Olmos will appear in a series of TV, radio and print ads in both Spanish and English.

The "Shift Happens: Secure Your Space" campaign was announced on the 150th anniversary of the biggest quake in the state's recorded history — the magnitude-7.9 Fort Tejon quake that killed two people in what was then sparsely populated Southern California.

Experts say such a quake today would kill scores of people and cause tens of billions of dollars in damage.