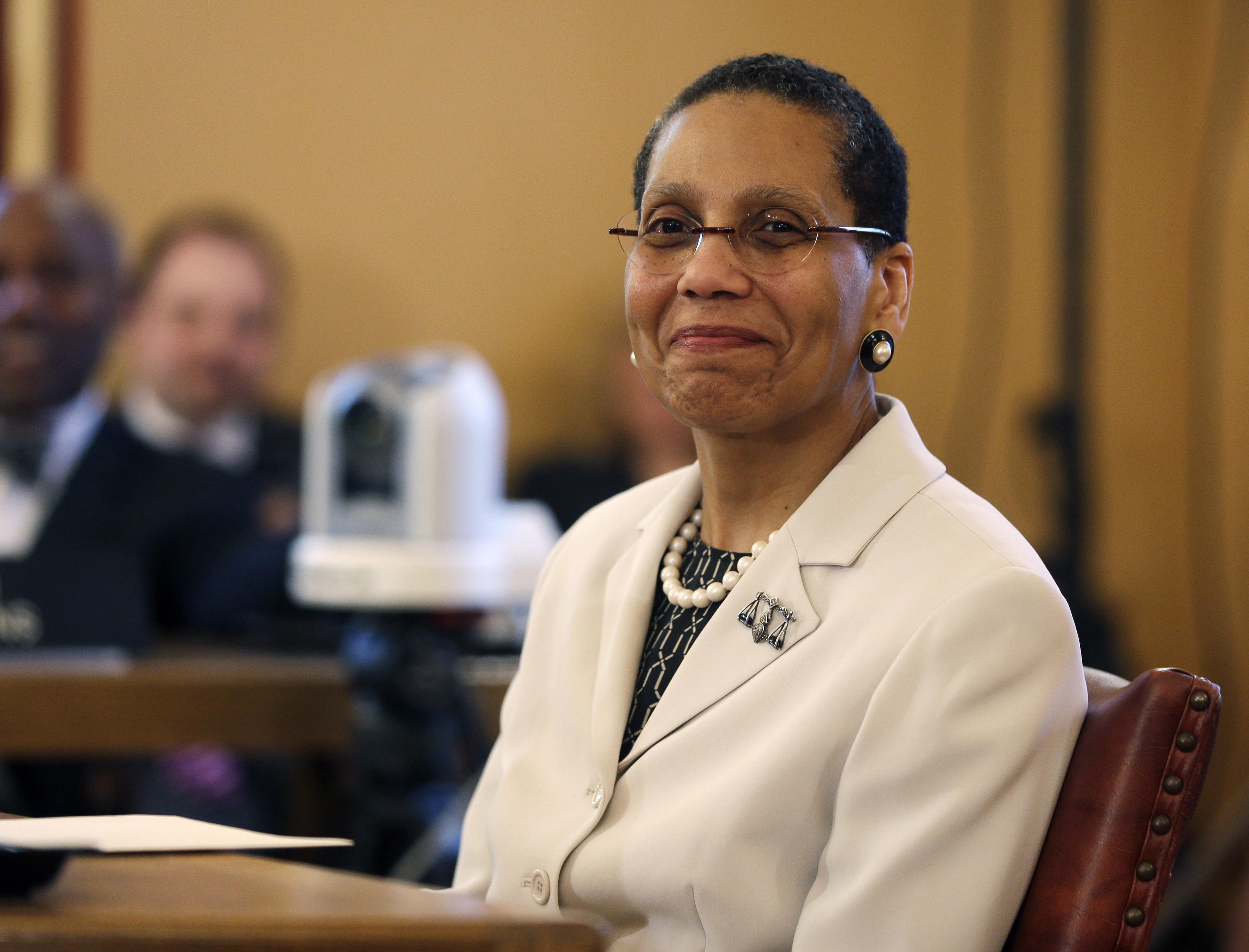 NEW YORK -- When Sheila Abdus-Salaam agreed to speak this month at an alumni gathering at Columbia Law School, it was business as usual for someone in demand as the first black woman to serve on New York’s highest court.

But only six days before the event at her alma mater, Abdus-Salaam’s success story took a startling turn: Her body was found floating in the Hudson River, leaving those who knew her trying to reconcile a seemingly stable life with a mysterious death that’s still under investigation.

The New York Police Department said this week that it’s still found no signs of foul play, suggesting she may have killed herself after wandering the streets of Harlem for four hours. Her family and admirers insist that doesn’t add up.

“Sheila was one of the most rational, measured and intellectual folks that I’ve ever known,” said Keith Wright, a former state assemblyman, longtime friend and neighbor who exchanged pleasantries with her in the subway two days before the death. “I don’t believe she killed herself.”

In a statement, Abdus-Salaam’s family has disputed reports that she was battling depression and that, according to police, her death fell around the anniversaries of the suicides of both her mother and brother. Police later admitted that they were wrong about the mother’s cause of death.

More questions followed after the NYPD tweeted a photo of a flyer last week asking for information from anyone who may have come in recent contact with Abdus-Salaam and after a police official called the death “suspicious.” But police have stressed that only meant they hadn’t reached a conclusion about the death.

The news coverage has “frequently included unsubstantiated comments concerning my wife’s possible mental and emotional state of mind at the time of her death,” said the Rev. Canon Gregory Jacobs, her third husband and an Episcopal pastor who shared a home with her in New Jersey. “Those of us who loved Sheila and knew her well do not believe that these unfounded conclusions have any basis in reality.”

The 65-year-old Abdus-Salaam was raised with six siblings in a working-class family in Washington. CBS New York reports that she graduated from Barnard College in 1974 and received her J.D. from Columbia Law School -- where she was on a committee organizing a 40th class reunion in June -- in 1977, according to her New York court system biography.

She began her career as a staff attorney at East Brooklyn Legal Services, served as an assistant attorney general in the New York State Department of Law, Civil Rights and Real Estate Financing bureaus, and served as general counsel for the New York City Office of Labor Services.

Abdus-Salaam was elected as a New York City civil court judge in 1991, and was elected to Manhattan Supreme Court in 1993. She was appointed as an associate justice of the appellate division by Gov. David Paterson in 2009, and was appointed to the Court of Appeals -- the state’s highest court -- by Cuomo four years later.

She once said that she wanted people to “consider me to be a judge who listens and gives them a fair shot.”

Her death brought an outpouring of accolades. Cuomo called her a “trailblazing jurist whose life in public service was in pursuit of a more fair and more just New York for all.” Democratic Mayor Bill de Blasio said she was “someone who got so far and was lost so soon.”

“She was a humble pioneer,” de Blasio tweeted after her death.

Unable to locate any witnesses, police so far have relied on security video to try to retrace the last hours of Abdus-Salaam’s life. She spent her workweeks in the city at an apartment on West 131st Street in Harlem.

After staying home from work on April 11, she was seen on video leaving the home at around 8:30 p.m. and walking several blocks north, then eventually west on West 145th Street to an elevated park on the Hudson River, where a final video shows her alone there at about 12:30 a.m. on April 12, according to two law enforcement officials.

Her body was found in the water about 13 hours later without obvious signs of trauma. She was in the same clothes -- sweatshirt, sweatpants and white sneakers -- as seen in the videos.

The law enforcement officials spoke to The Associated Press on condition of anonymity because the investigation hasn’t been completed.

Results of an autopsy are pending.

“I don’t get it,” Wright said of the death. “I don’t understand it. Hopefully, we’ll have some answers soon.”