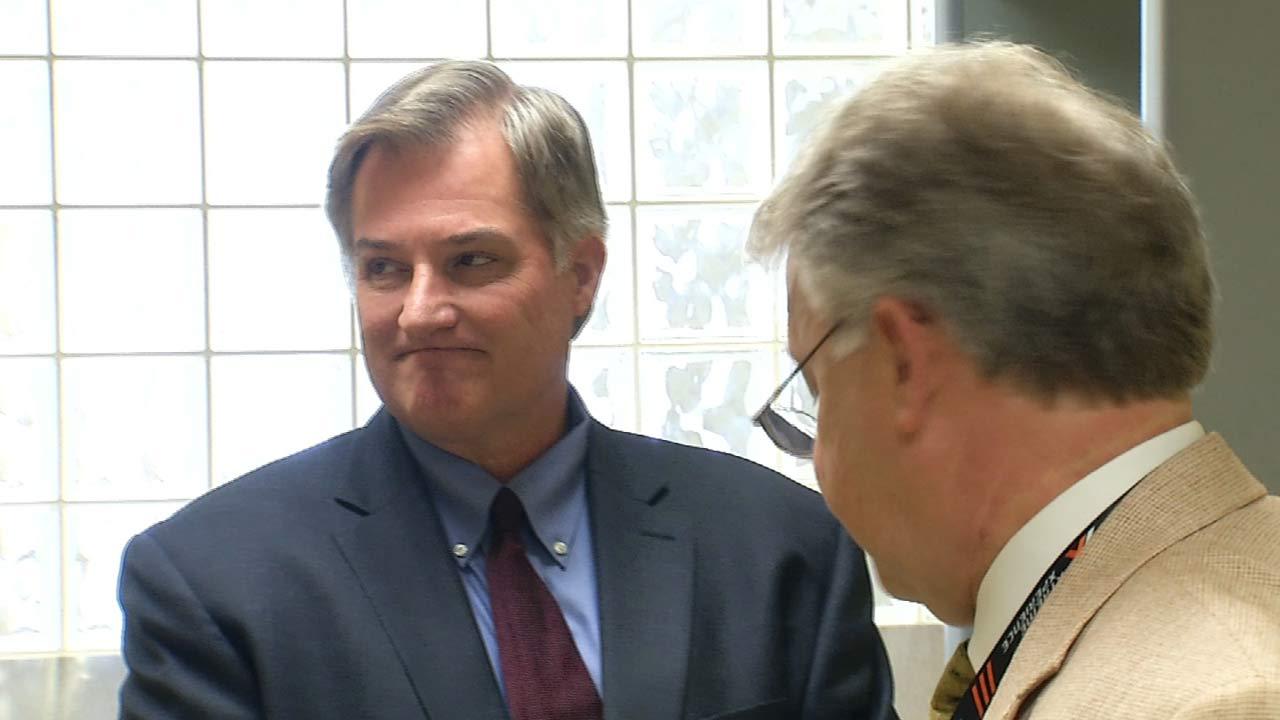 TULSA, Okla. -- For the third time in less than a year a jury deadlocked on Friday and forced a mistrial in the murder case of a white former Oklahoma police officer accused of killing his daughter's black boyfriend, astonishing prosecutors and frustrating the boyfriend's family.

Tulsa County District Attorney Steve Kunzweiler said he was shocked that a mistrial was declared after such short jury deliberations.

"I've never encountered a dynamic like this in 25 years of practice," Kunzweiler said after the mistrial was declared. "In my opinion, there should be some compulsion placed on jurors to reach a verdict."

Kepler and his attorneys cheered loudly in the elevator leaving the courthouse, CBS affiliate KOTV reports.

"It's a six-six mistrial," Kepler's attorney Richard O'Carroll told KOTV "And these jurors specifically told the court and the state and the defense that they needed more evidence."

The jury deadlocked 6-6, but Kunzweiler said it was unclear if the breakdown was six for conviction and six for acquittal or six for murder and six for the lesser charge of manslaughter.

Kepler, who retired from the force after he was charged, was a 24-year-police veteran who said he was trying to protect his daughter, who had run away from home and was living in a crime-ridden neighborhood. O'Carroll said Lisa had been in and out of a homeless shelter after her father prohibited her from bringing men into his house.

Kepler told investigators he was acting in self-defense because Lake was armed, but police didn't find a weapon on Lake or at the scene. Lake's aunt said her nephew was reaching out to shake Kepler's hand to introduce himself when Kepler fired.

"But I'm not giving up hope," she said. "We're believing in God and justice for Jeremey."

Jurors in Kepler's previous two trials, in November and February, deadlocked 11-1 and 10-2 in favor of guilt and Judge Sharon Holmes was forced to declare mistrials. Although they couldn't agree on the murder charge, jurors in the first trial convicted Kepler of recklessly using his firearm.

Lake's killing was among a series of fatal shootings of black people by Tulsa-area law enforcement officers in recent years.

On June 9, two white Tulsa County deputies and a black Tulsa police officer shot and killed Joshua Barre, a mentally ill black man who wielded two large knives as he walked down a Tulsa street. A deputy tried to subdue Barre with a stun gun just outside a convenience store, but it had no effect. Fearing for the customers' safety, the deputies and police officer opened fire, killing him as he tried to enter the store.

A jury on May 17 found white Tulsa police officer Betty Jo Shelby not guilty of first-degree manslaughter in the Sept. 16, 2016, death of Terence Crutcher, 40, shot shortly after Shelby arrived on a street to find Crutcher's SUV stopped in the middle of the road. Shelby testified that she was afraid because Crutcher didn't obey her commands and appeared to reach inside his SUV. Prosecutors told jurors that Shelby overreacted, noting that videos from a patrol car dashboard and a police helicopter showed Crutcher had his hands in the air and did not have a weapon.

In 2016, former Tulsa County volunteer sheriff's deputy Robert Bates was sentenced to four years in prison for second-degree manslaughter in the April 2015 death of Eric Harris, 44, who was unarmed and restrained. Bates, who is white, has said he confused his stun gun with his handgun. That shooting led to the temporary suspension of the reserve deputy program after a report found poor training of the volunteer officers, a lack of oversight, and cronyism. Bates is appealing his conviction.

The shooting involving Kepler was four days before a white police officer fatally shot an unarmed black teenager in the St. Louis suburb of Ferguson on Aug. 9, 2014.

Michael Brown's killing touched off months of protests and became a catalyst for the Black Lives Matter movement, which decries police violence against minorities and calls for greater transparency from law enforcement officials, especially in cases that involve officer-involved shootings.