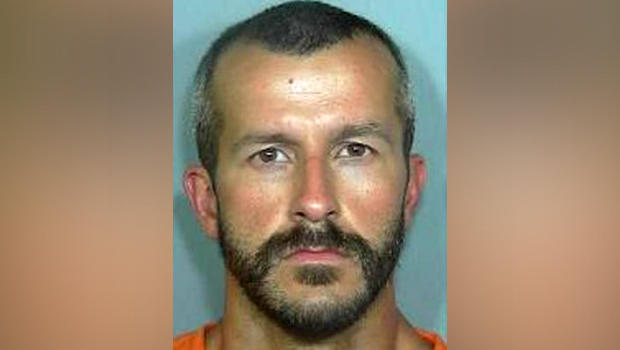 FREDERICK, Colo. — Prosecutors have charged a Colorado man with murder in the deaths of his pregnant wife and their two young daughters. Christopher Watts, 33, was charged Monday afternoon with five counts of first-degree murder, three counts of tampering with a deceased body and one count of unlawful termination of a pregnancy. He will appear in court Tuesday.

The charges come nearly a week after a friend reported 34-year-old Shanann Watts and the girls missing from their home in Frederick, a small town north of Denver.

Shanann Watts' body was found in a shallow grave near an oil tank where her daughter's bodies were submerged for days, prosecutors said in court documents released Monday. Autopsies were completed Friday on Shanann Watts and her daughters, 4-year-old Bella and 3-year-old Celeste. Additional murder counts were filed for both of the girls under a Colorado statute because they are under the age of 12.

The cause of their deaths has not been made public. A defense motion seeking the DNA samples from the young girls' necks suggested that they may have been strangled.

Watts remains jailed in protective custody. Officials held a press conference at 6 p.m. ET where Watts' father thanked everyone for their prayers and support.

Police arrested Christopher Watts late Wednesday on suspicion of killing his wife and children. Their bodies were found on Thursday on property owned by Anadarko Petroleum, one of Colorado's largest oil and gas drillers, where Watts worked as an operator. Court documents filed by defense lawyer James Merson said the girls had been submerged in crude oil for four days.

Shanann Watts' body was found in a shallow grave, according to a prosecution motion filed last week asking a judge to deny a request by the defense for an expert to be present at the autopsies. A judge later approved the prosecution's motion and disallowed the presence of the defense expert. The Weld County Coroner said "time is of the essence" in performing the autopsies given the length of time the girls' bodies were submerged, the document says.

The couple had financial problems and filed for bankruptcy in 2015, but so far investigators have not revealed a motive for the killings.

A day before his Wednesday arrest, Watts had issued a televised plea for the return of his wife and daughters.

Outside the family's home in Frederick, north of Denver, a memorial of stuffed animals, balloons, flowers and messages grew and a candlelight vigil drew dozens of people Friday night.

"This is to celebrate, mourn and get closure for a family that didn't deserve this," said vigil organizer Kelley Trippy. "This is a horrible, horrible, horrible story. It's affected us all whether you do know them or don't know them."

Christine Gentert said a prayer, adding that she wanted Shanann Watts to be remembered for her smile and her love for others.

"I don't want the horror to replace how beautiful she was," Gentert said.

Ashley Bell, a friend of Shanann Watts, said Shanann had planned a party Saturday to reveal the gender of her baby. Frankie Rzucek said his sister planned to name her baby boy Niko.