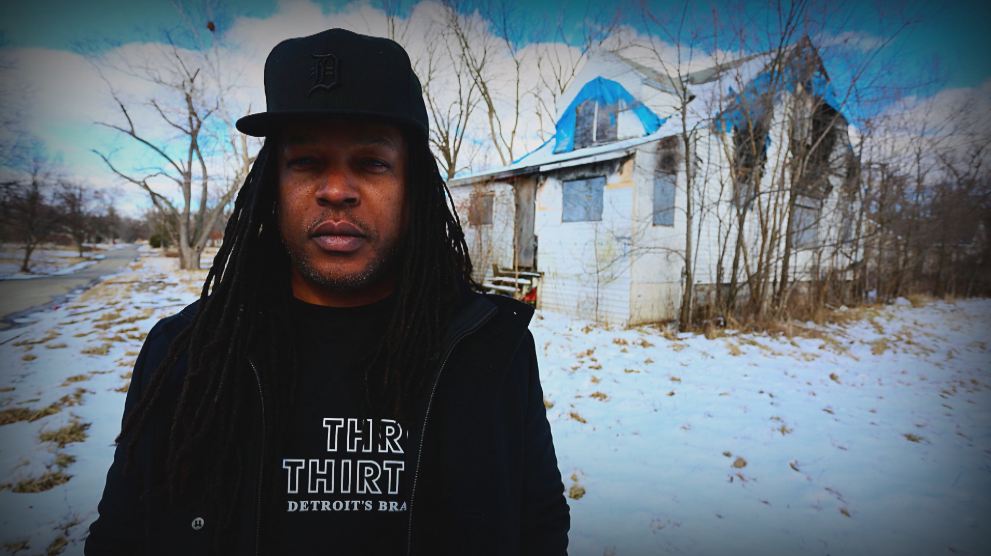 Shaka Senghor is grateful he's not the man he once was. He is a college lecturer and MIT consultant. He also has a popular TED talk and mentors young kids. But his success came after a deadly mistake, reports CBS News correspondent Jeff Glor.

Thirty years ago, when he was just 14 years old, Senghor ran the streets in Detroit. The honor roll student escaped a broken household and embraced a chaotic life selling and using drugs.

"On this block alone, when we were selling drugs, there were multiple of us that had been shot," Senghor said, recalling one day in 1990 when he was struck by three bullets. Traumatized and hardened, he started carrying a gun.

A year later, he fired into a car, killing a man.

"Four. Four fatal shots," Senghor said. "It's not worth it, it's not worth it. That 30-second decision is going to destroy your life and there will be a moment where you'll wake up and you'll regret that decision... every day, for the rest of your life."

At just 19 years old, Senghor was already a father with another child on the way - and now, a convicted killer facing 45 years in prison.

"I went from one broken environment, one very violent and volatile environment into another," Senghor said.

Senghor spent 19 years behind bars -- seven in solitary confinement - time he describes in graphic detail in his book "Writing My Wrongs."

"It was as though I were an emotional vampire, forced to drain blood from unsuspecting victims in order to keep alive," Senghor wrote.

Amid the squalor of prison, Senghor found salvation in sentences. From Malcolm X to Plato, reading brought him to places his incarceration could not.

There were also two very personal letters - one from the family of the man he murdered.

"What I want you to know, other than these painful things that you have brought upon my family, is that I love you, and I forgive you," the victim's mother wrote.

"It was one of the hardest things to do -- is to forgive yourself for something as tragic as taking somebody's life, because it's such a permanent thing," Senghor said.

The second letter came 10 years into his sentence, from the son he never got to raise.

"My momma told me why you are in prison," his son wrote. "Don't kill, dad, please. That is a sin. Jesus watches what you do."

"It was the most devastating' letter I've ever received in my life, but it was also one of the most important letters because that letter helped break through the facade of hood toughness, prison toughness and it got straight to my heart in a real way," Senghor said. "You know, I had to figure out a way to leave a legacy to him that humans are redeemable... and I made a commitment to do that."

Today, Senghor is speaking out against a prison business that he says leads to recidivism, not rehabilitation. He is also working with a group trying to cut the prison population in half by 2025 - a controversial issue but one that is increasingly receiving bipartisan support.

"We will do away with the 'lock them up and throw away the key' mentality because it's proven it doesn't work," Senghor said. "There has to be life skills, there has to be spiritual growth and mental stimulation in a way that speaks uniquely to the person. I'm a firm believer that our human potential to grow and to transform and turn our lives around is infinite."

Senghor also mentors kids at risk of following in his path, but his ultimate focus is on fatherhood. He has a four-year-old now, a life he's determined to be a positive part of.

"So, it's just one day at a time to me, you know, waking up, living every day with purpose. Like, that's success to me," Senghor said. "When I feel like I've done something meaningful for that day, whatever it is, it's a successful day."